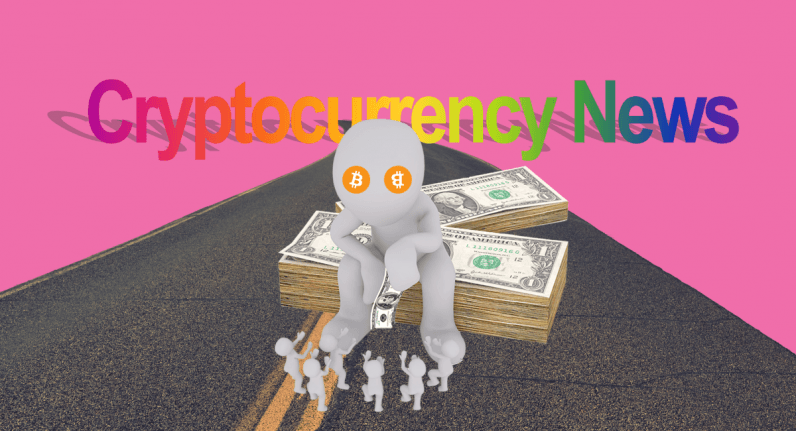 So I’m writing this bit the day before because I literally got up at 6AM, didn’t stop working and thus didn’t actually have time to write this newsletter, but Bitcoin is $10,415 as I write this, which is tied to…well, I don’t really know, again. Coindesk says it’s something about a moving average, or whatever. One thing I can tell you is that there doesn’t appear to ever be a reason why these currencies go up. Other than trading volume. Wait, that’s Bitcoin Cash. What’s going on? Seriously, I need to understand this better. Maybe I shouldn’t have invested my 401k in it? And my house? And my wife?

In a thing I didn’t see coming, Coinbase made 43% of its 2017 revenue during the December crypto-rush. According some report of some kind, The Verge was able to ascertain that the incredibly large amount of money going through Coinbase. I actually did real journalism and asked the writer Adrianne Jeffries – and it turns out that was entirely from transaction fees, not including the coins themselves as I suspected. This is really interesting because it suggests an absolutely astounding volume on Coinbase – at least 6 people bought Bitcoin, paying the regular transaction fee of $50,000,000!

But in all seriousness, if this is true it suggests Coinbase makes a ton of money off of what are not exactly regular transaction fees. I’d be very curious (and I put in an inquiry with Jonathan Meiri, Superfly Insights’ CEO, to ask) to see what amount of that is credit card or bank based. Either way, Coinbase’s fees are astounding, and making an entire company on fees kind of suggests that, like, anyone with a big enough, easy enough website could absolutely eat their lunch. It also leaves them in a really vulnerable position financially – they’re entirely at the mercy of totally volatile markets.

I’m actually surprised business-wise that Coinbase doesn’t move into other altcoins – Ripple, Stellar, and so on – because they’d absolutely make bank on those. Considering their business model seems so landlocked around transaction fees they’d make so, so much. They could say it’s a quality thing, except they have Bitcoin Cash, which I’m not sure why anyone has, but whatever.

Another important part of this is that, well, it isn’t 100% of the story – Coinbase has also got GDAX, their professional product, which actually charges less fees but is the big boy Coinbase. What they make there may be kinda hard to find out! And I’m definitely not gonna do it.

I am part owner of a car dealership and id like to be the first dealership around to accept cryptocurrency, how would I go about doing that the best way? from litecoin

Dude I have an idea, why not accept…US Dollars?

Anyone who got into Bitcoin because he played the smartphone tap game bitcoin bilionaire in 2015 ? from Bitcoin

So this is kind of neat, someone crunched the cost of mining one Bitcoin in electricity. The US takes about $4758, the UK about $8402, and Venezuela only $531. Folks this Venezuelan electricity is a freakin’ bargain! Anyone know anyone in Venezuela who would run my rigs for me? Thank you in advance.

Honestly he’s been a little dull recently. Where’s the McAfee I know and love that sits on a bed eating Safeway cheese plates and waving around an uzi?

Bill Gates is in the news today for saying Bitcoin’s anonymity isn’t a good thing. I totally agree, I want to know who tricked me into giving them 5 BTC because I thought they were actually Elon Musk.

Steve Wozniak, who would like for you to remember he was once at Apple a very long time ago and, indeed, knew Steve Jobs, got scammed out of $70,000 of Bitcoin because someone “bought them from him using a credit card.” Wait, what the fuck? Has anyone done ANY investigation beyond taking that comment at total face value? This is something where you ask him a question like “how?” Seriously, how’d this happen. Did he find someone who wanted to buy his Bitcoin for the same price he could sell it for at any number of exchanges, let them set up a Stripe payment platform, and then just…send them? What exactly is going on here?

Read next: MIT turned old robots and a Roomba into AI-powered carpenters