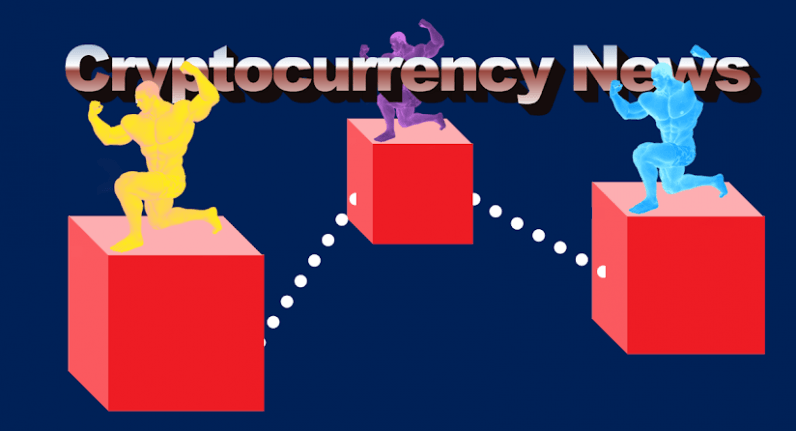 Good morning everyone, I’m here live from cryptocurrency news HQ with some shocking news that I didn’t make up all of. Prepare to gorge yourself on news chow.

Circle, a company that does something, acquired cryptocurrency exchange Poloniex today for $400 million, or roughly three Bitcoin. The deal has people swirling with excitement over the potential of Goldman Sachs having a cryptocurrency exchange desk. Also, what the hell is Circle? Nobody seems to want to say because I am not confident anyone knows. They claim on their website to be “crypto without the cryptic,” which is great because it also has the phrase “invest in digital currency without investing a lot of time deciphering the market. ” Yeah dude, just send a bunch of money without thinking about it into volatile assets. Circle’s main product appears to be Venmo but without the features of Venmo, or being Venmo.

I’m kinda bored of nations having their own cryptocurrency now. The Iranian tech minister said they planned to “implement the country’s first cloud-based digital currency using the capacity of the country’s elite.” Then they said they wouldn’t.

Don’t buy Venezuela’s coin if you are American

Turns out there are things called laws in this country that make that a really poor idea.

CNBC has for some reason covered a thing about an 11-year-old writing a book about Bitcoin. This truly depressing article discusses how an actual child wrote a book about Bitcoin, the currency invested in by larger, sweatier children, sometimes children as old as 40. He’s the son of a tech investor, which no doubt is the reason that he’s done such a normal thing, also likely led to this kind of normal, 11-year-old-style thinking:

“Anyone can learn about cryptocurrencies if they’re willing to spend 70 to 80 hours researching every source until they find a couple sources that make sense,” said Andrew, who lives with his parents and younger sister in Wellesley, Massachusetts. “The whole book, in the simplest terms, is very easy to read and simple to understand.”

Anyone can learn about this normal thing by spending a normal amount of time that a normal 11-year-old would.

Andrew said he owns .00222 bitcoin (about $22.50), which he bought just before Christmas when it was higher, and a little bit of ethereum, but that he’s not buying anymore and would rather own Amazon shares.

So this whole story gets to this point where you find out the kid basically spent 70 to 80 hours researching this topic (maybe) and probably spent like $40 to own $22.50 of Bitcoin. He’s now realized that he’d rather own Amazon shares. His dad is an investor at Matrix Partners, investors in Oculus. So I guess he must have some great advice on investing early in something that you’ll look at once intently then forget ever existed! Folks.

So 50 cent might not actually have any Bitcoin, according to a sworn declaration in bankruptcy court. Nobody lies in there, so I 100% believe him. Sorry to hear that Curtis!

should I borrow 30k and invest them in BTC? from Bitcoin

Yeah dude, get a loan from the bank to invest in Bitcoin. It’s totally reasonable to expect to double your money on a currency that in the last two months has barely gone up once.

Some folks are perturbed because some of our team drink or even toke weed on the job. We have no rules. But ….. If anyone becomes less than the best, we ask them to leave. If you want to shoot heroin and yet continue to be the best programmer on the planet, then have at it.