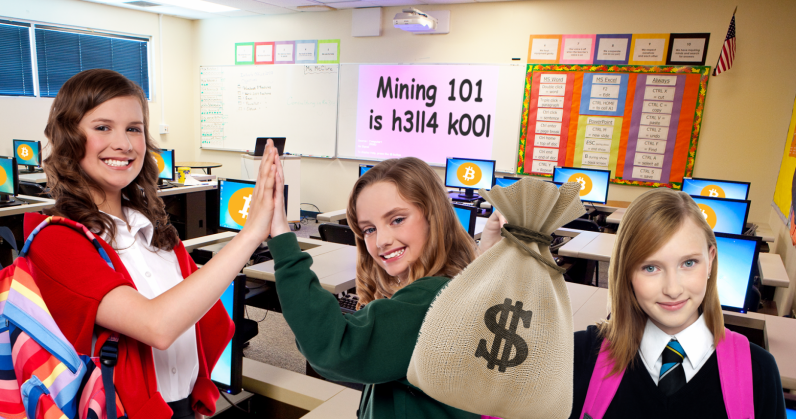 Good evening friends and welcome to the official hard fork of the cryptocurrency newsletter! You may notice some core differences from previous newsletters such as improved grammar, a degree of structure and a new home.

Anyone who held a ZitronCoin wallet last night while we passed block 42,069 will have received ZitronCash and access to this newsletter, which I assume you will continue to pay the $400,000 a month subscription for.

The coins are back in town

That’s right, baby, the coins have officially returned to their rightful place, and now the leader of the pack is the one and only Litecoin, selling for $210.58 as I type this. It’s mere days before the totally legitimate LitecoinCash fork happens, where they simply want your public keys and nothing else.

The funniest thing to come out of this is the following two headlines, which say more about the cryptocurrency industry than anything:

Yeah it’s uh, definitely one of those two. The Litecoin fork is either good or bad. One or the other. Let me get back to you.

Rich Newman, son of Randy Newman, today penned a beautiful valentine’s column about how Bitcoin experts suggest you stay away. Why? Who knows. I read this entire column twice and I don’t really know what he’s getting at. As usual, Reddit had the normal reaction:

Bitcoin "experts" suggest you stay away, so they can accumulate more for themselves. from Bitcoin

Yesterday roughly 800 people sent me this article about how Salon is using deliberate malware to mine the coins instead of letting you see ads. I think this is actually good and not bad, as Chrome is a really fast browser and takes up no RAM at all, so why let it go to waste?

Furthermore, it’s great that now you won’t have ads interrupt such great Salon columns as “what if Soylent Green was an advertisement for the future of food?” and pieces that people already wrote. Either way, this is now how you read Salon I guess.

At least that’s how I read the title. JPMorgan has claimed that there’s some sort of “hash rate arms race” in a great article that reads like when your dad calls you because he saw a news report about dogs doing Heroin:

Bitcoin miners are in an arms race that is driving the cost of minting new bitcoin to all-time highs.

That’s according to a big report on cryptocurrency out Friday by the financial giant JPMorgan.

Miners are the folks who unleash new bitcoin into the universe by running computationally intensive algorithms on systems called rigs. The miners pumping out the most computing power — or “hash rate,” referring to how many cryptographic calculations the machines can do each second — have the best chance of earning a new bitcoin. As such, miners are building more and more rigs to one-up their competition.

It’s not so much wrong as it is dumb and late. This has been happening forever! Why is JPMorgan trying to pretend like it knows what’s going on. I wonder if they’re buying rigs? They’re probably buying rigs.

“If this growth in hash rate continues (as it likely will if margins stay positive) without an offsetting increase in energy efficiency of miners, average costs globally will continue to rise,” the bank found.

Man it’s almost like computers have some effect on the markets or whatever. Also guess what genius – if they increase the energy efficiency of miners, they’re not going to say “hmm, well, we’re all done here making money. No need to build more machines.” No, in fact, they will build even more machines and we will have the same problem.

Did you ever look into the political-economic basis for "smoking is unhealthy"? Tobacco companies were on the verge of ruling the world. Government struck back. I have never seen a valid study implying tobacco is harmful. But I don't offer it. Neither should anyone try to push me

My 40 Ethereum rigs have been infested with deadly spiders, and as a result my mortgage payment will be late. Please send me 0.02 ETH so that I can feed my cat.

Read next: Litecoin’s Charlie Lee: There is only one Bitcoin – and it isn’t Bitcoin Cash