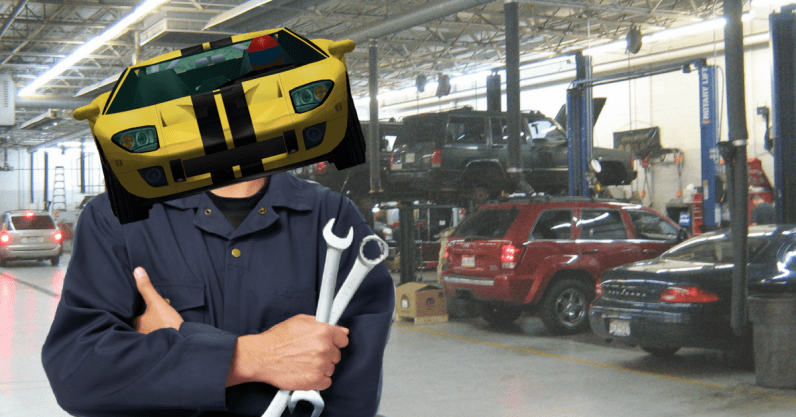 In a world where some transportation technology seems to be going backwards — no more moon landings, the scrapping of Concorde, and public transport failures — the fully autonomous vehicle is a wonder of the modern age.

Perhaps the dumbest thing about a smart-vehicle is the organic matter behind the controls, but even with the might of Musk, Google et al., just how smart are they?

Forget self-driving, autonomous, and smart. Cars have been diagnosing their own problems for decades, and to an extent, fixing themselves. Diagnosing and repairing faults is easy — dependent on the fault — but as software begins to drive the industry, surely it’s just a question of big data?

The earliest fuel-injection systems (mass produced) were capable of monitoring a number of sensors and variables. As the technology progressed, it allowed the FI system to adapt certain parameters, which is definitely a form of self-diagnosis and perhaps even an element of ‘fixing’ the problem.

The difficulty isn’t stating whether cars will have the technology to do it, but rather defining just what could be classed as self-fixing; adaptation could be seen as fixing the problem rather than the cause.

As the automotive industry goes through changes, we need to give thought to the planned obsolescence of the internal combustion engine also. Even a ‘basic’ car has around 30 electronic controllers fitted, some of the more luxurious marques will put that number to around 100, and that’s before we get to self-driving, electric, or hybridization.

With the number of electronic controllers fitted rising exponentially, an intelligent car for today will have around 100 million lines of computer code scattered throughout its controllers. It monitors and adjusts everything from braking, lighting and safety systems right through to engine performance, passenger comfort and even interior space, hence we’re more likely to be looking at big data solutions rather than mechanical.

Of course, some mechanical failures are always going to be terminal and no amount of clever technology will be able to repair it — think of a burst water hose for example, but there is an argument that the management system could overcome the problem, AKA ‘botch’ a temporary fix.

Another argument exists; with tech being as clever as it is, the risk of significant component failure is lessened — sensors would recognize problems before they happened and wouldn’t let a catastrophic failure happen — we see a limited version of that today.

Predictive technology could be the answer

This is where the big data comes in to its own.

Engineers know that components have a limited life, everything has a ‘lifing’ cycle — from crankshafts to driveshafts, but by using the data garnered from millions of miles of testing (i.e., customers using products) that life-cycle could be predicted accurately (although of course there will always be external influencing factors that will shape it).

The simplistic view on data predictions would mean that engineers will know the likelihood of the percentage of consumers who fill up with the wrong fuel, run the car on under inflated tires, or even just simply don’t care how their car is treated. It would also give insight as to when a component will fail, what conditions will lead to an early failure, even how many failures they’ll have per million vehicles sold.

One question, one hundred answers

Will self-driving cars be able to diagnose and repair themselves? Yes. No. Sort of.

It’s all about that definition of repair or fixing.

Without a doubt, the cars of the future will be able to diagnose more faults and conditions than ever before. That particular feature of car ownership may be dramatically influenced by the Internet of Things, and software controlled hardware could possibly outlive any useful life. That doesn’t make vehicles self-repairing in the truest sense of the common meaning, but it does mean a huge step towards this goal.

The question should be whether the technology will allow the useful life of vehicles to be extended indefinitely? Well, the answer to that is most definitely yes.

Read next: The hidden world of Chinese livestreaming app Inke