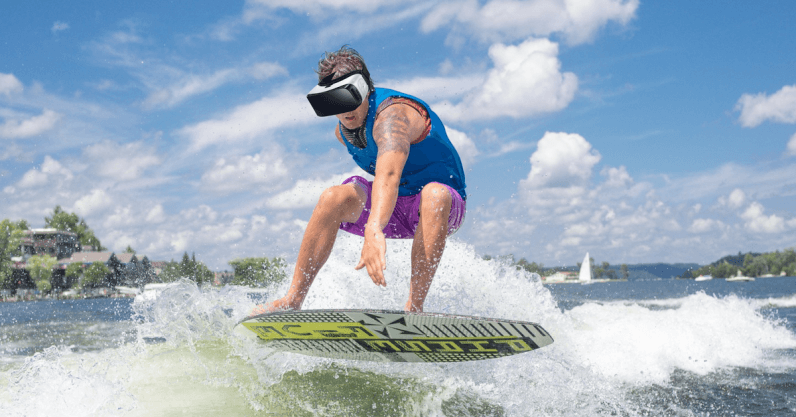 Virtual Reality (VR) is coming to the masses. But how quickly?

An industry segment that truly started no more than a year ago with the launch of headsets such as Oculus Rift and HTC Vive is already a multi-billion dollar enterprise, with every major tech player — Google, Apple, Microsoft, Facebook, Intel, etc. — hoping for a piece of the pie.

Curiously, the battle of the industry titans has seemingly led to slower adoption. Mainstream consumers continue to hold out for the “killer app” — that feature, function, application, or hardware that drives a technology into becoming indispensable.

A more modest user base spread across multiple devices only compounds the issue. Smaller third-party developers are eyeing the industry warily to see which will win out — before committing their development resources.

A journey of a thousand bytes

At times like this, some perspective is in order.

The first commercial computer was released in 1951. While computers had many milestones along the way, the addition of a graphical user interface in the mid-1980s was the personal computer’s killer app.

The first commercial cell phone was released in 1983. While there were many shifts in the mobile phone market, what many would consider the killer app of cell phones was hardware: the iPhone.

With such a large timeline between release and sweeping consumer adoption for those technologies, should our expectations for VR be any different?

The true driver of adoption is the consumer. No matter how transformative the technology, consumers ultimately decide the victor. Tipping the scales towards speedier mass adoption than previous tech waves, more users than ever identify themselves as “strong early adopters of technology.”

Further, customer expectations for technology have changed, even since the original iPhone was released. Immediate gratification is now a user expectation. Users get excited about new tech quickly, but along with that come high expectations. Although VR is still in its relative infancy, consumers are already asking, “Where’s my killer app?”

Be careful what you wish for

But wait. Creators want to get VR in the hands of consumers. And consumers have demonstrated interest. This should be a match made in heaven!

However, there are drawbacks to such an arrangement.

Consumers nowadays are preconditioned to assume that new tech emerges as fully formed, perfect products. They expect hardware and software to immediately have that killer app tailored to their every need and quickly grow frustrated with those that do not.

It is easy for both consumers and creators to forget that the technologies we now take for granted went through growing pains. These periods are necessary — those awkward teenage years help products grow into well-rounded adults. While consumer-grade VR has taken massive leaps within a short period of time (and will only accelerate with Apple’s ARKit and Android’s ARCore), creators often struggle to keep up with the blazing pace of the industry.

Outside of gaming, the killer app for VR (according to mainstream consumers’ purchasing standards) has yet to emerge. The industry undergoes near daily transformations and shifts, and creators are sprinting to keep up, knowing if they are able to build the “killer app,” a massive customer base is theirs to win.

Based on current trends, my guess would be there will not be a single “killer app,” but as many companies discover how VR works best for them, we will see many apps arise across a broad spectrum of industries that will be considered “killer apps.”

When sitting at the peak of a technology wave, it is often difficult to diagnose just how large the wave is. However, in a few years time, we will look back and wonder how we ever went through a day without encountering VR.

For content creators, there is no better time to enter the market. With the accelerated life cycle of products, it’s more important than ever to experiment and iterate often, and determine what works best , or risk falling hopelessly behind.

Developing a strong product takes time. It takes experimentation, and missteps, wrong turns and course corrections. Because no one has emerged as the clear victor — the time is now for creators to dive in.

Further, the current uncertainty represents a huge opportunity for creators to enter the market and define their corner of the world as “first-to-market,” potentially winning over a massive audience in the early stages of growth.

For some, this could mean numerous large VR engagements, with multiple substantial consumer-facing applications. For others, it could mean tackling small experiments, quick hits made specifically to explore how VR best serves respective industries. The only way to know for sure is to get in and try it out.

However you choose to approach it, now is the time to dive in. As we await the sea change, you have the opportunity to position your company to ride the transformational wave of how we live and work. You have the potential to create THE killer app for the largest change tech may see for decades.

Your customers are waiting.