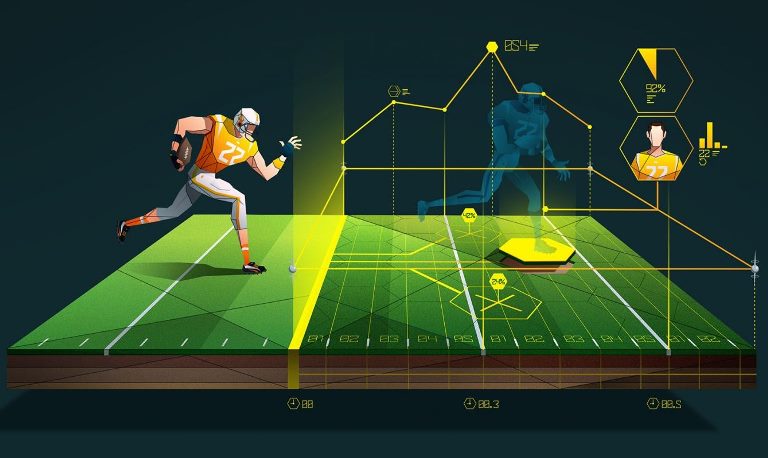 Whether you are actively involved in sports or are one of the many people who simply enjoy observing any kind of sports and related activities, then you will know exactly how much technology can affect the industry.

Video referees and goal line tech, for instance, have changed the face of certain sports forever. Changes introduced by technology are often controversial but their impact is far too obvious and enormous to ignore.

Sports technology constantly improves lives in both sides of the coin

For elite athletes, sports technology in its many forms is often a godsend that can completely change their lives for the better. For those athletes, performing unprecedented physical feats or scoring the highest number of points is the achievement that they strive for during the course of an entire lifetime.

A swimsuit that allows a swimmer to perform even 5% better might not be something that would get a lot of people excited but it is certainly something that could have huge implications in the life of a professional swimmer.

On the other hand, the general population might find difficult to accept changes such as goal line technology but they soon become integral parts of the experience as sports constantly change and evolve with the times.

Sports technology allows for improvements across all areas

Elite athletes spend a considerable part of their everyday time and a huge chunk of their lives into perfecting themselves in regards to physical shape and form, performance, and every other area which may affect how well they do in their chosen sport.

Sports technology helps that process in many different regards. For instance, running shoes are specifically designed to make everything as safe for runners as possible and to also allow them to reach their top physical performance.

The same goes for every kind of sport. Athlete safety is a top priority as seemingly simple injuries can be absolutely devastating for someone who has to keep their body in top shape in order to perform at the top of their field.

After all, if any random person breaks their leg it will definitely be a hindrance to their lives and could certainly affect them in the future. If the same happens to an athlete, they may not even be able to compete at the same level ever again, depending on several factors such as the severity and exact nature of the injury.

While a lot of sports technology is concerned with top-performing athletes and how to improve that performance and take it to the next level, there is also a huge part of it concerned with how the general population is involved with sports and how to increase that involvement.

For instance, some researchers are trying to find a way for badminton to be played in open-air, public locations, which means that they have had to develop a shuttlecock that could actually perform in such conditions.

Others are trying to find ways to get more people excited about sports and to develop ways through which those who may have not previously had the opportunity to be involved, such as those with certain physical disabilities, could now potentially take part in such activities.

Sports are, after all, a major part of human culture across virtually every nation, so long as we place sports under the wider umbrella of physical activity for entertainment purposes.

As such, it is only logical that those involved in the field of sports technology would want to get as many people interested in sports as possible.

Sports technology is deeply integrated in all areas of the industry

When you are watching a swimming competition as a casual observer, you may not realise just how much of an impact technology has from essentially start to finish.

For instance, the study of body biomechanics has allowed us a much closer look in what happens in a swimmer’s body depending on their movements

Swimsuits which allow swimmers to get into a shape that is more hydrodynamic also have a huge impact with virtually all of the top performers being extremely careful in their suit choices.

And those are just two small examples from a specific sport. The integration of sports technology is far bigger than outsiders might think, even when it’s effects are considerable.

Even when you are choosing a ping pong table you now have a host of different options which have been augmented by sports technology. From casual play to competitive play, there is something for everyone.

There are plenty of exciting innovations ahead

With things like artificial intelligence, machine learning, as well as virtual and augmented realities, the possibilities for innovation in the field of sports tech are practically endless.

Soon enough, we might have fully equipped VR training rooms which will allow athletes to perform at the top of their game without constantly risking physical injury and by allowing them to take a different perspective on their performance.

On top of that, we may well invent new sports which will integrate new technologies in even deeper ways than what’s already happening. The future of sports tech, and sports in general, is truly an exciting one.

Read next: The best time to launch your startup is now