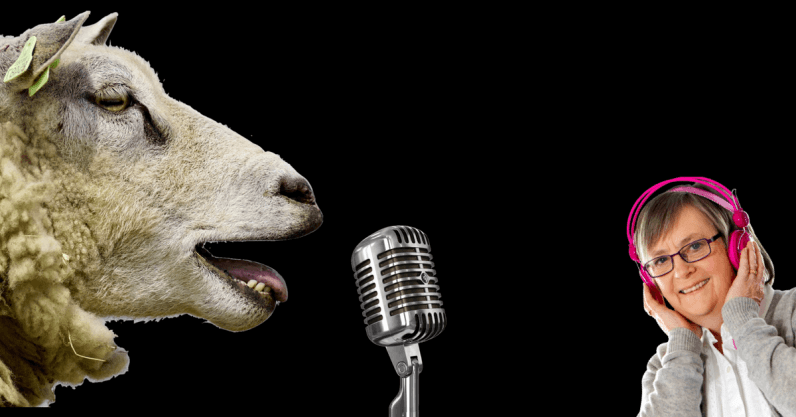 Talking, once seen as the less cool forerunner of text messages and Whatsapp, is having something of a comeback, much like (regrettably) three members of the 90s British boyband, Five.

Look at the race to dominate in voice-activated devices which saw the likes of Google, Amazon, Apple, and Samsung going head-to-head in 2017. From our friend Alexa and the compact Google Home to the wonderfully titled LingLong DingDong — China’s leading voice-activated device from JD.com — 2017 was big for voice.

But 2018 is going to be even bigger. With more tech companies getting involved in the game, brands would do well to take note and start producing content worth shouting about.

So why will voice explode in the new year?

Podcast popularity — audiences are listening, and advertisers should be talking

The RAJAR report (PDF) told us that, in the UK in 2016, there was a 27 percent rise in the number of people listening to podcasts over the year. To put that in terms of real people, 4.7 million adults in the UK alone tuned into some kind of a podcast in autumn 2016, compared to 3.7 million in 2015.

And they’ll continue to be produced, with even higher production value, as brands realize that podcasts are a great chance for them to get up close to their customer, quite literally speaking into the ears of an interested audience with a strong emotional connection to the content. If you’ve ever had a conversation with a fellow ‘Serial’ listener, you’ll know what I mean.

This is already happening in the US, while in the UK podcasts are like the wealthy ageing population: largely ignored by brands. With no click-through, and no ability to even hear the ad unless you go into the podcast — talk about visibility metric disasters.

However, out of sight, out of mind is a terrible mantra for getting up close and personal with customers (or, as I like to call them: people). 2018 will show that brands who’ve bought into voice tech and audio are the ones who are winning, with low costs and high rewards.

Interactive gets interesting — people want to have a dialogue, not just passively absorb information

We’ve already seen this start to happen. As voice-activated devices gain in popularity and increase their skills, users at home will want more from their voice assistant. You can already book your Uber and order your JustEat through Alexa — though you still have to accept your two pizzas and extra garlic bread from a real human delivery driver in most cases.

Other brands should be looking at how they can introduce skills that can benefit them. Whether that’s by offering a personal stylist, working out innovative ways to connect items in the smart home, or creating content, interacting with instead of to the consumer will soon be seen as crucial, much like it’s on social media. Accenture recently reported that 60 percent of people would like to use an Amazon Echo in their shopping experience. In fact, seven percent already are.

The BBC has already stepped up to this new challenge — producing a tailor-made drama for audio devices: The Inspection Chamber. An interactive entertainment source could be like gold dust for brands producing content or ads, with listeners actively participating and therefore ready to absorb information.

Publishers are also on board with voice tech

The Financial Times is converting its articles into audio for some of its subscribers, and reportedly many publishers have entire teams dedicated to Amazon Echo content. Vogue, in September, brought its issue to Google Home, as people asked questions about celebrities and were answered by pre-recordings of Vogue journalists.

Increasingly in 2018, publishers will find new ways to get involved with voice tech as the trend gets legs and starts to become a day-to-day part of our lives. This means new ways for other companies to innovate and expand their use of voice tech in partnership with publishers, who are getting ahead of the latest technologies.

The success of brands such as Audible and the development of voice device skills, like the ability to get special Amazon deals when you voice shop with Alexa, shows us that listening is here to stay. Investing now in content and media is important to stay ahead of the conversation in 2018, figuratively and literally.

The brands who do this well will see the long-term benefits of creating a brand voice and storytelling to build emotional connections with people — it’s as simple as that.

Read next: A GIF-filled guide to being an unusually good web developer