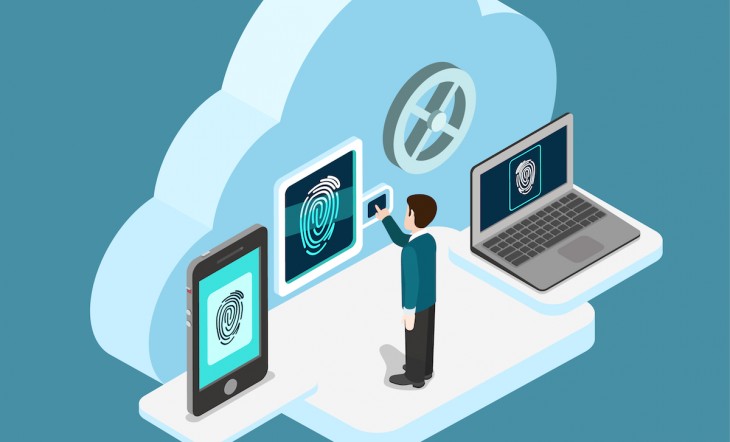 When was the last time you used a digital device to, in some way, confirm your identity? If you’re like most consumers, it was probably today, when you logged into your email account, or tried to check the balance of your checking account. You might have even done it when you used a thumbprint to unlock your phone.

We’ve grown so accustomed to the process of using digital methods to confirm our identities that we barely give it much thought, but we’re currently embroiled in a pivotal crossroads of identity confirmation—and how it plays out will have a significant impact on our security, as well as how we live our lives.

The problem with the current state of ID security

Most of our current technology revolves around straightforward means of identification; most of your log-in options, for example, require you to conjure the username and passwords you’ve decided upon in the past.

For most systems, this is sufficient information to guarantee your identity. For more complex exchanges, such as proving that you’ve read and agree with a given document, there are more sophisticated technologies, such as software created by document signing companies.

But there are a few problems putting strain on our current systems:

We’re at a crossroads, and we need better systems of identification, so what can we do?

One of the best options is one of the oldest on this list, and it’s relatively simple to execute: multi-factor authentication. The idea here, in case you aren’t familiar, is to use multiple different means of identification to positively ID a user; for example, you might log in with a username and password, but also need to enter a unique signature code sent only to your personal device, such as a smartphone.

It’s currently being used by many banks and financial institutions, and you’ve probably used it in the recent past. The biggest problem is the inconvenience; it takes extra time to verify your identity, which is annoying, and may require the use of a device you don’t have with you 100 percent of the time.

Cryptographic signatures are another new method used to verify a personal identity, and it offers more anonymity than multi-factor authentication. They’re frequently used in blockchain interactions, which are primarily used in cryptocurrency exchanges, and can reliably verify a user’s identity while still affording some measure of anonymous protection. The combined use of a public key and a private key ensures that each user in the transaction is who they say they are, and ensures that the transaction is recorded publicly in the distributed ledger.

The biggest problems with this approach are its technical complexity, since you need to generate a lengthy cryptographic hash, its susceptibility to fraudulent users (who could feasibly steal your identity), and the fact that its semi-anonymous basis makes it hard to tie a digital identity to a physical one.

Biometrics have gotten lots of press over the past few years, and for good reason. We’re entering an era where our thumbprints, facial structures, and even the shapes of our ears could feasibly be used to ID us, in an instant, with almost any digital device. It’s fast, convenient, and relatively secure, considering it’s hypothetically difficult—if not impossible—to perfectly replicate someone else’s appearance.

There are still problems to overcome here, however; biometric signatures can still be replicated with prosthetics or tech designed to fool biometric scanners, and there’s little protection if an accident or aging changes your physical characteristics beyond recognition.

These aren’t the only options to consider, but they are some of the most prominent. Between them, and other options, these are the key obstacles that still need to be overcome:

The current state of digital identification is unacceptable, but there are many potential paths forward, all of which have strengths and weaknesses. The optimal solution will find a balance between usability, convenience, and true levels of security, but it’s unlikely that one solution will emerge to cover all three areas efficiently.

Instead, we’ll likely face an era with diverse means of digital identification, at least as a short-term solution until we come up with something better.

Read next: Smart glasses are coming this year, and I'm not ready