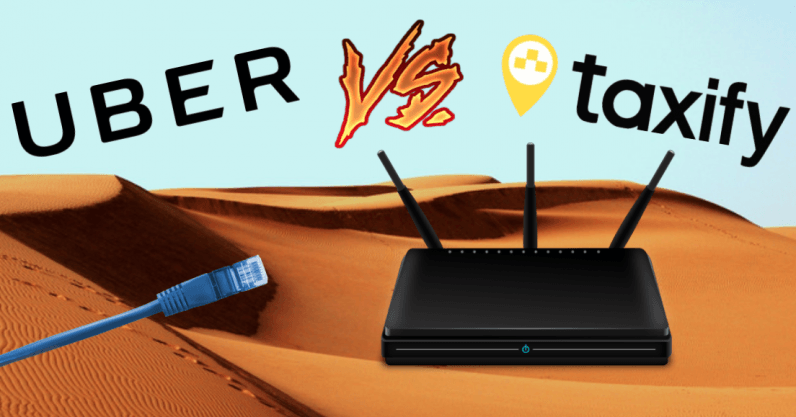 Steps forward and steps back in African tech as 2017 turned into 2018, but never quiet.

Not to be outdone, Uber was also busy, launching uberCHAPCHAP in Kenya, a service that guarantees riders they are using fuel-efficient cars. The company also confirmed it will launch UberEATS in Egypt this year.

Or is it? That will all depend on the result of a court case in the North African country, where Uber and Middle Eastern equivalent Careem are being sued by taxi companies who feel they should be subject to the same regulations.

African governments continue to make themselves controversial by shutting down internet services, with the Democratic Republic of Congo (DRC) doing so this month during its election cycle and South Sudan also flicking the “off” switch due to violence.

In Cameroon, where those living in Anglophone areas have mostly been without internet for the best part of a year, pressure groups Access Now and Internet Sans Frontieres have announced they are suing the government in order to get services reinstated.

Governments and regulators are also proving themselves pretty regressive when it comes to Bitcoin and other digital currencies. Kenya’s Central Bank has essentially said investors are on their own when it comes to Bitcoin, but that’s nothing compared to what is happening in Egypt, where the country’s Grand Mufti Shawki Allam has literally issued a “fatwa” — religious edict — against Bitcoin, saying trades in it lead to “fraud, betrayal, and ignorance.”

As ever, there is a glimmer of hope from Rwanda, which has partnered with the World Economic Forum (WEF) to draft and adopt performance-based drone regulation for the East African country.

There was some good news from the continent’s tech space in January, especially in healthcare. The non-profit Novartis Foundation has partnered with the Ghanaian government to scale a telemedicine project across the West African country after a successful pilot, while in Ivory Coast Orange has partnered the Vaccine Alliance in a US$5.5 million deal that will see mobile technology used to inform parents on the importance of vaccination by sending text and voice messages in the local language.

Other developments saw Econet Wireless partner Untu Capital in Zimbabwe to roll out a mobile money-based bond platform, while Google launched a data management app in Nigeria. Local Nigerian hotels-booking startup Hotels.ng announced it is expanding across Africa and into new verticals with the launch of two new platforms.

African tech startups received a boost with the launch of a new $68 million USD VC fund by Partech Ventures, while they have also found new ways of raising money. Nigerian fintech startup SureRemit began the year by securing US$7 million via an initial coin offering (ICO), the biggest such raise on the continent thus far.

In other Bitcoin funding news, South Africa’s Centbee also secured backing, while Gron Digital is running its own ICO for a blockchain-based gaming platform. There were more “traditional” funding rounds for South Africa’s wiGroup, Nigeria’s Rensource and Kenya’s TabAds, and even an acquisition as Ghana’s Kudobuzz bought AdGeek. That’s your lot.