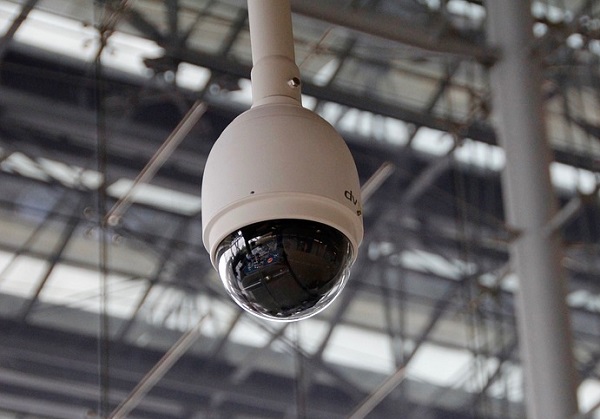 In his book 1984, George Orwell detailed a dystopian world wherein a person or persona called “Big Brother” saw everything that people did and where the central government pushed its agenda through propaganda, spying, monitoring, and thought controls.

That book was published in 1949. It is now 2017, and while we do not exactly have a Big Brother persona governing us, the Orwellian scenario is pretty much familiar. And it is not by means of some ultra-fascist government or political party. Rather, our loss of privacy and Big Brother’s influence on us are brought about by none other than our penchant for sharing on social media.

In 2013 Vint Cerf, who is considered as the father of the internet, said that “privacy may actually be an anomaly.” Throughout history, people preferred communal settings in just about anything — the concept of solitude and privacy was something limited to monasticism.

Greg Ferenstein outlined the history of 3,000 years of privacy through 46 images. You might notice that history agrees with Cerf — and the artworks and imagery at least showed how people did things on a communal nature. It was only during the industrial revolution that we started to have a preference for privacy.

And with the rise of social media, that cycle means we are now moving again toward loss of privacy.

Imagine how much people have been sharing online, with friends and even the public. This includes photos, status updates, locations, all that while tagging friends who may not be aware they are being connected with photos, events, and places.

It’s not even limited to Facebook. No matter how little you share, all the meta data involved in just about anything you do online can constitute your digital persona.

All of these digital crumbs, so to speak, paint a digital picture of us, which bots, machines, and even data scientists, can lead to our digital makeup. Add to that the evolving technologies of facial recognition and machine learning — this means tech companies might know more about us than we do.

And this is extremely useful to anyone who needs to do any customer targeting. Ask advertising agencies and marketers.

Did you know that the social network may have the capability to listen in even when we are not actively sharing information or using the mobile app?

You heard that right.

Given the amount of permissions we give social networks when we install apps on our mobile devices, we might as well just hand them over privileged access to our personal lives. With passive listening technologies, for instance, Facebook might be able to eavesdrop on conversations.

In 2016, a University of South Florida mass communications professor, Kelli Burns, shared her observations that the Facebook app delivered content based on things she mentioned in a conversation.

The idea that Facebook is passively spying has since been debunked, and Burns herself said her comments may have been taken out of context. However, this does not preclude the fact that Facebook itself has admitted to using smartphones’ microphones whenever necessary. “We only access your microphone if you have given our app permission and if you are actively using a specific feature that requires audio,” it said in a statement.

This refers to app features like song recognition and video capture, among others. However, it does not discount the fact that Burns observed a few relevant ads to be pushed in her feed when she mentioned certain keywords.

It all boils down to the permissions you have granted Facebook when you install the app. In most cases, granting permission is an all-or-nothing affair. This means you cannot cherry-pick the permissions to grant or deny when installing an app. You either accept or decline.

What you can do

This does not mean we can just simply let Facebook or other applications get away with potentially being able to eavesdrop on our conversations in order to “serve better ads”.

My first solution is quite drastic, but for people who are really paranoid about their privacy, then it is a good choice. Facebook is known to be a resource hog anyway — it reportedly shortens battery life significantly, due to its need to refresh and update on a regular basis. Thus, uninstalling apps like Facebook can help both improve your privacy and reduce battery drain.

On the second solution, there are alternative applications to Facebook and Messenger. For example, you can easily access the social network through your mobile web browser and set it to “desktop mode”.

There are also alternative apps like Fast and Friendly that give you access to the social network without the added overhead and features that the official app has. You can also use Telegram which ensures encryption and privacy across all communications.

Thirdly, you can take control of your smartphone’s mic through another means. On Android, an app called RYL or “record your life” lets you do just that.

It compiles a live recording thus letting you keep track of your daily activities (at least the audio) for up to seven days. The added benefit? Because RYL locks the mic for its own use, other eavesdropping apps (Facebook, Google Assistant, etc.) will not be able to listen in.

Perhaps a technology that offers more transparency, security, and assurance of user benefit would be a better alternative. Case in point: With the rise of blockchain technology as a distributed means of accomplishing transactions, exchanges, and digital contracts, this can certainly include social networking as a natural extension of information exchange that offers both privacy and transparency. This is what Nexus, a new secured and decentralized cross-platform social network is planning.

By running its platform on top of blockchain technology, Nexus integrates social networking, crowdfunding, and even e-commerce features embedded. Nexus is aiming to “eliminate all invasion of privacy that large corporation are currently performing” according to its founder, Jade Mulholland.

Toward the future of social networking

We are at an era wherein we have chosen to give up our privacy all for the convenience of being able to share and engage with our friends online. The more we share, the lower our privacy becomes. Social networking does not have to stop there, however. And we do not need to entrust all our social connectivity needs to a single company.

Perhaps decentralization is key to ensuring a secure social network built for the long run. Nexus is actually launching its initial coin offering (ICO), which aims to raise resources and give users the chance to own a part of the social network through cryptographic tokens. Where blockchain-powered social networks will lead us, only time will tell. But it seems that the wave of the future is focused on decentralization, auditability, and flexibility offered by the blockchain.

Your privacy should still be considered sacred, especially if it pertains to what you say to another person face-to-face. If you are worried about your smartphone or other device listening in via its apps, you should act now, in order to further protect yourself against eavesdropping, which is very real.

Enjoyed this post? Read these next:
– This creepy tool reveals how Facebook’s AI tracks and studies your activity
– Facebook tracks scary-specific details about your life. Here’s how to find what it knows