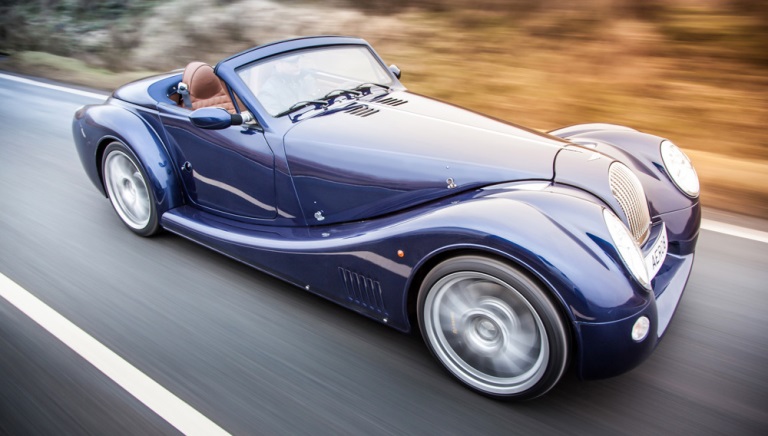 A couple of decades ago, the coolest Infotainment system you would expect to see in a car would be something like a 2-color display giving away some information about the song that was currently playing on the radio.

Today, things have obviously changed quite a bit. Car manufacturers, drivers, and everyone else in between them has now invested heavily, both financially and emotionally, into the idea of the car of the future.

But what does that mean anyway?

For many, the car of the future is already here

Pretty much every single reputable car manufacturer that you can think of right now is currently involved in some kind of advanced car tech innovation in many different capacities and across various departments.

For instance, Tesla has put gigantic screens inside of its cars and has also equipped them with some fantastic automation capabilities which allow them to not only assist the driver in operating the vehicle but also to avoid accidents.

After many companies introduced parking assist systems which warn drivers when they are nearing an obstacle, some car manufacturers even introduced self-parking cars which can pretty much do miracles.

If all of this shows us anything, it’s that the car of the future is already here. It may not be flying and it won’t make you coffee but it will certainly make the driving experience much more pleasant than it was even a few years ago.

Anyone who has been in a new car will know that car Infotainment systems have changed in incredible ways throughout the years. Today, pretty much any car is equipped with some kind of navigation system or at least an integration with existing phones and services.

On one hand, this has led to some pretty interesting and convenient features like the ability to install new apps and fiddle around with your car’s various entertainment systems.

On the other hand, however, many of these systems are simply too counterintuitive to be of any use. In an effort to pile on as many features as possible, car manufacturers have sometimes forgotten that the user experience is only augmented when those features are simple to use and not just nice to look at.

Of course, manufacturers are not the only ones who are interested in car tech. There are independent companies out there attempting to simplify things and give the public a different way of interacting with their car, one that will save them time, effort, and potentially increase their safety.

User interfaces have proven to be a highly controversial topic

In today’s digital world, people find it incredibly difficult to part ways with their smartphones, even when they are in situations where using them puts themselves and others at risk, such as while driving.

Some car manufacturers have tried to accommodate for that by including all necessary tasks in their in-car infotainment systems, with varying levels of success.

Even Google and Apple have made attempts to include their own platforms in cars in an effort to expand their horizons and also seamlessly integrate the smartphone and driving experiences into one.

Few, however, have managed to make systems which fulfill all the necessary criteria of safety, convenience, ease of use, freedom of choice, and more.

As an example, haptic feedback interfaces which allow drivers to keep their eyes on the road, never managed to take off despite being the safest alternative.

Fancy infotainment systems, such as Tesla’s massive display, are somewhat of a luxury item themselves and car owners are very much proud of the gadgets included with their new cars.

For the future, safety should take precedence over luxury and comfort

Now that self-driving cars are close to becoming a reality and not just a far-fetched sci-fi concept, we should be focusing our efforts in ensuring that driving is as safe as it can be and that car accidents and their unfortunate consequences can be reduced to a bare minimum.

There is no doubt that new cars coming off the production lines are more luxurious and safer than ever before, however it will be many years before they become the norm on our roads. With the average life span of a vehicle being 12+ years, that leaves a lot of cars (approximately 250 million) driving daily without the latest safety and connectivity technology built in.

This is where splitsecnd plays a life saving role in bridging that gap and has democratized the built in life saving safety capability that traditionally exists only in new high end vehicles. — Mel Taylor, President and CEO, splitsecnd

That is not to say, of course, that car manufacturers have neglected safety in favor of comfort. On the contrary, modern cars are safer than ever and they are designed in such ways so that drivers and their passengers can survive most accidents.

However, little things like a driving taking their eyes off the road for a couple of seconds in order to play a different track can prove to be highly problematic and, in worst case scenarios, even fatal.

If self-driving cars take off, it will mean the end of an era for the wreckless driver as we will hopefully usher into a kind of transportation that will be more about getting from point A to point B than anything else.

In case they don’t, which is also a real possibility, we should at least be focusing our efforts on ensuring that things such as a car’s interface and how drivers interact with it are intuitive and as safe as they can be.

Read next: Peaks and valleys: An honest look at the startup ecosystem in Switzerland