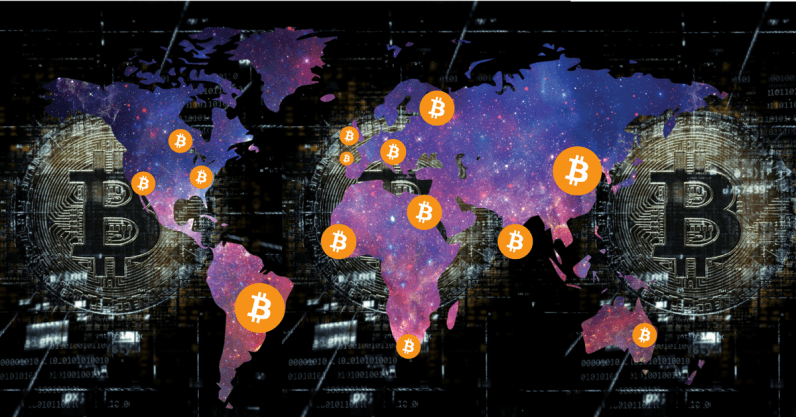 In the last six months while I’ve been actively writing about blockchain and cryptos, there’s one question that people keep asking me “Why is the price of Bitcoin different between countries? Does that mean I can make money from arbitrage?”

The short answer to that question is, ‘Yes.’ Of course, it’ll entail a lot of work when it comes to correctly reporting your transactions to the tax departments in your country. But that aside, arbitrage is possible because different countries buy and sell Bitcoins at different prices. But why is that?

Because Bitcoin has no international price.

And the reason for that? People don’t seem to have consensus on what Bitcoin really is.

The purpose of Bitcoin

It’s said that, “value is always perceived” — and in the case of Bitcoin, that holds truer than ever. With no widely accepted use case available, everybody has their own reason to buy into Bitcoins. For some, the reason is the belief that the blockchain technology powering Bitcoin will flourish someday. For others, the reason is that the Bitcoin that they would buy now will become usable at some point in time in everyday use. And for yet another group (perhaps most), the reason is pure greed; they want to buy in the hope to sell at a higher price — making a quick buck without much work.

With such varied expectations from Bitcoin’s future, it’s challenging to have a consensus on what Bitcoin’s purpose actually is, and by extension, its value.

Nobody knows. And everybody’s speculating.

This speculative nature of the market makes it possible for Bitcoin vendors to sell Bitcoin at a price that the buyer is willing to pay. For example, on average in India, Bitcoins are sold with a 20 percent premium compared to the US market. That’s not all, as usually in India, the difference between the buy and sell price is over $1000.

And people are still buying. Why? Well, because they don’t really have a choice if they want to buy crypto.

In certain parts of the world, Bitcoins are generally bought from a Bitcoin vendor, instead of peer-to-peer exchanges. P2P exchanges take place on a platform where buyers are matched with sellers. The platform then gets a small commission fee for making that match happen. A vendor, however, is a business that holds a large reserve of Bitcoins and a large reserve of cash. A buyer can buy Bitcoins for cash at the predetermined prices the vendor has set.

The reason for this is that both vendors are competing with each other in the same market, both of them will have a similar demand and similar prices. If a third vendor shows up, but in a different country, he/she will not be influenced by the market conditions of the first two vendors.

Due to geographical and banking limitations, to buy Bitcoins from a vendor in any country, you must have a bank account and an ID in that country. For instance, since Indians cannot buy Bitcoins from Coinbase, they are stuck buying from local vendors. Therefore, the prices of the local vendors are irrespective of the international vendors.

The vendors know that their buyers cannot buy from vendors outside of the country; therefore, the only competition they have is the other local vendors. Also, with the local vendors, there will only be a handful of them at any given time, because procuring a vast reserve of Bitcoins is not an easy task.

The entire crypto market is brand new and nobody knows what’s the purpose of Bitcoin or what the future looks like. Everybody has their own version of the story about the future of crypto that they want to believe in. And that makes the following graph, not a graph of disruption, but that of greed.

Don’t get me wrong; I am not a non-believer in the blockchain. I am a huge advocate of the blockchain, crypto, and a decentralized world. I am just saying that not all the money that this market has seen is ‘smart money.’ A lot of it is greedy money that will disappear someday when people have made their desired profit. When that happens, a rational demand will make the prices more or less the same across the world.

Until that day arrives, let’s have an enjoyable ride navigating through the chaos.

Read next: Get your side hustle on with Amazon and eBay—this 12-course package shows you how