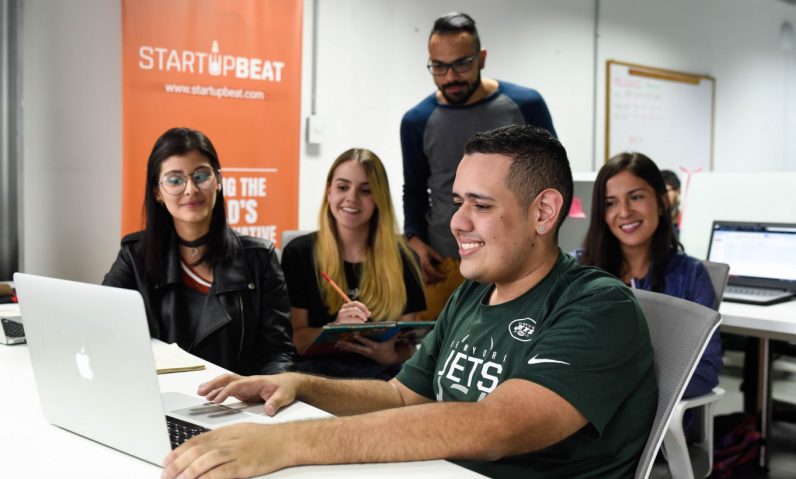 Latin America has been receiving a lot more attention in recent years as a new and exciting location to start one’s business. Since venture capital firms such as Andreessen Horowitz and Accel Partners started investing in Mexico, Brazil and Colombia and global startup organizations like 500 startups and StartupBootcamp began to lay roots over the continent, foreign businesses have started to take note of a potentially profitable region to startup in.

For many founders the idea of lower startup costs, taxes, and salaries for a core team – and now the increased chance of catching the eyes of investors – might first draw their attention south of the US border.

However, while startup costs are a draw for early stage startups with limited resources, there are plenty of other reasons to start up in Latin America.

Ease of setting up business

When setting up a business abroad, startup costs are not the only foreseeable roadblock that slow you down. Founders need to consider other factors such as how much red tape is in place for foreign entrepreneurs, and whether the local government is building walls or bridges to attract international business.

In comparison to the United States, where the visa application process is becoming more exclusive, Latin American countries are trying to make it as easy as possible for founders to set up shop. While bringing on a native partner may still speed up processes, countries like Chile, Argentina and Colombia have loosened work visa requirements to attract foreign business to their countries.

Administrations all over Latin America are realizing that supporting startups provides more jobs, and increases visibility to foreign investors which boosts their own local ecosystems. Aside from founders, they are also trying to attract technical talent, with experts suggesting that most of Latin America — apart from Chile — will have a technical talent deficit by 2021.

Latin America is also ahead of the crowd when it comes to government backed startup accelerators. Start-Up Chile, which launched in 2010, has offered an exemplary model which has since been adopted by other countries. Since its launch Start-Up Chile has provided over $40 million in funding to over 1,300 early stage startups from over 80 countries.

In Argentina, since the beginning of the Macri administration the government has taken positive steps to attract foreign businesses by rolling out a new ‘Entrepreneur’s law’, Ley de Emprendedores. The Entrepreneurs’ Law will make the process of legally registering and growing businesses in Argentina easier. Startups will be able to register businesses online within 24 hours using a simplified business entity model, and people are helped to register a local bank account and be provided with a local business tax and registration number.

These government backed initiatives are not only great for providing assistance in registering, funding, and visas, they also actively help foreign businesses find local employees. While the talent pool may be smaller than in the United States or Europe, there is less competition from local startups than in more established startup hubs.

While most business can be conducted online nowadays, in many scenarios the value of face to face meetings outweighs the financial hit of paying travel costs.

However when choosing a foreign location, it is important to choose a base with affordable — and preferably direct —  flights to your target markets, as taking long journeys with multiple connections can become draining. If you don’t believe me, try heading straight to a client meeting after 4 back to back connection flights. Coffee can only help up to a point.

Luckily for me, low cost carriers in Latin America such as Chile’s SkyAirline , Colombia’s VivaColombia and Mexico’s Interjet are making it affordable to travel between neighboring countries in South America, and also increasingly opening up routes to the United States. VivaColombia, which until recently only flew domestically in Colombia, now offers flights from Medellin to Miami, which are quicker and cheaper than a flight would be from New York to Miami using domestic carriers.

As a data point, a recent flight of mine from Colombia to Miami was $69, and these prices aren’t difficult to find. Within the country, a one-way flight from the capital of Bogota to Colombia’s second largest city Medellin can be found for $20.

The ability to travel affordably has also allowed us to make connections with communities in neighboring countries. Our team has developed strong links with startups and entrepreneurial organizations in Peru, Argentina and Chile amongst other countries, and due to the low travel costs, we’ve been able to send team members to visit these organizations, and to invite representatives to our headquarters. Having the financial bandwidth to invite people to visit is particularly important when organizing events and conferences.

While many founders in Europe or the United States may dream of setting sail for warmer climates in winter time, for outward facing business roles, such as customer service or sales, it’s important to have teams on a similar time zone as your target market.

If you set up shop in Jakarta, Indonesia and your target market is in the US, you would have a 12 hour difference with New York and a 15 hour difference with San Francisco. From my experience those hours can make it hard to build a cohesive team culture. Generally, it is best to limit the time difference to 4 hours for areas where most of your core business is. Laura Vanderkam, author of 168 Hours, suggests that companies that move abroad choose a ‘home’ time location, based on their target market, which dictates their teams working hours, even if it is not the same as the location where they are based.

If your target market is North America or Europe, Latin America is a convenient base. Countries such as Colombia, Ecuador, Peru and Costa Rica all lie in the same time zone as New York for most of the year, and booming startup ecosystems such as those found in Mexico, Chile and Argentina only have a one and two hour difference respectively.

Based in Colombia, we only have a 5 hour difference with London, which leaves plenty of time in the day to organize meetings and calls with clients which are convenient for both parties.

Home is where the heart is, and choosing the location for your startup is an important decision. However, while costs will come into play when choosing the home base for your startup, it is important to look past the dollar signs, and to understand why Latin America is developing into a more attractive region for startups year after year.

Read next: Net neutrality is dead. Let's move on and deal with the fallout