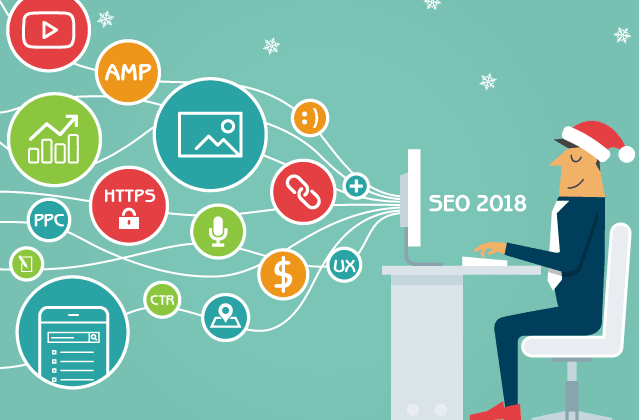 Any webmaster worth their salt is constantly reading, watching, and learning more about SEO. Google usually rolls out quite a few big changes throughout each year and while some updates are larger than others, they are all very important to keep up with.

Of course, merely responding to SEO trends and acting after changes have already taken effect is not the most effective way of doing things. Predicting how the face of SEO will look like in the coming months is equally or perhaps even more important than staying in line with the current situation.

The web’s focus is on mobile

There is no way to overstate just how important mobile is for all the major tech companies out there, including Google. Users are turning to their phones more and more as the devices most people now hold in their pockets are more than capable of delivering a full-blown web experience.

In the days of old, websites were designed with a desktop-first approach with only a select few individuals focusing on mobile too. Navigating the web on a mobile device was an exercise in patience, especially because web design was still in its infancy and terribly-designed websites were the norm rather than the exception. According to Marc Danning , the CEO of BacklinksRocket SEO:

Today, and into the future, neglecting mobile devices and running a clunky website that runs horribly on the go is basically like committing SEO suicide. For its part, Google has made some efforts of turning any website into a mobile-friendly one within its Chrome browser but there’s only so much the company can do by itself.

There is a very good chance that new, mobile-first designs will be a centrepiece of 2018 in web design and SEO. While the line between making websites perfect on mobile but also great on desktop is very fine, webmasters should have been training for this for the last few years.

It is also very important to remember that more and more people are now going online. As such, websites which are designed simply, elegantly, and can run fast even on less powerful devices, will all be rewarded for their efforts.

After all, those in emerging markets may not necessarily have access to great Internet connections or the latest flagships yet they will represent a huge chunk of the market in 2018.

If you think you can ignore security, think again

Cyber security is not just another buzzword, despite what many unfortunate souls have believed thus far. If 2017 taught us anything about the web, it was that nothing is secure and that webmasters should be paying extra attention on cyber protection in the future.

Big companies, many of which have fallen victim to intense cyber-attacks, have now realized the importance of security and are planning to invest a lot of money into making sure that their systems are protected.

Small businesses will obviously not have nearly as many funds to invest into a very advanced security system but small security measures can go a long way towards protecting websites and their data, including the very personal information that users entrust said websites with.

The important thing to consider here is that Google is also very keen on making security one of the most important aspects in SEO. This is one area where you cannot skimp on as any kind of breach in security will be punished with a steep decline in traffic, a hit in reputation, and loss of revenue.

Google likes emerging technologies and rewards those who embrace them

In the last couple of years, we have seen a host of technologies emerge in an effort to disrupt the current system and promote new ways of interacting with our devices as well as the web as a whole.

For example, digital assistants have been a part of our Android and iOS devices for a very long time but they are hardly used by a large percentage of the population. Google, however, is among those companies who wish that people would embrace such emerging technologies and have made several investments towards ensuring that future.

Now, with devices like Amazon’s Alexa and Google’s own Home being available at living rooms worldwide, voice search and digital assistants are bigger than ever. Optimizing your own SEO for these is certainly complicated but also very much worth it.

For instance, optimizing content for long-tail keywords is fantastic as it most people do not search with keywords even when they type and far less so when they actually speak to a digital assistant.

Natural language queries are all the rage nowadays and Google will be more than happy to showcase websites which adhere to this trend.

Gone are Google’s giant updates; subtle changes is where you should focus on

Before, webmasters were terrified about Google’s big SEO updates. Websites which may not have followed all the rules to the letter could sometimes see huge hits in traffic and suffer as a result.

If there’s one thing to remember, however, is that those days are gone. Now, you should be focusing on small and subtle changes along with ensuring that your website and its content is simply top notch. Do that, and Google will most certainly take notice.

Read next: Learn to create apps for the latest Android OS for only $25