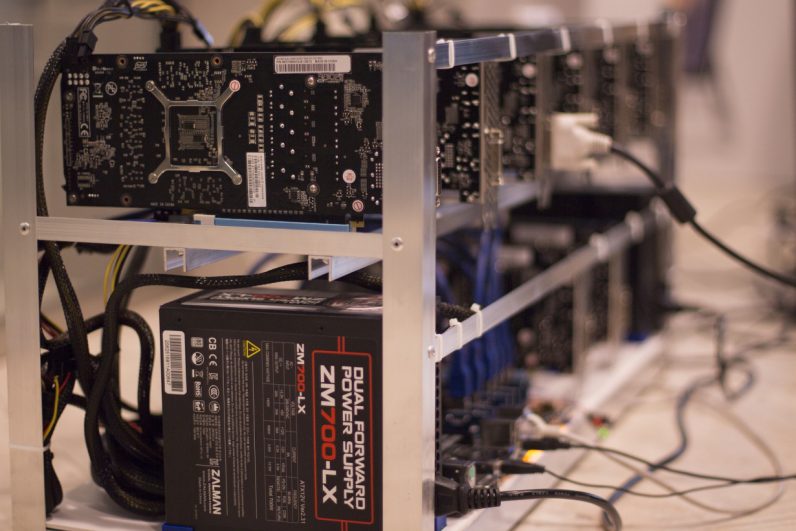 Bitcoin may be a dramatic challenger to gold and government-backed money, but it isn’t going to replace the New York Stock Exchange anytime soon. At least not on its own.

As revolutionary as Bitcoin is (one of the most exciting innovations of the 21st century), its real-world financial applications remain somewhat rudimentary. Sure, users can buy goods or services with Bitcoin, and they can save or invest in Bitcoin and watch the value shift up and down. But the Bitcoin blockchain can’t run stock options. It can’t set up ETFs or perform derivative trades.

The next steps for blockchain finance

Cryptocurrencies took off in 2017. At the time of publication, nearly every leading crypto appreciated by more than 1,000 percent YTD (and several grew 3,000 percent or more). This coincided with hundreds of thousands of new users and millions more transactions on blockchain networks. The huge surge in transaction volume meant that many chains—most notably Bitcoin’s—slowed down tremendously and experienced rising transaction fees.

This rise in popularity has also fostered interest in new ways to use cryptocurrencies. Consider the CME’s landmark decision to allow futures trading in Bitcoin. Oh, and now the Nasdaq plans to follow suit. These are exciting forays into more complicated financial strategies for Bitcoin, but they still operate through traditional exchanges, which are centralized, expensive, and highly regulated.

For the blockchain to truly deliver on its potential, it probably needs to adapt to act like real financial markets—not just a store of value or medium of exchange.

Of course, many blockchain devs have already introduced more complex operations. Ethereum, for instance, allows users to build smart contracts and is intentionally designed to act as a foundation for blockchain-based apps. But Ethereum’s smart contracts have suffered minor issues (contracts failing or experiencing lag times) and major ones (the DAO hack in 2016 cost holders more than 3.5 million ETH).

A true blockchain financial market would allow any users to create and trade financial products without the use of expensive intermediaries, and it would do so in a way that is secure, foolproof, and with speed.

Bitcoin and Ethereum have both, respectively, garnered mass global interest.  Although Bitcoin’s valuation has been volatile in recent months, financial institutions recognize the coin’s long-term potential. Despite the fact that Bitcoin is now a world-renowned currency, it’s not without its room for improvement, especially in terms of how the ledger utilizes smart contracts.

The only contracts written into the standard Bitcoin protocol are one-time trades; that is, each transfer of Bitcoin between two accounts effectively “consumes” the contract. The story changes with Ethereum, which offers open contracts that run on a self-executable code (hypothetically running an infinite amount of times). The issue is that Ethereum’s contracts run on so-called “gas,” which acts like a transaction fee. If there is insufficient gas to run a particular contract, the contract will fail. This is a major cause of frustration for users and developers.

Emerging technologies are eager to improve the capabilities of contracts through the use of creative programming. For example, Zen Protocol, a peer-to-peer trade blockchain project that operates a “sidechain” parallel to Bitcoin’s ledger. The protocol uses contracts that can be partially or fully self-executing and self-enforcing unlike the existing distributed ledgers which require third-party intermediaries to enforce and adjudicate. Zen uses a unique programming language which lets users prove the exact amount of resources necessary and provide fees independently to ensure full contract execution.

Blockchains tend to be very self-contained; blocks do not interact with real-world events or data centers very easily. This is a real challenge! If for example, you entered into a blockchain-based smart contract that triggered based on which team wins the upcoming Super Bowl, your smart contract would need some way to interpret the result of the football game and then trigger the appropriate payout.

To receive external data, smart contracts depend on trusted information feeds, or “oracles.” These oracles come from many sources, but it is likely that the best and most reliable will be decentralized and less corruptible.

The implications of blockchain financial markets

Current financial markets operate with exceedingly impressive technological prowess, but the underlying structure of negotiated financial trades is sluggish and archaic. Because all financial activity exists on the basis of trust, participants have been forced to rely on ever-more powerful intermediaries and regulators to get the job done.

Today’s financial brokers have to be large enough to deal with a ton of bureaucratic red tape, which drives up the cost of transactions and pushes out smaller competitors unnecessarily. Lack of trust, transparency, and certainty result in lost deals and scandals.

These problems could disappear (or at least diminish greatly) if all financial activity could relocate to the blockchain. Through consensus, collaboration, coding, and cryptography, traders no longer need a third party to verify transactions, introduce trust, or even perform accounting functions. It is an exciting future to consider.