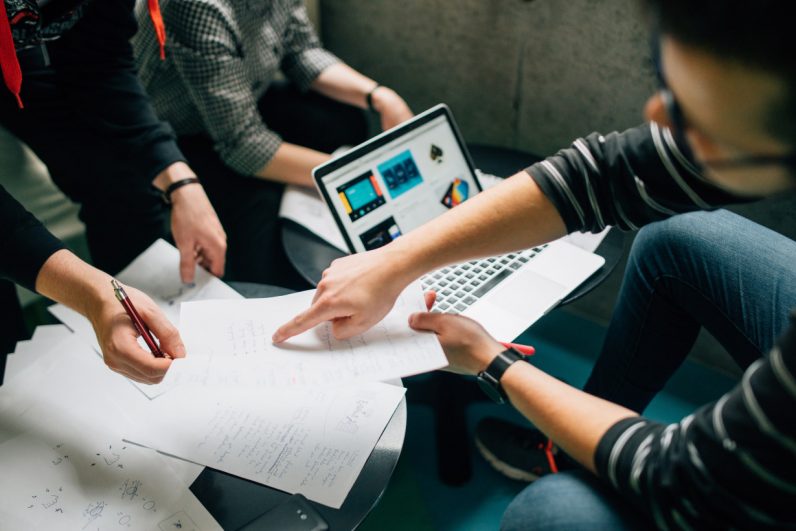 The ICO craze is peaking. As of November 8th, 2017, 203 projects raised a total of $3.25 billion through initial coin offerings. However, only 1 in 10  tokens are being used following the ICO. Although the awareness for the token market is on the rise, the slew of companies who have promoted these sales, and subsequently struggled to successfully implement their coins, is causing investors to take pause and question the long-term value of these new coin-based initiatives.

It’s not just investors who are raising their eyebrows at the bevvy of new organizations pitching pre-sale ICOs and revolutionary technologies. A recent Bloomberg article titled, Dear Publicists: Stop Spamming My Inbox With Crazy ICO Pitches, tells you a lot you need to know about the shifting attitudes towards ICOs. What was intriguing a few months ago has grown somewhat tiresome because many initiatives are failing to live up to their own hype following their coin offerings.

As is the case with most buzzworthy trends, once the dust settles on the initial excitement, people start to ask “but is it really worth it?” Many of these burgeoning organizations are introducing new tokens into the cryptocurrency market with little more to show for them than whitepapers.

Constantine Goltsev, CEO of SolidOpinion expounded on the current state of ICOs, and offered these four points on how organizations can overcome these challenges:

Projects needing their own blockchain

While most new tokens are being created on the Ethereum, this does not necessarily mean that this blockchain is a viable long-term option for every project seeking funding through an ICO. As an open source, public blockchain, Ethereum is still evolving and might not necessarily support the plans laid out by current whitepapers. Entries on Ethereum’s blockchain are also subject to fees and time dependencies outside of the control of individual projects or companies relying on them. These constraints may force micro-transaction-based projects to develop independent blockchain solutions in the future. This is a time and resource consuming endeavour which might not have been taken into consideration by a number of past ICO whitepapers.

Newly created tokens should facilitate marketplace interactions more efficiently than existing tokens or fiat currencies could. This improvement could be the removal of friction—such as high fees or time delays—or an increase of the utility of an existing reward system. In the case of SolidOpinion, users on the platform are already accumulating points and a purchasing these for fiat currencies through a merchant gateway. By replacing the point system through a newly minted token, users gain an immediate additional marketplace utility and exchange mechanism to other tokens, such as Ethereum’s Ether. Simultaneously, transaction fees are drastically reduced as transactions are recorded on the blockchain, cutting out merchant account and credit card fees for all marketplace participants.

Whitepapers published by current ICO projects often assume that users will adapt the newly created token in their day-to-day interactions with the company issuing the token, without first providing a proof of concept. However, these startups should consider building a minimum viable product using a simple reward mechanism first to test the assumption that a new token will find community adaption. This will not only minimize the risk of disappointing token buyers not finding a secondary market to sell the token to, but will also create the start of the community to support the project long term.

In the past, companies usually did not attempt to go public until they had already built a solid user-based that investors could look at with some confidence. Because the blockchain world is still in its infancy, the approach is somewhat backwards. Many organizations are offering up proprietary tokens without first proving value, usability, and an eager and existing user base. Essentially, they’re asking investors to take an enormous leap of faith. This approach to fundraising has created a bubble that is just waiting to burst. A whitepaper, no matter how much it has been vetted and lauded, can only go so far in proving an application’s worth. The best way to encourage investor, and public support, is to first build a functioning service first.

SolidOpinion—as an example—is a platform that empowers publishing site visitors to interact with content through article engagement—such as comments—in exchange for tokens. Additionally, advertisers will use these tokens to purchase space under relevant article headlines that serve as a natural tie-in to the product or service featured in the ad placement in an auction-based pay-per-article model. The result of this model is closer relevancy and increased content engagement.  The platform already attracted more than 4.4 million users and is providing value to publishers and advertisers who are receiving more relevant and contextual advertisement placements.

Following SolidOpinion’s impending ICO, the Engagement Token will offer immediate utility to users and advertisers on the platform who are currently buying points for US Dollars. This is what token buyers should be looking for when they take part in an ICO.

It’s easy to get excited about the prospect of launching a venture off the back of an ICO, but taking a step back from the frenzy and devising a strong go-to-market strategy is necessary if you want your application to gain real momentum and long-term validity.

Read next: 25,000 EU citizens are unlikely to get compensation for Facebook’s alleged privacy violations