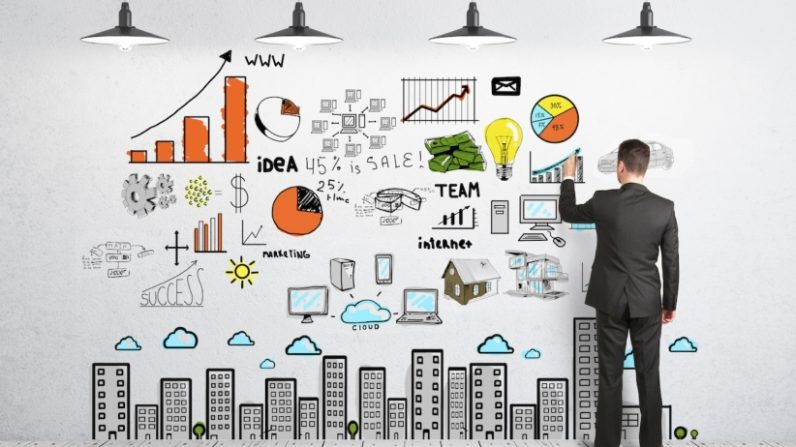 There was a time when the startup world looked as easy as throwing a baseball into a swimming pool. Early startups like Facebook and PayPal addressed the simplest of needs to communicate and transact. But now entrepreneurs bullish on the space are challenged in much more specific ways.

Gone are the days of tech startups trying to address the most basic human needs. Instead, they’ve focused on hyper specificity. There are apps for dry cleaning, health food delivery, dating and cryptocurrency; just to name a few among the thousands of pain points entrepreneurs are trying to address.

Technology is now fragmented. There are so many different apps that have so many unique functionalities. All of which, we open and close them as often we do our own mouths. As those apps engage in a war for space on our phones, the best techies among us are doing a complete 180.

The greatest starts in tech live by an ethos: While everyone zigs, you zag. Startups like e-Chat are doing just that. Instead of pouring cash into identifying an untapped pain point, e-Chat, and others, addresses one that stares them right in the face: the need for consolidation. e-Chat allows users to communicate, engage in financial transactions and even mine bitcoin, venturing further on a path that apps like Venmo were the first to charter.

Venmo allows users to exchange payments and communicate with one another about those transactions that everyone can see. It was one of the earliest attempts to merge two of the biggest subcategories in tech: social and financial. Even companies, like YouTube, pivoted in their early days to combine social interaction with entertainment and the dissemination of information.

Such pioneers have allowed more recent startups to further the world along that path. Of course, consolidation comes with risk, namely vulnerability to a cyberattack. Today, we hear more about cybercrime than any other. Either through an overemphasis on the part of those reporting such activity or just the reality of our reliance on technology, consumers feel as if their most private information is threatened.

That’s why startups offering multi-functional technology have had to team up with cybersecurity experts to keep financial and personal information safe. Such sites, especially those in the emerging messaging market, are forced to confront such issues.

The fad among them has been to use high levels of encryption and decentralized technology, which has been made popular given the increasing interest in investing in cryptocurrency.

Decentralized technology allows for apps like e-Chat and other cryptocurrency wallets the opportunity to limit their access to the information of their users. They issue numbers, letters and words that only the user knows so that only that individual may access their personal financial data and information.

While other startups don’t necessarily employ the decentralized technology as a means of ensuring privacy, they use similar principles. Many issue soft keys that only partially track a person’s use of an app or website. Such advances in cybersecurity act as a machete cutting through vines in the rainforest. They make the path clear, but startups still need a road map. They need to understand how to get to their final destination.

The technology has allowed for apps like e-Chat to grow in the multi-functional offering space. Multi-functional apps are at a higher risk because of the very reason that they exist: Consolidation.

A successful breach of these apps could net a hacker the opportunity to access all kinds of personal information—health or financial—by concentrating their efforts. Current fragmentation makes it more difficult to acquire such information en masse.

No technology is flawless. New startups contend with new problems and their ability to maneuver those, universally influences their success. While multi-functionality is an emerging trend, these startups must bolster cybersecurity.

In creating the technology, they have also created new problems, despite ultimately serving a growing need. As companies offer more apps, storage becomes scarcer and consumers must triage their phone storage. Multi-functional apps solve that problem by gluing all those pieces together.

Read next: 3 tips for fighting the holiday blues with technology