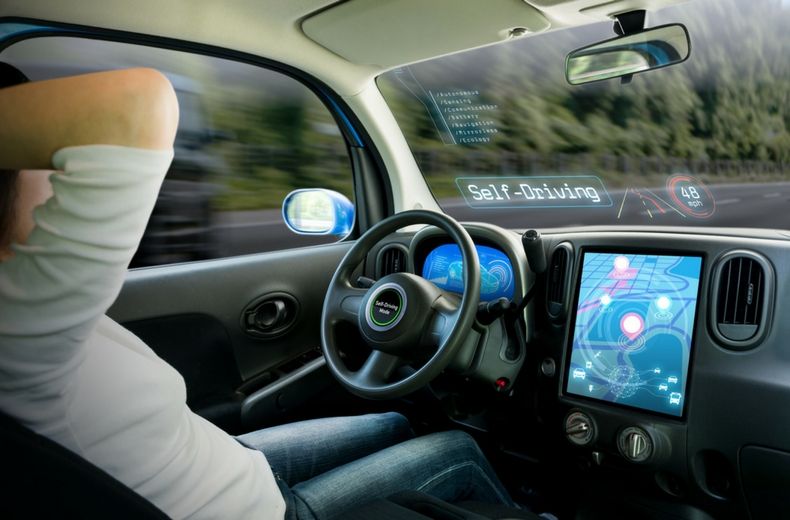 More and more companies are investing in self-driving technology and for a lot of people, this can be a great piece of news. The focus here is rather simple: people want to have fast and reliable driverless cars that will help them stay away from accidents.

But as you know, right after Tesla added its self-driving update to its cars, some people already experienced accidents. So, the technology is still in its infancy. But since that day, things have evolved quite a bit. We have Tesla and Alphabet hard at work as they try to offer affordable self-driving.

Recently, Alphabet partnered with the Avis Budget Group to offer maintenance and support for its increasingly larger fleet of vehicles. The idea here is that AVIS receives a great paycheck out of this and Alphabet’s Waymo division get to access a lot of customers as it expands the market range.

The reason why Alphabet is so powerful and way ahead in this field is because it has invested a lot of money into this new technology. In fact, its fleet is said to be around 3 million which is a rather impressive number, to say the least. And it’s easy to see why this happens. The Firefly car has been at the forefront of this tech for a very long time, and the technology just becomes better and better.

The Waymo division does have a legal battle with Uber, since the company states that a former employee stole that technology and helped Uber integrated it in the Otto self-driving trucks.

What are the other companies doing?

Aside from Alphabet, which is clearly trying to expand its market as much as possible, Apple is also hard at work. In fact, you might be interested to know that they have announced a partnership with Hertz Global Holdings to test their own autonomous technology.

Their project Titan seems to be progressing nicely although rumors are stating that the overall costly overhead and a lack of good results just don’t seem to deliver the type of value that Apple wants.

Tesla, on the other hand, continues to grow very well to the point where it can indeed surpass a lot of companies on the market. The technology is becoming increasingly prevalent and the hardware offered by Tesla includes sensors and cameras that make the entire experience a lot safer and more powerful than before.

Even so, Tesla’s autopilot is semi-autonomous and the company did state that all the time. The competition is experimenting at a smaller scale or in controlled settings.Elon Musk believes that safety is paramount here:

Autonomy is really about what level of reliability and safety do you want. Even with the current sensor suite, we could make the car go fully autonomous, but not to a level of reliability that would be safe in, say, a complex urban environment where […] children are playing

Tesla on the other hand is rolling out its technology to drivers all over the world. It states that Tesla had tested this tech well beforehand when it rolled out and things just got better and better because of it.

Tesla didn’t have any incidents in its road tests and even when the company rolled out its update for regular customers, everyone that followed the instructions ended up being fine. There were some incidents but people that had those incidents didn’t understand this is a semi-autonomous technology.

The DMV in California, for example, doesn’t account for any Tesla incidents created by this technology which is a rather shocking thing to have. Their focus is on innovating and at this time they are actually working on new technology for their cars, technology that will help revolutionize the world.

Who is winning this race?

Tesla is mostly quiet when it comes to testing these things because they just release the finished product when ready.

But Alphabet is creating a lot of buzz around its tests usually. They are developing their technology for more than regular cars though as their focus is on public transport as well as freight delivery and even ride-hailing. So they do want to enter multiple fields and optimize them with this tech. At one point, Alphabet even considered acquiring Tesla.

The Alphabet self-driving cars had accumulated a total of 635898 miles of public testing by the end of 2016, leaving Tesla far behind with only 550 miles of testing. Keep in mind that these are just testing numbers but it does show that Alphabet is doing tons of testing at this time.

While Alphabet has the money, Tesla has the hardware needed for self-driving. There’s still a need for lots of testing but the tech is there and it’s very good. The company focuses on using Level 3 self-driving technologies whereas Alphabet is more focused on the Level 4-5 autonomy, which is harder to implement right off the bat.

According to Elon Musk, the Tesla CEO, the fully autonomous, level 4-5 autonomous cars are just 3 years away for the company. Basically, the technology is almost read, and it just needs some refinements.

When will we have fully autonomous cars on the road?

It’s safe to say that both Tesla and Alphabet are striving to have their fully-autonomous cars on the road as fast as possible.

If you were to pick a winner, that would most likely have to be Tesla right now, because the technology is very powerful and they just need to refine it and integrate the tech into new cars. While Alphabet has the necessary money to push this, its tech was used only in smaller cars and the overall design of Waymo cars is not impressive.

Regardless of the situation, both companies are doing a tremendous job and we will hopefully be able to experience self-driving cars on the market in the next 10 years or less. In fact, if Elon Musk’s plans come to fruition, we may have these cars in 2020 or a bit after that.

In fact, his position on the matter is quite clear: “I think we will see autonomy and artificial intelligence advance tremendously. My guess is that in probably 10 years it will be very unusual for cars to be built that are not fully autonomous”.

Which is crazy, considering that we just had the first smartphones around 10-13 years ago. So yes, technology is evolving at a rapid pac, and we will finally have the self-driving technology we always wanted! Plus, this can help people prevent accidents in the future and save lives!

Read next: 5 tips for taking your business from idea to action