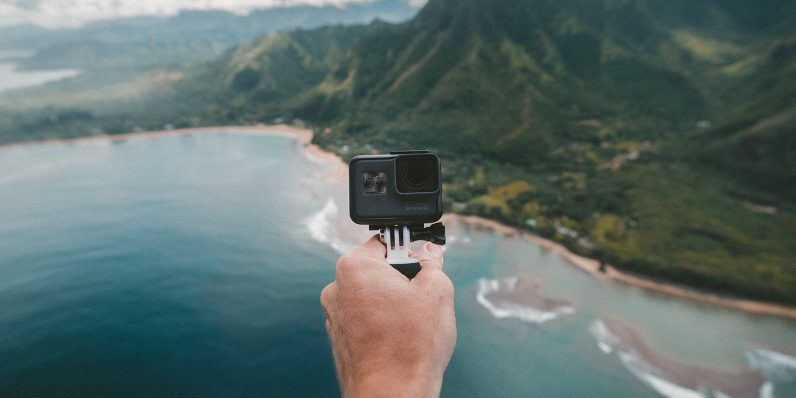 Throughout the past 10 years, personal and desktop computers, laptops have been slowly evaporating from the market. People often turn to mobile phones or tablets to reach or even to create the content they desire.

What’s making it more possible today is the price. It’s cheaper than ever to get a phone or a tablet with a tiny HD video camera embedded. Cloud-based, close to unlimited storage facilities, lightning fast Wi-Fi and 4G signals are considered a commodity rather than a luxury.

Virtually, there are no boundaries on where, how and when people interact with content. Video content is quickly emerging and the stats show that it is becoming one of the best marketing mediums out there. After all, it’s cheap, it’s accessible to everyone and if executed correctly it has the best ROI.

According to MWP, online videos are watched by 55 percent of people daily, WordStream says that 90 percent of Twitter videos are viewed through a mobile device and more than 10 million videos are watched on Snapchat daily. Peter Shroeder also claims that click-through rate of emails with videos increases by 200-300 percent.

While all the numbers look enticing, video marketing is only successful if it provides real value to the consumers, when and how they want it.

Today’s fast-moving world accommodates only video content that fosters relevance, merit, and flexibility to the viewers, while they are trying to balance their on-the-go lifestyles.

Video marketing is one of the best tools to execute a social media campaign, SEO exercise or to refresh website’s content and Facebook knows that. The promising future of video marketing is the reason why it spent $2 billion on acquiring Oracle’s VR. Even though the return of investment wasn’t even close to the money spent, Facebook showed a completely new side of content marketing and what it can achieve.

3D video posts made on Facebook Spaces and shared on people’s walls are a completely new and extremely interactive way of marketing a product or a brand on social media. People are able to interact with the content by viewing it through a 360-degree perspective. The use of VR in Facebook video marketing gives a sense of participation to the viewer. A consumer can closely inspect the product without having to leave the comfort of home.

The descendant of 3D posts was Facebook’s Venues, allowing social media user base engage in real time concerts or sporting events. Adverts or social media campaigns created on Facebook Venues would interact with the audience in the most engaging way known to us to this day. By putting the VR set on and locating itself in the video, the viewer becomes an active part of the campaign. However, as strong content marketing channel as Facebook Venues is, it is limited to only those who own Oracle’s VR headset.

After doing some research, Facebook discovered that people like scrolling through their news feeds and discovering videos, but what they also noticed is that viewers want a dedicated place where more different types of videos can be found and the concept of Facebook Watch stands for exactly that.

Marketing today is not about promoting brands and products by producing expensive advertising. It’s more about word of mouth, from one ear to another. People are more likely to buy a product or a service recommended by someone like them, someone who isn’t related to the brand and has already bought and tried the service. Facebook Watch is a platform created for that. Community members and influencers now have space to create and share their videos with minimum expense.

The changing horizons of corporate video

It’s great to have multiple platforms to show your video content on and it’s even greater to have the kind of content that everyone loves, shares and engages with. One other reason why video is the future of content marketing is the rebirth of corporate video.

Wide Wings, a Lithuanian advertising agency, are storytellers, changing the perception of a corporate video. Instead of focusing on a product or service, the agency focuses on what the company is about and the message it wants to tell the world. Their videos are focused around the viewer. The storyline is illuminating, explorative and it shows a perspective. Their mission is to make people richer in some sense.

Every day we see corporate companies, startups and emerging new businesses presenting the world with powerful video content that not only builds trust in the brand or product but also tells a story, educates and calls for action. Corporate video is much more customer-centric than it is focused around the brand, it more often answers the question why rather than what and it’s designed to solve a problem rather than talk about the benefits.

The rise of influencer marketing

As mentioned above, based on consumer trends, people are more likely to buy a product or service recommended by someone like them. Someone they trust to provide an objective opinion, pros and cons, and enlighten them on how the product or service will improve their everyday lives.

What is said about the brand by others is much more influential than content created by the brand itself. Influencers are a big part of marketing in 2017, and companies are more likely to invest in influence marketing than traditional channels. With the right influencers chosen, a campaign can achieve bigger exposure and reach a wider audience. Engaging personalities and attention grabbing videos are what people actually spend time watching. In influence marketing, video content is much more powerful than written paragraphs of text.

The video is the future of content marketing mainly because of how people choose to receive information. Trends are now drawn from user behavior and marketing is focused on consumers rather than brands or products. There is more video content reaching audiences every 30 days than the major US TV networks have created in 30 years, YouTube owns a third of the internet users, and millennials (25-34) watch more online videos than any other age group. It’s known that 46 percent of viewers act after watching a video advert and a video advert is more influential than written content. No one can afford to misread or simply ignore such data, especially those in marketing.

The growing need of adverts embedded in video content — whether it’d be a minute or 5 minutes long, live or recorded, based on a script or reality, animated, dedicated for IT professionals or those driven by fashion and anyone in between — has steeply increased, justifying the undeniable importance of honest marketplace for a medium that’s barely limitless. As human beings, people are more prone to interact with visual information than text on a page.

Video content is at its peak at the moment as it’s easy to create, it’s more engaging than any other medium and it is loved by any type of audience.