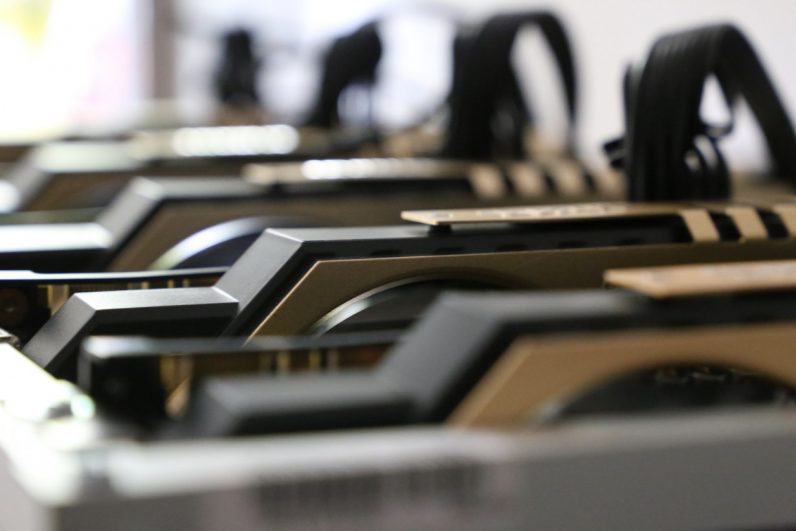 When it first came to public and media attention in 2014, this new way of distributing and retrieving information was often used synonymously with Bitcoin, the cryptocurrency that has navigated through images problems of its own. Three years later, the distinction is somewhat clearer, but the association between the two has stuck. For the sake of avoiding any confusion, let’s get the definitions out of the way:

Bitcoin is a digital currency built on and facilitated by a type of blockchain, and blockchain is a decentralized, digital public ledger that records transactions.

Arguably, the innate intrigue surrounding Bitcoin’s digital and, until recently, unregulated currency boosted blockchain into the ether. It was impossible to fully explain Bitcoin without blockchain, and conversely, blockchain technology needed the power of Bitcoin’s name recognition to lodge itself into the technological and financial landscapes that were part of its growth.

Now, Bitcoin and blockchain are both growing up and on the brink of widespread recognition and implementation. But for blockchain to really live up to its potential and help individual developers, users and business leaders understand how it can transform their operations, the narrative surrounding blockchain technology has to change.

Before the public at large can embrace blockchain as the future, the industry as a whole, needs to combat two prevailing myths:

Blockchain is for technologists and academics–only.

To most individuals who sit outside the worlds of academia and development, the concept of blockchain is intimidating. Perhaps this is due to blockchain’s close associations with Bitcoin’s culture of secrecy, or because the concept of a decentralized ledger seems too futuristic; either way, most people have a difficult time overcoming the feeling of exclusivity.

Luckily, new organizations are emerging to change this perception and dialogue. Dispatch Labs is building a business-ready blockchain protocol set to launch in early 2018, in part funded through the sale of “coin” and an ICO projected to generate over $50M in sales revenue.

Their blockchain system is designed to enable businesses to upload and control programmable files, thus significantly expanding the utility of distributed information. Essentially, using the Dispatch blockchain will give organizations the opportunity to transport and adapt files within a more secure environment and scale such use beyond what is currently possible with Ethereum and other blockchains.

Their goal is to help businesses of all sizes and across all industries increase their efficiencies.

In addition to their proprietary blockchain, Dispatch’s other distinguishing factor is the team, itself. The Dispatch team is comprised of experienced developers, engineers, marketers, and entrepreneurs with over 80 years of cumulative technology development behind them. By assembling a diverse group of business professionals, Dispatch is not only setting itself up to communicate with a wide array of audiences (with varying degrees of blockchain comfort level) but also, to listen to the needs of real people leading businesses across different verticals. For so long, blockchain organizations were viewed as computer-driven entities, but Dispatch is taking a decidedly human-centric approach.  In the end, the developers of Distributed Applications (DApps), whether independent or part of small, medium or enterprise companies, will benefit most from Dispatch Labs’ new protocol.

Monetary transactions are the only benefit of blockchain.

People are not naive. Most individuals are inclined to believe that money is the driving force behind every groundbreaking technology, regardless of how altruistic it may seem. Blockchain technologies are up against this same form of skepticism. And certainly it’s close association with Bitcoin further cements this viewpoint, with stories in the press around questionable or fraudulent uses of Bitcoin. Blockchain, however, has far greater potential and could literally transform every aspect of the information economy in the coming decade.

Yes, it’s true that any business run on a blockchain ledger will see a reduction in transaction costs and improved efficiency in processing payments, but blockchain systems will also return greater power to the individual user, leveling the playing field. With blockchain, organizations can share information and applications directly with end users without having to go through a middleman or arbitrating organization.  As you can imagine, this could disrupt dozens of industries, rendering them virtually obsolete overnight.

Within a blockchain protocol, there is no single owner or gatekeeper, everyone has equal access to any transaction or record that has taken place on the blockchain. Additionally, sharing information via a blockchain system also ensures immediate transference, regardless of the type or size of file. This reduces not just cost, but friction.  Expediting the movement of information across an entire organization, and to a global audience of consumers is an impressive usage, but doing so securely is a game-changing addition to any business’ structure. What a blockchain protocol does so adeptly is ensure the protection of information from human error or tampering.

Blockchain cannot reach its exponential potential and revolutionize business, government, and every facet of daily life, without the support of developer adoption and the creation of a great variety of Dapps. It’s up to leaders in the blockchain space to find ways to communicate blockchain developments without confusing or alienating the public. Luckily, as the blockchain ecosystem matures, new organizations and thought leaders, dedicated to bringing the public into the conversation, are emerging to problem solve and explain blockchain’s potential.

Read next: This is how 3D sensors are bringing revolution in AI industry