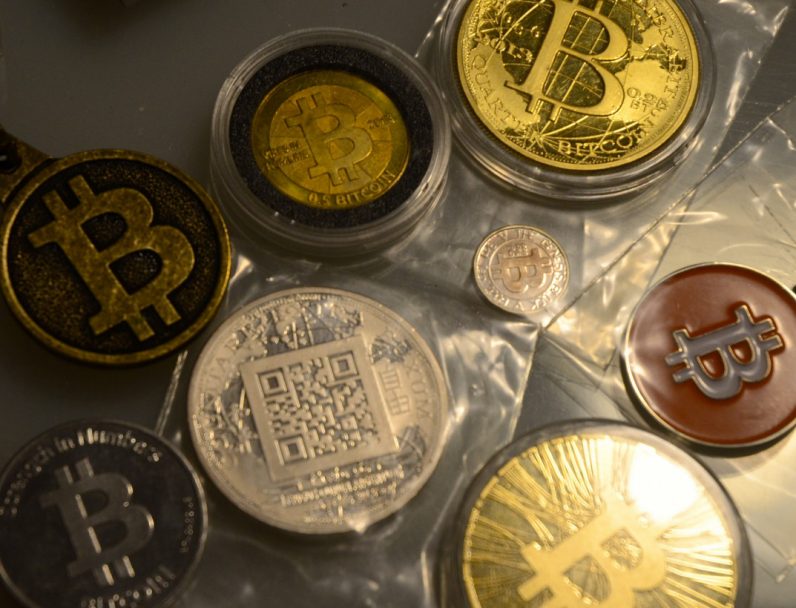 When you’ve been a billionaire for more than 20 years, you form some incisive ideas about money.

A former math and science teacher turned Bear Stearns limited partner, Jeffrey Epstein is the Brooklyn-born financier who in 1982 formed J. Epstein & Co., the money management firm that famously held a secret client list containing only the names of people worth $1 billion or more. Epstein excelled at finding hidden value for his clients and himself, identifying anomalies in the market, and using arbitrage to profit from them. He did really well for himself.

Today Epstein swims in an ocean of ideas pertaining to money, science, and technology. So when we met at his residence on Manhattan’s Upper East Side, Bitcoin was a major topic of conversation. Epstein sees it as bursting with potential. If you’d like to know one billionaire’s thinking on the controversial cryptocurrency, I’ve condensed his below.

Some kind of formal implementation of Bitcoin could eliminate a lot of financial corruption problems. Counterfeiting is the big problem with conventional money, but this problem goes away if we can identify the counterfeiters electronically. Bitcoins each have a unique identifier, and any coins numbered outside a certain range of are fake — the whole system is mathematically controlled, so it can just as easily be mathematically verified.

Bitcoin is not a currency. There’s a formal, legal definition for currency. It’s money that has a sovereign guarantee behind it, a governmental promise that the value is secure. But Bitcoin is “backed” by technology, not by a state. It doesn’t fit the bill as a currency.

Bitcoin works as a store of value. “When we talk about gold as a store of value,” says Epstein, “that just means a lot of people agree to pay the same price for one ounce of gold. In 2017, enough people agree on the value of bitcoin that it can serve the same purpose. There will only ever be 21 million bitcoins, but this limit comes from computer code, not by how many bitcoins are left to remove from the earth. If we learn tomorrow that half of Montana contained a secret cache of gold, the value of gold would decrease instantly. Bitcoin doesn’t have this problem.”

Financial language is getting outdated. Epstein suggests we need updated definitions for antique business vocabulary. These words include “currency,” “money,” “wealth,” “value,” and to some extent, “cost.”

Epstein revealed no details on his own cryptocurrency holdings, but it’s clear that the space occupies more than a little of his thinking. Bitcoin and related blockchain technologies easily represent an evolutionary leap forward for how we conceptualize money. It only makes sense that a practiced billionaire would be paying attention.

“I forget that I’m very wealthy,” says Epstein. “My house cries it out, but I don’t. There’s some importance to money, but I believe more strongly in ideas. Having this much money is like having extra oxygen — I’m happy to give it to things I believe in.”

Since forming an eponymous foundation in 2000, Epstein has found a role as science philanthropist, sharing his resources to beneficial, unlikely ends. His money has funded research related to quantum computing, genetics, artificial intelligence, and beyond. As a result, the 64-year-old tycoon holds court with A-list names from the academic community, like theoretical physicist Stephen Hawking, cosmologist and author Lawrence Krauss, or MIT’s quantum computing pioneer, Seth Lloyd.

Epstein was also convicted of soliciting prostitution from an underage woman in a Florida court in 2008, “for which he served 13 months in ‘custody with work release’ as part of a plea deal where federal officials had identified 36 victims,” according to Wikipedia.

Bitcoin and its related family of cryptocurrencies are causing institutions and individuals alike to raise questions and  reevaluate their notions of money. The mechanisms that exist for transfer of value — the technological underpinnings of how we pay for things — feel more flexible than ever, due to enter a new era.

At least one billionaire is along for the ride.

Update 07/19/2019: This article has amended the glaring oversight that Jeffrey Epstein was convicted in 2008 for soliciting prostitution from an underage woman. Epstein has recently been rearrested on federal charges for sex trafficking. TNW regrets not catching this omission at the moment of publishing.

Read next: Fake Adblock Plus plugin downloaded over 37,000 times since September