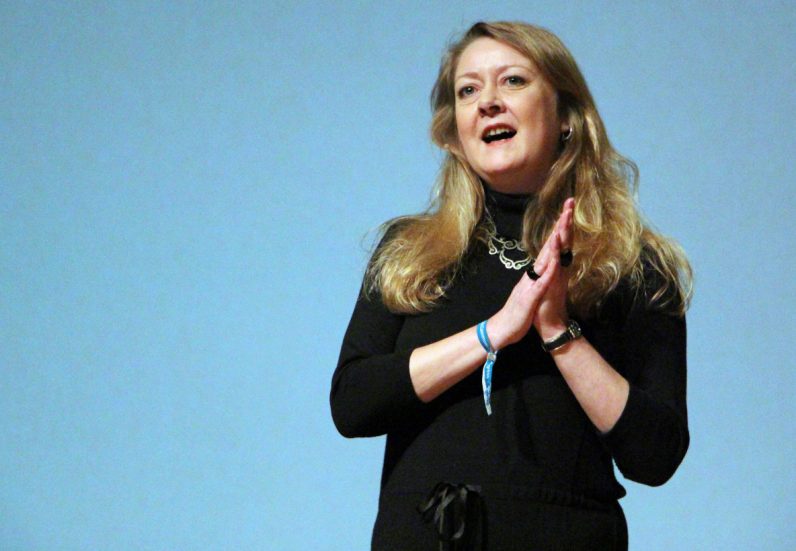 We live in a society where shadowy figures influence what makes the news, who goes to jail, and even who lives or dies.

We live in a system where corporations and the state work together to take control of our information, our communications, and potentially even our future digital souls.

So we do not merely have the right, but rather the obligation, to fight for our privacy.

It is a simple human right that is essential for a functioning democracy, recognized as such after WW2 and enshrined in the Universal Declaration of Human Rights in 1948.

But we seem to be losing that right.

My time as a spy

I spent six years working with MI5, the British domestic counter-intelligence and security agency, in the 1990s. It was a time of relative peace after the Cold War and before the horrors of September 11, 2001, when the gloves came off in the War on Terror.

And even then, I was horrified by what I saw.

There was a constant stream of illegal wiretaps and files kept on hundreds of thousands of our citizens, activists, journalists, and politicians.

Innocent people were sent to prison due to suppressed evidence in the 1994 bombing of the Israeli Embassy in London. IRA bombings that could have been prevented were allowed to take place, and the MI6 funded a plot to murder Libyan leader Colonel Gaddafi using Al Qaeda affiliates. He survived, others did not.

This is just part of the corruption that I saw intelligence and security agencies engage in.

The public and many politicians believe these agencies are accountable to them, but that is simply not how things work in reality. More often than not, we only know what they want us to hear.

I witnessed government agencies manipulate the news through guile and charm, at times even writing it themselves. Fake news is not new. The state has long shaped media coverage using various methods.

This was the case in the analog era, and things have become worse in the era of the Web.

In the end, I felt there was no choice but to blow the whistle, knowing that it would end my career. My partner and I resigned, and we went into hiding.

We spent years on the run for breaching the UK Official Secrets Act. We would have been imprisoned if caught.

We fled Britain in 1997, spending three years in a French farmhouse and a location in Paris. My partner went to prison, twice, and we learned indelible lessons about state power along the way.

As high-value targets, we knew our communications and relatives were monitored.

So when I called or emailed my mother, I had to self-censor. I had to assume that her house was bugged, as yours could be.

Our friends were pressured into cooperating with the police. It was one way we were stripped of our privacy, corroding our spirit.

You lose trust in everyone around you, and you do not say anything that could give you away.

Surveillance has moved with the times

That was then. Today, surveillance is part of our daily lives, on the Internet and in the street. Edward Snowden recently revealed the scale of government surveillance. And it is mind-boggling.

The Snowden Effect, as it is known, has made 28 percent of the people in the United Kingdom rethink their online habits. If we do not feel we have privacy, then in a way it does not matter if someone is watching us. We will self-censor anyway. Just in case.

This has a tangible impact on society. It is the road to a world like Orwell’s 1984.

Legitimate activists know they can be watched. This means that protestors may think twice before getting involved with pressing issues. Surveillance is a sure-fire means of stifling democracy.

We are all being watched

Snowden revealed that Internet companies opened their doors to the US National Security Agency (NSA) and the British Government Communications Headquarters (GCHQ). He also disclosed that British intelligence was handing over information on Europeans to American intelligence agencies.

Both government agencies can access our video communications. Apparently their personnel were forced to sit through so many explicit “romantic” video calls that they later had to receive counseling.

And that is just government agencies. The corporate world is surveilling us, too. Companies have been granted exceptional powers to see who is sharing information and files across the Internet.

When the FBI is a corporate tool

In New Zealand, Kim Dotcom developed MegaUpload. It did have legitimate users, but the fact that some distributed pirated intellectual property led to an FBI raid on his home.

Likely under the influence of the FBI, the New Zealand authorities permitted surveillance to bolster the US extradition case against him. In October 2012, Prime Minister John Key publicly apologized to Dotcom, saying that the mistakes made by New Zealand’s Government Communications and Security Bureau before and during the raid were “appalling.”

This was all a massive infringement on New Zealand’s sovereignty. One must wonder how the corporate world can wield so much influence that the FBI is able to a raid the home of an entrepreneur on foreign land.

This is not how government agencies are meant to work. It is a pincer movement between the corporations and the state.

This is the definition of fascism

Italian dictator Benito Mussolini defined fascism as the merging of the state and the corporate world. And it is becoming increasingly clear that we are heading in this direction.

We are all constantly connected through our smartphones and computers. Incidentally, any hardware, even USB cables, produced after 2008 probably comes with a backdoor entry point for the government according to Snowden.

We also freely provide information on Facebook that would have taken security and intelligence agencies weeks to assemble before the era of digital communications.

We need to know who is watching that information, who can take it, and who can use it against us.

Research conducted today may one day lead to our entire consciousness being uploaded into a computer. Humans could become software-based. But who might be able to manipulate that information and how?

It is vital for us to start thinking about questions such as these.

Secret legislation can change our world

In Europe, we are seeing the Transatlantic Trade Investment Partnership (TTIP) forced upon us. It is a ghastly piece of legislation through which corporate lobbyists can negatively affect 500 million people.

Its investor-state dispute settlement clause grants multinational corporations the legal status of a nation-state. If they feel government policies threaten their profits, they can sue governments in arbitration tribunals. The treaty paperwork is kept in a guarded room that not even politicians working on the legislation can access freely.

Similar projects were attempted before, but they were overturned by the weight of public opinion. The public spoke out and protested to ensure that the legislation never came to pass.

We must protect our right to democracy and the rule of law, free from corporate intervention.

A perfect storm against privacy is brewing. A debate continues over how much control the state should exercise over the Internet amid the threat of terrorism, which has become part of modern life.

Add to this the increasing tension between the United States and Russia and climate change, and things could get quite messy, quite fast.

We need privacy so we can protest when we need to. We need to be able to read and write about these topics, and discuss them. We cannot rely on the mainstream media alone.

We need privacy to be proper citizens. This includes the right to lobby our politicians and express our concerns.

We also have to be aware that politicians do not know what the intelligence and security services are doing. We need to take our privacy into our own hands.

As a start, we must all begin using encryption, open-source software and other tools to make sure we have privacy. If we do not, we will lose our democracy.

It took our ancestors hundreds of years of blood, sweat, tears and death to win the right to privacy.

We must defend that legacy.

Read next: This cute little robot is a Roomba for your garden