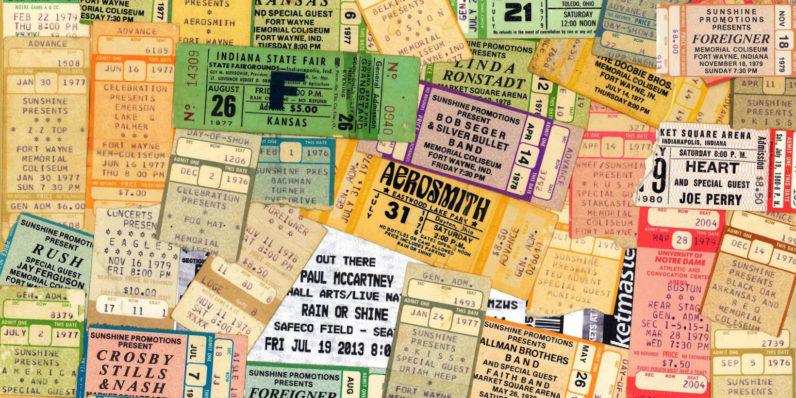 Last year, Christopher Plant, a real estate agent from Philadelphia, paid $1,000 to buy four tickets to the hit musical Hamilton from an agent on Craigslist. However, when he tried entering the Richard Rodgers Theatre to watch the event with his family, he was turned away because his tickets were counterfeit.

Plant can consider himself lucky. He paid about 1.5 times the face value of the Hamilton tickets. Earlier this year, thousands of people bought tickets to an Ed Sheeran concert from secondary markets at eight times the face value. Many of those were found to be fake too.

Fraud, bots and touts—people who purchase tickets from official dealers and resell them at higher prices—are some of the endemic problems that riddle the event ticketing market. Organizers and ticket selling services have tried to counter these problems with various methods and technologies. Governments have tried to regulate it.

However, progress leaves much to desire. Ticket touting is said to be a multibillion dollar market, and online ticket fraud continues to rise year-over-year.

Some experts and companies are placing their bets on blockchain, the technology that is disrupting various industries. Here’s how blockchain  might solve the challenges of the industry.

Blockchain is a distributed ledger of transactions, a datastore that is stored and simultaneously updated on multiple nodes. All transactions registered on the blockchain are permanent and irreversible. As opposed to the opaque and walled-garden architectures that govern current online services, the blockchain is transparent and auditable by outside parties, and enables peer-to-peer transaction of digital information.

Bitcoin was the first application of blockchain. However, the technology is showing promise in many other industries and has proven to be an effective tool in fighting cyberthreats.

One of the key problems that blockchain solves is that of double spending. Once an amount of Bitcoin is transferred from one address to another, it can’t be replicated. This is a feature that has helped solve the problem of piracy and fraud in other domains such as gaming and music, where registering and maintaining ownership of digital assets is a perennial problem.

A handful of companies are exploring how the double-spending prevention functionality of blockchain can be used to prevent the production of fake event tickets. Upgraded Inc, a startup based in Walnut Creek, CA, has developed a mobile app that sells tickets on the Ethereum blockchain, where ownership of data is clearly defined. Upgraded uses smart contracts, programs that run on the blockchain, to add smart features to digital tickets, such as setting restrictions for resale or forcing scalpers to transfer some of their profit to the event owner. To further prevent fraud, Upgraded has also added features such as hiding ticket barcodes before the event or while the user is away from the event venue.

London-based Aventus uses the Ethereum blockchain to transparently track ticket sales and associate a unique identity to each ticket. When purchasing tickets, users upload a token that represents their identity. This can be a voice sample or a mug shot or credit card information. The information is hashed and tied to the ticket record registered on the blockchain. When ownership of the ticket is transferred to another user, the ID information is updated and stored on the blockchain as well. This can come useful in fighting automated programs that purchase tickets from online platforms.

Blockchain has its own challenges

While the idea of selling tickets on blockchain is great, caveats and prerequisites remain. Companies such as EventBrite, TicketMaster and StubHub already own a large percentage of the market, and are not likely to relent their dominance to blockchain startups any time soon.

For Sandy Khaund, founder and CEO of Upgraded, there exists a middle ground. “My goal isn’t to replace Ticketmaster or StubHub. It’s to be the Intel chip inside of ticketing,” he said in an interview with Forbes. “When you go to Ticketmaster, you get a drop-down that says PDF, postal service or will call. In the short term, I want to be the fourth option. In the long term, I want to be the only option. The other three options should not exist.”

Others, such as Russia-based startup KickCity, aren’t optimistic about ticketing giants embracing blockchain anytime soon. That’s why the company focuses on creating incentives for the end users to switch to platforms that work on blockchain. KickCity provides a fully-featured, decentralized event marketing platform. The platform revolves around KCY, its proprietary cryptotoken, and Ethereum smart contracts to allow for reward-based event promotion, ticket processing and transactions, and event community building.

“KickCity is focused on providing reasons for events organizers and everyday event users to switch to blockchain,” says Gideon Nweze, the CEO and founder of the company. “It’s basically a referral system in blockchain which rewards users who invite friends and rewards those who buy tickets. It’s very important to remember that  event organizers spend a lot of money on event marketing. 1000 clicks on Facebook yield 10 ticket purchases, a very low conversion rate. KickCity plans to change that.”

These developments might create enough traction to make the adoption of blockchain mainstream in the near future. But what’s for sure is that people like Plant, who have been defrauded of their money and deprived of enjoying precious events, will be looking for reliable alternatives to current ticketing models. And for the moment, blockchain seems to be their best bet.

Read next: Startup founders, please stop copying each other