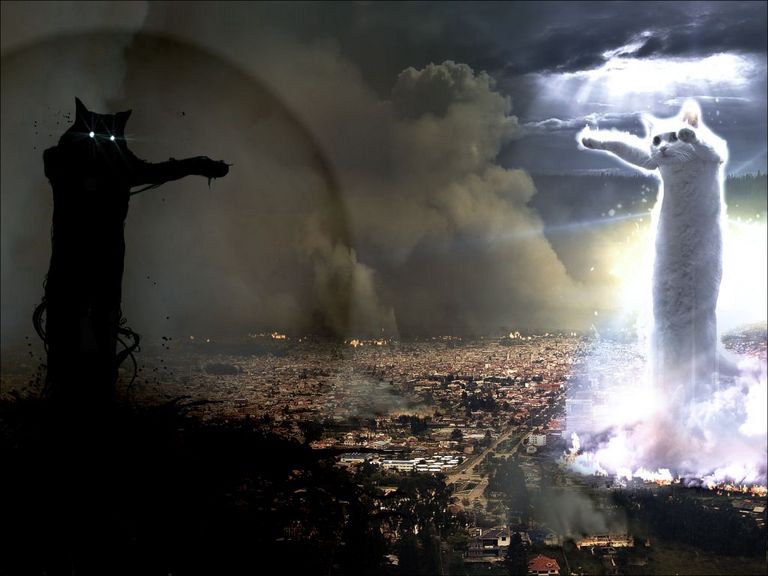 This quote is often attributed to Pablo Picasso but did you know that he actually ‘stole‘ it from a host of writers and authors before him? Steve Jobs then credited the quote to Picasso and the cycle of plagiarism continued.

Why do I care about copying in the startup world? Well I’m writing this post as a disgruntled victim of a daylight robbery. It’s an article I’ve wanted to write for a long time. As a founder in the tech world, I’ve witnessed a growing trend of rip-off merchants. I’m talking about the type of founders who literally copy your idea, brand and business model wholesale. The deplorable copycats of our industry.

It’s never been easier to start a tech business. That also means there’s never been as many copycats in the tech world. If you’re reading this and you’re thinking of starting your own company, please take note.

Earlier this year, my co-founder Aidan and I launched Retro Patents to marry our two passions of tech patents and minimalist art. We announced this on Product Hunt which has become the de facto platform to launch a tech business. Everything was going smoothly until we read the following tweet from a supporter of ours.

@retropatents https://t.co/0NrcEZIcSB
Maybe of interest. Although you guys have received way more upvotes 😎

To our amazement, we found that a clone had sprung up with the exact same type of website and product concept. They even launched on Product Hunt like we had with the same marketing copy to rub salt into the wounds.

It was depressing as we’d spent months building up a loyal following and a solid niche in the market. Thankfully the good folks of Twitter called this out for what it really is, blatant plagiarism. A complete lack of originality.

You also can’t be “Quite unique” or “very unique”. It’s binary. You are or you’re not. And they… are… not. #GrammarNazi #MrRyanC6English

Nothing worse that seeing a business being fully ripped off, right in front of everyone’s eyes. Keep up the good work @retropatents 💾📞📼💿🕹🔫 https://t.co/5Y5GVenU1Q

This is quite a nasty rip off. Keep up the good work Retro Patents, you’ll win out in the end 🙌 https://t.co/0gdohX2WFM

The reason this infuriated us so much was that we’d seen the impact of copycat syndrome with a host of other tech businesses.

Another print startup, Mapiful had had the same issue with copycats like Grafomap and Your Own Maps. This founder of Mapiful, N-E Jansson, wasted no time in defending his turf.

The ecommerce space seems to be the industry most impacted by this negative trend. There are so many tools to support ecommerce businesses like Shopify, Magneto and Squarespace. If you have an idea and a product to sell, you can get it up and hosted in days. This is awesome for so many founders who want to create and capture value online. The negative to this is that these businesses become easy targets for the rip-off merchants.

The word plagiarism derives from the Latin plagiarius, referring to “kidnapper.” Roman satirist Martial in the first century AD gave us its real meaning when he wrote an epigram accusing another man of being a ‘plagiarius’ for kidnapping his writings and passing them off as his own.

Two thousand years later, the act of ‘kidnapping’ original works is just as taboo. From the school and college environment right through to the workplace and professional arena. We go out of our way to punish those who have stolen our ideas. Why is this?

I think former PayPal CEO and legendary investor Peter Thiel best sums this up in his book “Zero to One, Notes on Startups, or How to Build the Future”. The graph below shows how all technological progress is dependent on going from 0 to 1. From nothing to something. The opposite of this is globalization. Going from 1 to n by copying and expanding.

If you choose the path of plagiarism then you’re destined to go from 1 to n. You’re not really a startup as you’re not creating anything new. You’re capturing value without adding anything back into the equation.

Square is a classic case of inventing a new vertical. It wasn’t a smooth ride according to their key inventor but they got there. They persevered though and Square went from 0 to 1. This made it easier for small merchants around the world to accept payments. Their competitors just changed the shape of the device, not the state of the art.

Another clear example of this strategy is Rocket Internet. You cannot find the word “startup” on their homepage. They’re not interested in building startups. Their strategy is to replicate validated business models in new and emerging markets.

The allure is easy to understand. By copying you remove a lot of the upfront hurdles a startup will encounter. You may even make a lot of money doing this. But if you’re not obsessed with your business, then no amount of copying can help you as a founder. It takes real passion to get through the trough of sorrow when running a startup. The kind of passion that drives you to create something from nothing. Instead of copying and exploiting.

To be clear, I’m not against competition at all. Competition is the force that makes the world of commerce go round. It allows for efficiency and cheaper prices for consumers. What I am against is the flagrant passing off of a business and a complete lack of original thought. This doesn’t help technology progress. It stifles real innovation.

Just please remember to go from zero to one. Be a pioneer, not a plagiarist.