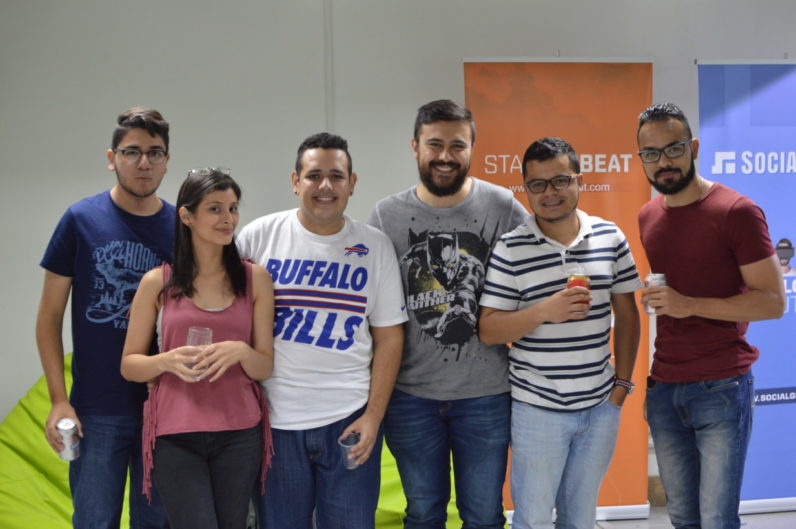 I’ve always been fascinated by dev culture, considered by many to be the lifeblood of the tech industry. Popular culture portrays developers as introverted, however my experiences have shown a different side to the industry. A quick browse of workshops, hackathons, Reddit subgroups, or platforms such as Hacker News reveals an engaged community quick to contribute and offer advice to other people’s work. From open source to APIs, developers have created an ecosystem that is strengthened by wider contributions across the globe.

Over the last decade, dev culture has gone through a sort of renaissance period. Today coding bootcamps, accelerators and online courses are welcoming millions of bright minds to the industry with open arms. As such, I’ve looked to keep my finger on the pulse of what’s trending and to integrate positive aspects into my own company.

Here are four elements of dev culture we’ve look to embed into our own team which could benefit any company regardless of the industry.

Hiring based on skills rather than qualifications

Many of the world’s most innovative developers do not hold university degrees in their respective fields. According to a 2015 Developer Survey by Stack Overflow, nearly half of the 26,086 developers who responded stated that they didn’t hold computer science degrees. And the icing on the cake is that many icons such as Bill Gates, Mark Zuckerberg, Steve Jobs and Jack Dorsey did not even graduate from university.

While some leading companies such as Google will not interview entry-level developer candidates that don’t hold qualifications in computer science, coding bootcamps and online qualifications are making it easier for people to enter the industry without having to go down the traditional — and often prohibitively expensive — route of pursuing a four year university degree. In a recent Fast Company article Sam Ladah, IBM’s head of talent organization, stated that approximately 10 to 15 percent of IBM’s new hires in technical roles do not hold traditional four-year degrees.

Hiring based on skills rather than qualifications is growing in popularity across industries. As an example, Microsoft accelerator graduate Cognises, led by CEO Chris Butt, has created a tool that aims to improve the hiring system by allowing employers to highlight candidates’ real skills through cognitive testing, placing people in roles in which they can really shine.

This emphasis on skills rather than qualifications is something that has played an important role in our company culture from day one. The only requisites to join our team is a strong work ethic, a passion for our industry, and a genuine interest in what we aim to achieve.

Many argue that the most effective way to develop teams is by giving less experienced members the chance to improve with the help of more senior team members.

“Developers don’t emerge from the womb ready for solving advanced problems,” wrote Cahlan Sharp, CEO of coding bootcamp DevMountain in a recent Entrepreneur article. “To grow an amazing senior developer, you plant a bright junior, add time, experience and space for continual improvement, and you end up with a talented, experienced engineer.”

Studies prove that group work combined with one-on-one mentorship can drastically improve the speed and quality of learning, particularly for technical skills such as coding. Most coding bootcamps hire experienced professional coders to work as mentors, and there are a number of platforms like Codementor.io, ZEQR and Rookieup that put online learners in touch with mentors.

As mentioned before, our company hires based on attitude, character fit and skills rather than qualifications. We’ve found that having senior members working alongside newer members strengthens the bonds of our team and leads to a cycle of self improvement. Senior members get to learn valuable new skills such as team management, teaching and public speaking, and newer members get to learn from people who’ve honed their skills doing the exact jobs they are now teaching others.

By opening the doors to people who are willing to work hard and learn from the expertise of others, we look to develop members who in turn will share their wisdom with future hires.

In dev culture there is an emphasis on creating environments that allow engineers to be as productive as possible. Often this means working in small teams and communicating effectively, however another important factor is reducing the amount of time spent on administrative tasks such as mandatory team meetings.

One tactic popular with developers is having ‘stand up’ meetings, in which teams get together to discuss what they’ve been working on and roadblocks to their progress. Rather than sitting down, teams stand and look to limit meetings to fifteen minutes. In a recent Forbes article, Neal Taparia suggested passing a heavy medicine ball to the person who is going to speak in order to stop people from droning on in fear of their arms falling off.

While we do allow our teams the luxury of chairs and — in true startup cliche — beanbags, we limit our mandatory meetings to once a week where we keep to a half an hour time limit. Rather than weighing down our teams with multiple meetings each week, we encourage team leaders to check in regularly with individual members via Slack or in person, and to resolve any issues on the spot should they arise.

With new team members joining and constant changes to our processes based on what is working and what’s not, it is important to have a weekly touch point when everyone is in the room at the same time. However, we try to keep this time short and sweet.

Teamwork is extremely important in the world of coding. A study by Barry Boehm of the Institute of Electrical and Electronics Engineers highlighted that by reviewing code with other people and using pair programming, teams can discover up to 60 percent more bugs than when developers work alone.

As mentioned before, our divisions are structured so that senior members can mentor newer members, however we also try to create environments where teams can work together in other ways. Taking a leaf out of the book of hackathons, which are sprint-like events in which developers collaborate intensively on software projects, we recently rolled out monthly media-thons at our company.

As part of a media-thon, we bring the team together in a fun, competitive environment, provide food, drinks and various prizes, and teams are given 3 hours to create as much great and original editorial as possible. Prizes are awarded based on various categories.

Not only is the team brought together in an environment that strengthens our core values and hones important skills, we also encourage people who would not normally write to give it a try. In the end, we’re able to spark a real interest and to develop content to share with our communities.

The world of development is constantly evolving, and a big part of this lies in the wider community encouraging new members to join their ranks, and in giving people the chance to excel. While much of this energy is coming from startups, even the world’s biggest tech companies are taking steps to make coding more accessible. At a recent DECODED premiere Microsoft Technical Fellow John Shewchuk said that he hoped that his series, which was made by coders for coders but designed to be as accessible as possible for everyone, would inspire the next generation of coders to get involved.

As our company continues to expand, I hope that we can continue leaning on the world of dev culture in order to maintain a passionate company culture, to constantly learn and improve, and to stay as productive as possible.

Read next: Why online etiquette in remote workplaces matters