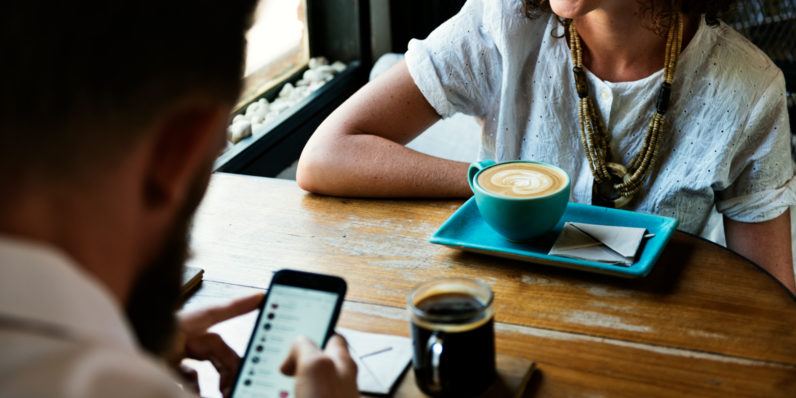 The growth in digital banking is showing no signs of slowing down. Convenience, speed and security aren’t just extra benefits in consumers’ minds anymore. They are now a standard requirement of the rapidly changing customer-bank relationship.

As a rule, traditional bank institutions struggle to build a loyal customer base, while the newly emerging digital-only banks, like Monzo or Tandem, have all the attributes of a strong brand and can keep customers both happy and engaged with their product.

Although the shift to digital banking has led many traditional banks to create their mobile apps to enable customers to manage their money from their smartphones, many innovative fintech startups have gone a step further to completely remove the need for brick-and-mortar branches.

The more flexibility and speed a product can offer, the higher its appeal among the digitally-savvy consumers. The influence and adoption of a peer-to-peer payment app Venmo is so strong that a large part of the public is using its name as a verb. As a product that eliminates the need for cash, Venmo is a telling example of the changing reality of modern banking.

However, banking apps are just the beginning. Tech companies like Apple and Samsung have also recognized the potential of digital payments and created their own solutions – Apple Pay and Samsung Pay – that allow mobile users to pay on the go with just a tap of their smartphone. The fact that 27 percent of millennials say they have used their phone to make a payment at a checkout in a store in the last month goes to show how quickly consumers are prepared to move on to new and more convenient ways of paying.

There’s no doubt that mobile banking is one of the most fundamental parts of digital banking. In the future, we’ll see even more payment solutions that take advantage of the Internet of Things and consumers’ state of connectedness. Frictionless, secure ways of payment that support the technology de jour and enhance, rather than enable, digital payment experience will replace the old-fashioned methods.

The future of digital banking

This brings us to the real debate. Has the future of digital banking already begun? Many fintech experts argue that what we see today is not digital banking but simply digitized banking. Hundreds year old financial products are being adapted to the digital era and distributed via smartphones and the Internet. That’s not so innovative when you think about it. The process can be compared to the transformation that Internet ignited in the media world when we went from reading newspapers to following news online.

Many believe that the real innovation will sprout once the legacy banks and fintech startups move away from modernizing the digital experience and plunge themselves into launching new digital capabilities.

The recent massive influx of new players in the financial services space has caused disruption primarily in three main segments: payments, lending and personal finance. The fintech focus on these three segments because they are the areas where fees can be significantly knocked down (or eliminated entirely) and a strong digital interaction initiated as well as because of the inherent opportunity that comes with it to work better, cheaper and clearer, providing better transparency of what is happening and why.

If instead of using their advantage of speed, agility and the ability to create intuitive user experience to enhance the digital experience these startups zeroed in on delivering entirely new financial products, we would have a much better grasp on the future possibilities of digital banking.

One direction that is shaping up to be an extraordinary one is blockchain banking.

The blockchain is the core technology behind cryptocurrencies like bitcoin or ether and is a peer-to-peer distributed network. It’s a much faster, more efficient and less prone to error process than the traditional automatic clearinghouse (ACH) banking, which can save money and time for banks and make payments almost instantaneous for consumers. Besides that, the blockchain’s decentralized nature makes it much more difficult for criminals to carry out frauds.

One of the most interesting elements of blockchain banking is smart contracts. Smart contracts allow consumers to exchange money, shares, property or anything of value in a secure, conflict-free way without anyone in the middle to take a cut. Like a traditional contract, a smart contract defines the rules and penalties around an agreement. However, the best part about it is that a smart contract would also automatically enforce those obligations.

Monetha, an Ethereum-based payments solution for retail and eCommerce, is one of the few cryptocurrency startups exploiting the smart contracts advantage. Thanks to the transparency of smart contracts, buyers can easily check merchants’ reviews and previous ratings before buying as well as rate them themselves after receiving the item. This greatly reduces the risk of fraud and helps customers choose the best products available.

The rise of cryptocurrencies, or simply digital money, has created a demand for a blockchain-based bank. Bankera is a startup that’s catering to that demand. It supports both fiat currencies and cryptocurrencies and provides a good range of services like any traditional bank, including payment processing, debit cards, loans and low-cost investment products. The catch here is that although Bankera acts like a traditional bank, it is crypto first by nature, pioneering innovative services like taking crypto assets as collaterals for loans.

It wouldn’t be outrageous to suggest that most of the future banks will be digital banks with traditional banking services, supporting both crypto and regular currencies.

Another example of how blockchain technology can be put to use in the digital era is provided by a budding blockchain startup BABB. BABB is the world’s first blockchain-based bank for the micro-economy. Its vision is to give the same power as banks have to everyone by leveraging people’s social connectivity to transact, trade and innovate. It promises to go as far as allowing its users to issue their own currency, lending money and raising funds for business ventures.

The blockchain era gives companies and individuals the power to redefine financial services and create a more trusted, flexible and inclusive space that everyone could benefit from. Although there are still many unanswered questions about this revolutionary technology, it is already clear that the impact it will have on the future of digital banking and the digital world, in general, will be immense.

It’s difficult to gauge what lies ahead, mostly due to yet untapped potential of the blockchain technology. But with the legacy banks jumping on the trend and new blockchain-based startups exploring innovative use cases of decentralized financial solutions, we can expect the future of digital banking to unfold in many unexpected ways. Once we move away from digitizing traditional banking services to inventing digital banking services that suit the blockchain era, we will experience increased accessibility and trust, cheaper and faster services and a significantly more automated banking industry.

Read next: AI and the continuous delivery model are the future of software development