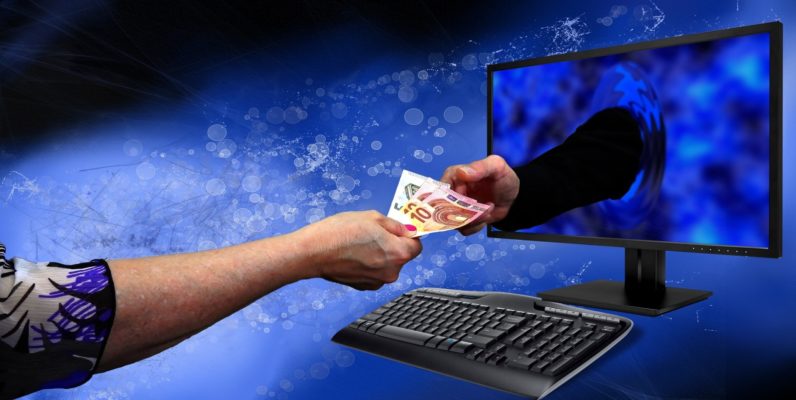 Magnitogorsk, Russia is not exactly known as a venture capital hotspot, but that didn’t stop a zirconium manufacturer based there from successfully raising $7 million from 4,000 investors. All it took to raise the money necessary to start their (extremely specific) business was a thoughtful deployment of the initial coin offering.

Perpetually shortened as “ICO,” an initial coin offering is a crowdfunding mechanism built on top of the blockchain, the same open-source software technology that powers Bitcoin, Ethereum, and other cryptocurrencies. Instead of conventional cryptocurrency, ICO investors buy “tokens” that represent partial ownership of a company’s cashflow. A token’s value goes up or down based on the company’s financials, and investors trade these assets at a profit or loss as they see fit.

The ICO market is perhaps fairly contextualized as an unregulated, blockchain-enabled stock market. There’s no centralized exchange for tracking every ICO in one place, but a number of sites work to monitor upcoming and in-progress ICOs. First appearing in 2014, ICO’s are acquiring breakthrough momentum; So far in 2017, some 92 companies have raised more than $1.2 billion via initial coin offering, and an ecosystem of ICO-related startups have cropped up to take things mainstream.

Lately leading this charge is a Moscow-based company called Waves. Its platform serves to facilitate ICO token sales from scratch; whether you want to start a large enterprise business, a small mom-and-pop shop, or something in between, Waves exists to make it quick and easy to raise money on the blockchain. It even raised $16 million of crowdfunding using its own technology.

“[The ICO is] a very flexible instrument,” says Waves CEO Sasha Ivanov. “It’s more cost-effective [than other fundraising] because you cut out the middleman and go directly to the public.” He hedges this comment only slightly, saying that an ICO is “a high-risk investment” that should only be used “by those who really understand the market.”

It’s a good warning for now: ICOs have some growing pains to get through before they can be successfully normalized and trusted. Rest assured that the United States Securities and Exchange Commission is paying close attention. In May 2016, the SEC investigated a $150 million ICO by an organization called The DAO, ultimately finding that those tokens qualified as conventional securities, making them subject to the same regulations as stocks and bonds. But just because the SEC deemed The DAO’s tokens legit doesn’t automatically grant the same validity to all other ICOs.

ICOs are something of the Wild West of financial technology. Because the blockchain is open source, it can be reappropriated to innumerable different ends. In some cases, these reappropriations will meet the stringent legal definition of “security,” and others may not. The best-case scenario is that an ICO provides value to the tokenholder while yielding capital to the corresponding company. In worst-case scenarios, an ICO organizer simply vanishes with the money, leaving investors scammed and without recourse.

“Many ICOs we have seen in recent months were based on little more than white papers, and resemble IPOs,” says Brad Garlinghouse, CEO of the blockchain-powered payments company Ripple. “We’ve previously highlighted these ICOs as unregulated, unsustainable, potentially deceptive, and detrimental to the long-term growth of the digital asset market, so we welcome the SEC stepping into the ring to clarify that certain types of ICOs are actually securities.”

Launching this month, a business called Blackmoon Crypto maintains a blockchain platform that seeks to bridge the gap between cryptocurrency technology and conventional investments.

Blackmoon users don’t manage a portfolio, but a “tokenized fund” of assets, crypto or otherwise. Because the whole system is driven by the blockchain, it unlocks some cool capabilities. For example, investing is no longer limited by geography — a blockchain stays universally intact, no matter where its users are located.

“There are institutional investors like Bessemer already investing in the blockchain, so we think this is the new reality,” says Blackmoon founder and CEO Oleg Seydak. “It’s not only a way to raise funding, but to gain a community of supporters for your cause at the same time.”

For now it is surely the East — countries like Russia, China, and Japan — leading the charge for blockchain assets to be the new normal. Investors in the West have “better access to structured financials like venture capital, private equity, and other traditional sources of capital,” says Seydak. Where Eastern markets are less developed, the blockchain is quickly asserting itself as a way to modernize one’s investments where the established financial infrastructure is lacking.

With the emergence of ICOs, familiar limiting factors like geography start to become irrelevant to investing — the nature of financial speculation is beginning to change due to technology. Regulation will eventually catch up, however, and it will only get “more difficult to use the ICO mechanism to conduct illegal or unscrupulous operations,” says Ivanov.

Digital finance expert and author Dave Birch gave us the long view: “I think that ICOs are more of a picture of the money of the future than Bitcoin is. When the current craziness is past and tokens become a regulated but wholly new kind of digital asset — a cross between corporate paper and a loyalty scheme — they strike me as being something of an opportunity to remake markets in a new and better way.”

It worked wonders for an upstart zirconium plant in rural Russia. What could it do for you?

Read next: Samsung boss sentenced to 5 years in prison for corruption