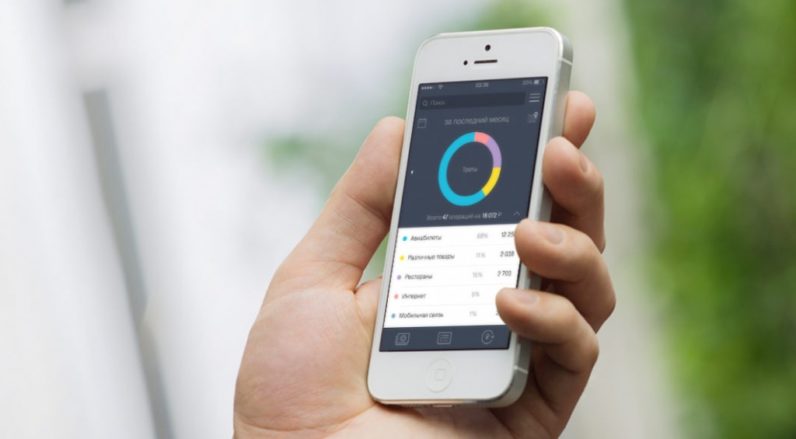 In 2009, Chad Mureta, a real estate agent from South Carolina, got out of the real estate business permanently in exchange for a more lucrative endeavor: mobile apps. He lost his dominant arm as a result of an accident when he hit a deer on his way home from a basketball game, and his life and career turned upside down.

“That’s when I lost all hope. In my mind, at that moment, there was no reason to live – I had lost everything,” he shared in a Forbes interview. “I didn’t know if I was going to get my arm back, didn’t have anything to look forward to. I thought life was bad before the accident, and now this…”

Despite the end of his career and a huge lifestyle change, Mureta didn’t let this moment get him down. Looking at his brand new iPhone sitting next to him in his hospital bed, he pondered entering the app scene. He remembered something his friend had told him about making money on an app investment, and he knew that he could capitalize on this as well.

“I stared at this phone and looked at these apps and started to understand why they were successful,” he explained. “I started reverse engineering their success – their marketing, the way they were doing things, and asked myself why I would download them.”

But Mureta wasn’t a computer geek. “I had no real computer experience. To this day, I don’t like being on the computer. It’s hard for me to type. I couldn’t stand that. But, I saw it being a new opportunity that could work out.”

Now, Chad Mureta has built an app empire. He’s responsible for the creation of FingerPrint Security Pro, Emoji, and other apps that are now standard on modern smartphones. Despite his unfamiliarity with the tech scene, he took his excellent ideas and turned them into apps that millions use on a daily basis.

Though Mureta is among the most successful pioneers in app development, his story isn’t unique. Hundreds of thousands of people around the globe with varying technical skill levels have taken their great ideas and turned them into monetizing apps.

But it’s not as simple as having a wish and hiring an agency to develop it for you. You’re in for some careful and precise planning, a solid marketing strategy, and an app idea that will meet the competition head on.

Find someone to develop your app

You can’t just hand your app idea over to anyone. Creative rights aren’t always easy to prove, and someone could steal your app right out from under you. Additionally, you might put your app in the hands of a developer with inadequate skills and the intention to take you for every penny you have. It’s tempting to use freelancers from another country for a discounted rate, but frustration and failure are more than likely in your future if you do so.

When Mike Lomovitz, a marketer and entrepreneur, came up with the idea for an app, he hired a developer from Elance. Unfortunately, his contractor acted unprofessionally and required extra fees along the way, making the whole process a difficult experience.

“I paid a developer to build an app I designed, and he did just that,” he wrote in a blog post for The Next Web. “In many ways, you could say that I accomplished my mission.  However, the frustration that went along with the process, dealing with someone on a completely opposite schedule, and constant battling over the nitty-gritty left me feeling like I should learn how to do it myself.”

Many have expressed the same frustration when working with a freelancer, although this is not always the case. Freelancers can act with professionalism and deliver an excellent product, but it’s hard to know exactly what you’re getting when you make that hire.

Unless you’re sure you’ll have a good experience, it’s better to go with an app design and development agency with experience and proven professionalism. You can read plenty of widespread reviews for such an organization, view the apps they’ve made before, and trust that such a successful business will have a high-quality control and customer service guarantee.

Creative27 is a very popular option for app development right now. They were named digital agency of the year for their work with both startups and Fortune 500 companies. They’ve partnered with Samsung, BBC Worldwide, Screen Actor’s Guild, Univision, Westfield, and more.

By selecting an agency like Creative27, you can take a look at their gallery, read hundreds of testimonials about their work, and make sure you’re getting your money’s worth out of your partnership.

Learn a little about app development

“If you’re not a tech industry insider with years of experience, you’re going to have to learn to program. That’s the secret,” says David Gewirtz, host of the ZDNet Government and ZDNet DIY-IT blogs and amateur app developer.

Although you don’t need to be a world-class programmer, some basic programming knowledge will allow you to work more closely with developers so that your ideas can be realized. You’ll also understand their jargon and be able to communicate concepts and designs a little more clearly.

Ultimately, learning about programming will prevent you from being taken in by a greedy or underperforming developer. You’ll feel a lot more confident letting your idea go.

Gewirtz admits that the process of developing an app can be daunting, but that there’s a clearly defined pathway for amateurs who want to learn.

“The good news is that Apple and Google have gone to extreme lengths to set up systems that make the barrier of entry into their app marketplaces almost absurdly low,” he says. “They want you to develop your app. They really, really do. After all, your success is their success, because they get a cut of every app they sell.”

He also suggests diving into free resources like YouTube videos, books from your library, and free online development courses. With a little time and a commitment to your program, you can learn a lot about app development.

One of the most important steps in getting your app up and running is finding a way to make money from it. Even if the reward for your app development runs on an alternative revenue stream (such as a non-profit cause or helping to solve a societal issue), you still need money to pay for the development, maintenance, and fixes, which can range anywhere from $3,000 to $1 million, depending on the size and use of the app.

Many apps are called “freemium apps” which means that the user can download them free of charge. The content is typically limited compared to a premium version, and there are always advertisement interruptions. It’s these advertisements that will pay for your app based on a per-use or per-click model.

Then, there are premium apps, which offer minimal ads and more features. These require a fee to download at the beginning. If you go with a trusted developer, they can help market your app so that you don’t lose all your clientele to similar free apps.

You also have the option of in-app purchases for both freemium and premium applications. This isn’t the easiest method for making a profit, and most find that it’s better to make advertisements and premium fees the primary source of income for your app.

Once you’ve developed your app and put it on the market, keep a close eye on its reception. Collect user data, compare market responses, and take note of the demand. Good app developers will make fixes and updates to maintain its success in the market.

If your app isn’t performing well, it’s critical that you make improvements. “Just one negative experience a customer has with your app can seriously trouble or end your relationship with them,” warns Kalei White of Think Apps. “Indeed, it’s important for apps to work well in order to maintain or elevate a consumer’s opinion of a brand because a poorly functioning app could sour it.”

The success of your current mobile application and any future developments depend on the name you make for yourself through a positively-performing app.

After you’ve gone through the app development process, it’s much easier to do it again and again. Like Chad Mureta, many find that making a single app isn’t enough for them, and they want to build a larger model of revenue and success through multiple app developments. The more you know about the process and the better prepared you are, the better off your app will be.

Read next: Facebook is down for many users [Update: It's mostly back]