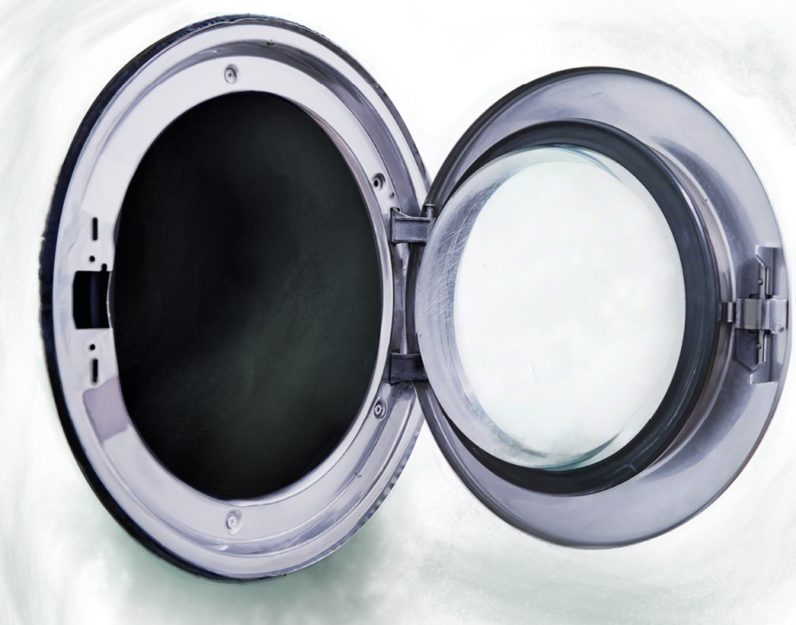 I had just sat down to work one Saturday afternoon, when the familiar sound of the clothes washer, starting its spin cycle like an airplane taking off, started humming in the background. It was that sort of familiar noise that was both comforting and quickly drowns out the background, allowing me to sink quickly into a nice flow with some engineering work.

Suddenly, with a loud thump, the sound of a rattle, and something too awful to describe, the spinning machine came to a dramatic halt. I knew immediately it was the washing machine, as that peaceful hum was no longer softly blanketing the background. An uncomfortable silence was left in its void.

I walked over to the machine and made a quick inspection. Sure enough, there was a dim indicator on the front panel that read Err as my clothes sat in a soapy swamp. My first indication was to go online and seek some machine first-aid at ifixit.com. As an engineer myself, it’s almost a reflex to begin the troubleshooting process, no matter the medium.

Down the rabbit hole I went, educating myself on condenser units, evacuation pumps, controller computers, and the impressive array of components used to assemble these machines. Eventually some sort of alarm went off in my mind, and I was hit with the heavy reality of having wasted several hours attempting to gain expertise in a field I barely knew. So, I called the repair line and booked a repair.

Easy enough. In modern times, we have access to nearly immediate service only a phone call or screen-tap away. Though as I sat back down at my computer, I began to wonder if there was another, more efficient way to allow the manufacturer to diagnose and service my washer. After all, the selfish side of me reasoned it would save me, as the consumer, some additional TCO in the life of the appliance.

On the flip side, what if I would’ve just declared the device defective, irreparable, or obsolete? Would it have made its way to a recycling yard or trash heap as I enjoyed the delivery of a shiny new product? Appliance manufacturers are producing products with shorter lifespans than ever and higher failure rates than their legacy counterparts.

This drives earlier whole-unit replacements and generates more waste. However, I would add that the millennial generation has a distaste for such environmental or corporate villainy, quickly sniffing out its presence and choosing the more sustainable option instead.

Consumer electronics are attractive, and the provocation of lust for the “next best thing” is always innate in their marketing strategies. However, what if we had another option where our devices could detect or predict failure, suggesting and even ordering replacement parts for us in the meantime? What if we could then be guided by the manufacturer through a mobile app, giving us the opportunity to save time and money by walking us through the replacement process?

If we were constrained for time, at least the manufacturer could realize savings, both environmentally and in labor cost, by invoking only one trip for the service technician. Even better, what if the device could fix itself?

Though the idea, at some levels, seems trivial, one critical piece to construct such a tool has been missing: visual cognition. Though computers have been getting better at recognizing individual parts, an ensemble of image recognition, cognition, and communication (chat-bot) are necessary for this type of automation.

It’s at the intersection of these three that we can begin to create fully automated solutions where we can rapidly decrease our ejection of defective technology to landfills and simultaneously reduce our environmental impact, in the end saving money for both ourselves, and the producers of the products we enjoy.

Taking this one step further, with accurate failure reporting and detection, manufacturers can design products that perform their tasks more reliably and efficiently. Instead of ending up in the trash, as 70.8 percent of consumer electronics eventually do, fully functional “hand me downs” could enrich less affluent regions, with the maintenance cost also reduced through the above means.

Through I regularly defend the positive impact of AI to my friends who entertain a dystopian viewpoint, at the intersection of industries are possibilities that I gloss over on a daily basis. To a larger degree, even the receipt of defective machine parts for recycling could then be automated, allowing the return path to be optimized in a way that isn’t currently possible.

My washing machine is now fixed, and I have some fresh, clean clothes. However, next time an appliance breaks and I’m tempted to discard it, I would love to have Artificial Intelligence take care of the process, saving both environment and resources at the same time.

Read next: Learning goes digital with MarginNote Pro — at 50 percent off