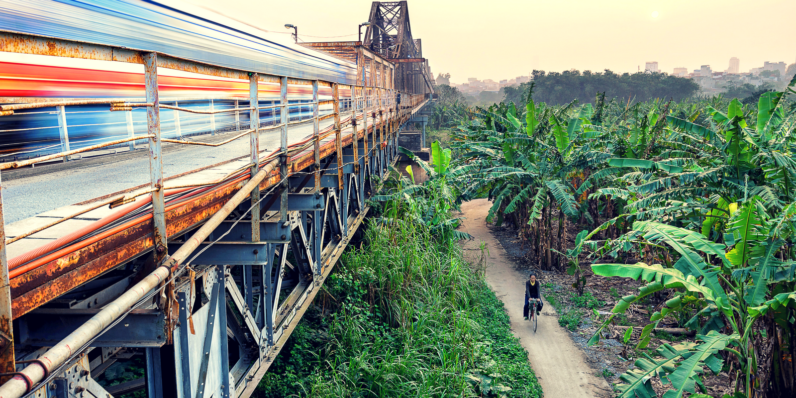 Both businesses and individual consumers are already eagerly awaiting the 5G roll-out somewhere around 2020; existing mobile connections are often not sufficient for their needs, let alone whatever it is they’ll be doing with devices that are evolving at a breakneck pace four years from now.

When 5G finally becomes available, it promises regular transfer speeds of hundreds of megabytes per second, in contrast to the low tens of megabytes that even good 4G connections usually struggle to reach at present.

In addition to faster transfer speeds, 5G will mean increased reliability and lower latency of connections, opening a very wide new range of possibilities. Smart devices in particular are expected to see a major boost in their utility and capability, with the most-cited example being deployment of autonomous “smart cars” on a wide scale.

With the infrastructure still being put into place, at present it is far too early to say exactly what specific ways 5G will impact specific big business categories. It’s never too early for a little speculation, however.

It can be said for certain that 5G will have a disproportionate impact on several types of businesses; some will benefit more than others, and some will initially be hurt by it due to disruption of their existing production, distribution and marketing processes.

There are some industries for whom it is a safe bet that 5G will be an early and unequivocal boon. However, as mentioned before, the biggest winner is likely to be the automotive industry. Not just in the sense of further enabling self-driving cars, but also greatly enhancing the connectivity options of traditional vehicles.

One particularly intriguing advance will be in the ability of vehicles to communicate directly with each other, potentially automatically avoiding crashes or minimizing damage. Commercial vehicles will see major enhancements as well, particularly in the ability to optimize trucking operations. The net gain for consumers here will ideally be lower prices due to lower logistics and shipping costs.

Smart devices, aka the “Internet of Things,” are also poised to get a whole lot smarter and more useful. The biggest advance is in the ability to create a new bandwidth protocol specifically for smart devices to pass data amongst themselves. So, just for one simple example, a dirty carpet could automatically signal an autonomous Roomba-like vacuum to come clean it.

Of course there will be some downsides to 5G, so we must ask who might it hurt? Primarily, it could be wired cable and phone companies, somewhat ironically in the latter case. With a wireless high-speed connection constantly available, more consumers will potentially opt to “cut the cord” on their communications services entirely. Cinemas and other entertainment venues may also be hurt as consumers get an even more impressive experience via streaming virtual reality.

While there will always be some need for people to physically show up at a job, faster speeds and more bandwidth will inevitably translate into more of a transition to a “distributed workforce” for companies.

For employees, this can be a good or a bad thing. Good in the sense that it offers more opportunities to work from home or while traveling, but potentially bad for the overall stock of good salaried positions with benefits. Companies may opt to shift more of their operations to freelancers instead.

In general, big business should be best positioned to initially adapt to and take advantage of the 5G roll-out; that’s simply because the transition is going to be expensive, and smaller players may not be able to absorb the cost for a while.

Tech journalist Diana Adams wrote an article on how 5G will make us a better-connected world and she said: “This is an exciting time in our evolution. It’s hard to believe that in only a decade, our lives will be completely different than what we know now.”

It is important for companies of all sizes to keep in mind that the debut of 5G doesn’t mean the instant death of 4G. Over 4 billion devices are expected to be reliant on a 4G connection in 2020, about the time that 5G is expected to start becoming available.

Read next: Here's how live streaming in Africa should change