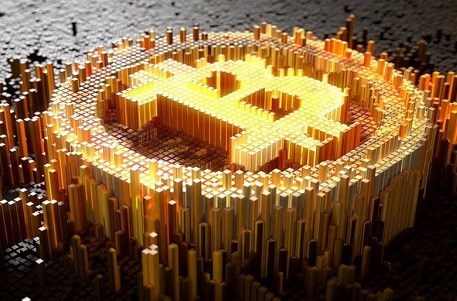 Tech has changed the financial services landscape and our exposure to these new technologies is even reshaping the way we think about money and wealth.

Thanks to a whole plethora of cashless payment solutions available, more people are opting to go cashless for their transactions. In the US, a Gallup poll in 2016 showed that only 24 percent, as opposed to 36 percent in 2011, prefer to transact mostly, or exclusively, in cash.

Respondents cite the proliferation of digital and mobile payments as the reason why they’ve been using less bills and coins for purchases.

Other financial activities are heading for a change as well. In investing, new apps and services like Acorns and Robinhood now provide less intimidating means for people to try out stocks through micro investing.

Only 52 percent of Americans own stocks and millennials are found to be less likely to invest. Financial wisdom dictates that people should invest in order to build wealth so it would be a welcome development for tech to influence this segment.

Today, blockchain has taken over financial technology and even banks are aggressively pursuing their own blockchain projects. Other startups are also coming up with innovative uses of the technology. Interestingly, these developments have ushered in new ways people invest and grow their wealth.

Let’s explore some of them.

Let’s start with the obvious with cryptocurrencies.

There are plenty of people wishing that they had acquired bitcoin when it was just starting out, myself included. Believe it or not, Bitcoin was valued at just $0.07 when it was first made available for trading on Mt. Gox in 2010. As of writing this, bitcoin is worth over $2,700. Those who made early investments and held on to their bitcoins can now enjoy very generous returns.

Other cryptocurrencies are also enjoying growth. Ether, the cryptocurrency from the Ethereum blockchain, trades at over $200 after starting out to trading for just a few dollars. Bitcoin cash, the new fork from the bitcoin blockchain, just became the third top cryptocurrency behind bitcoin and ether just days after the fork.

The introduction of platforms like Ethereum allowed developers to create their own cryptocurrencies. Through a token sale, investors can “buy in” to these startups by investing established coins like bitcoin and ether in the startup. However, instead of stock certificates, they receive the company’s own cryptocurrency tokens.

Anyone interested in investing can readily participate in the token sales as opposed to the traditional means which often involves waiting for a company to be publicly traded or look for means to buy in (mainly through a secondary market) in order to invest in that company.

There are also new blockchain startups whose services are aimed at investments. Virtually anything can be “tokenized” through blockchain. Blockchain is essentially a ledger that effectively records all transactions in a system and it has shaped up to be an alternative to paper documentation. One may think of tokenization as creating the digital equivalent to documents such as titles and certificates.

Startups like LAToken aim to create platforms that allow asset owners and investors to trade real-world assets over blockchain. Assets could be anything – real estate, stock options, art, and even antiques. These assets are tokenized and are then traded over the platform much like cryptocurrencies. An added advantage of tokenizing assets is that fractional ownership is possible.

A recent white paper by the company provides much-needed insights into the work tokenized assets.

Other startups are also looking at tokenizing financial instruments. The Hive project looks to provide SMEs liquidity by tokenizing invoices. Even governments are experimenting on similar use. Sweden is testing using blockchain for its land registry and the British Royal Mint is looking into putting gold on blockchain.

What blockchain has essentially done is diversify the means people can invest. People can now invest in cryptocurrencies, startups, and tokenized real-world assets all because of blockchain. The next challenge then is to encourage adoption of these investment vehicles.

Cryptocurrencies are getting the most attention as the value of these coins continue to move up and more countries accept these as legal tenders. ICOs are also generating much interest as startups come up with interesting ideas on using blockchain to drive business. These new blockchain trading platforms, while still unproven, offer much promise.

“My dream is to make NASDAQ on Blockchain with a wider range of tradable assets and a dramatic reduction of listing costs, settlement time, and transaction costs,” said LAToken CEO Valentin Preobrazhenskiy.

It is possible that once these startups hit mainstream that more casual investors would dive into using these blockchain platforms. For example, stock trading app Robinhood has to thank the popularity of Snapchat for the burst in Robinhood’s usage when Snap held its initial public offering.

At least for now, we could thank the technology for creating various ways for people to build and manage their portfolios.

Read next: This site helps you avoid peak season to book the cheapest vacation