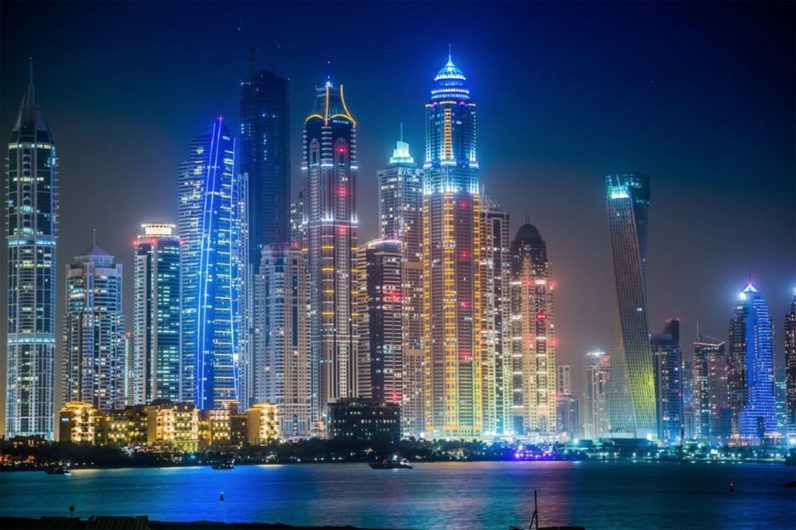 In the past, people didn’t give much thought to the startup climate in the Middle East and North Africa (MENA). But after Careem’s massive funding and Amazon’s acquisition of Souq, people are finally realizing the potential of the region.

I’ve been fortunate enough to meet with entrepreneurs and help startups all over the region through my work for the US-based Hidden Founders.

The local founders I’ve met in the region are tremendously ambitious about making MENA the next big nest for startups. However, while I’m tremendously positive about MENA’s tech scene, there are still few challenges that lie ahead — which need to be solved before the region can become a major hotbed for innovation.

Here are the main problems facing the MENA region:

MENA tech talent is excited about stability, not startups

The shortage of tech talent across the Middle East and North Africa is the first big hurdle for these startups. In countries like Morocco or Tunisia, for instance, there still isn’t a strong entrepreneurial culture, and most software engineering graduates consider going into big offshore companies an excellent professional move.

Stability, a clearly defined role, and minimum downside risk is what they look for, whereas in the US and Western Europe, founding a startup is seen as a risky but ambitious career move, with higher upside potential both financially and in term of career progression.

When hiring junior profiles for Hidden Founders, we have no trouble finding bright, technically able candidates, but we spend more time than usual educating them on the differences between working at a startup and working for a big business — or in an offshoring company.

Graduates from France or Germany on the other hand, generally come in with a good understanding of what working at a startup will be like, and are perfectly comfortable with the lack of clearly defined structure, or the higher level of ownership they have over their tasks.

Infrastructure impacts startups in MENA countries on two fronts: on one end, their local market is restrained by the lack of access to services like data, WiFi, online banking or cell coverage. North African countries especially — including Egypt, with its population of 90 million — remain at around 50 percent internet access penetration, with an average bandwidth under 20,000 bits per second. For context, the US average is almost 100,000 bits, and the UK’s is over 370,000 according to the World Bank in 2015.

On the other end, the pace at which these startups can grow is limited by the lack of a solid enabling environment: with fewer experienced entrepreneurs or investors to act as mentors or establish connections with outside resources, startup founders find themselves relying more on their own limited experience, and not capitalizing on the work of others.

The good news, however, is that we have seen more events and organizations develop in the past few years, such as StartupYourLife in Morocco, or the RiseUp summit in Egypt, and founders now have at least a starting point when they want to access a network for help and support. Saudi Arabia, Qatar and the UAE are also directly fostering the startup environment by opening government-backed incubators for their citizen.

The issue with the lack of technical infrastructure, however, might not be solved as quickly. Without a solid incentive from governments to invest more in their infrastructure, or at least more competitive pressure from outside actors, Telecom companies in the region are not likely to improve the quality of their services anytime soon.

Regulators are still catching up…

Unsurprisingly, startups in the Middle East and North Africa also struggle with outdated regulation. Founders find themselves plagued on every front, from visas to labor laws to industry regulation to investment barriers to highly varying customs regulation from one country to another… regulators are clearly still catching up to the needs of their entrepreneurial citizens.

Many countries are trying to loosen up some of those legal constraints, however. Egypt has just passed its first bankruptcy law, Oman has brought down the number of days to start a business to under 10 — down from 40 just 10 years ago, and Morocco just eliminated any capital requirement to start a standard S.A.R.L company.

Another obvious stumbling block that these startups face is raising funds. According to Disrupt Africa and MAGNiTT, investments have been trending up after the dust settled from the Arab Spring and the Global Financial Crisis, but many VCs operating out of the region remain cautious. Hamzah Nassif, from iMENA, shared with me that he noted a marked increase only in small rounds between $2MM and $7MM.

The key, he notes, will be to not lose the momentum created by the recent transactions and mega rounds.

That momentum is needed because a huge gap still remains between the resources available to startups based in MENA and those based out of Western countries. The MENA Private Equity Association lists 34 VCs across functions and stages in the region, which remains a ridiculously low number compared to Europe or the US, at around 500 and 800 firms respectively. Without outside interest, local demand for funds cannot be met.

It’s also worth noting that the investor profile in the MENA region is quite different from that of Europe or the US. Sovereign wealth funds, high-net-worth individuals and government-backed initiatives are all options that an entrepreneur in the region might consider, even though they might not all be adapted to his or her needs.

My own experience with Intilaq, a Moroccan governmental initiative to provide innovative businesses with zero percent interest loans, has left me wary of any publicly-funded money, as it might come with some serious strings attached.

The second option, which is to approach high-net-worth individuals for an angel investment, is a hit and miss. While able to provide the necessary funds for a seed round, few of them have the business expertise or the network that a VC could bring a tech startup.

Sovereign wealth funds, on the other hand, are quickly becoming a more attractive option. With funds from Saudi Arabia, Qatar, Kuwait or Oman already investing in unicorns across the world like Twitter or Lyft and opening offices in western tech hubs, there is no doubt that founders will soon have access to sophisticated local investors with a worldwide network, should they choose to leverage them.

On a final note, I’m really bullish about my region but I remain skeptical of anyone who tells me that MENA is the next big startup hub, for a number of reasons, the first of which being that MENA is not just one single entity.

There are sizable differences between its different markets, cultures, regulatory environments and funding ecosystems. I do believe, however, that there are serious opportunities for pioneering investors who are willing to do their homework on their chosen market, and who will give founders the tools they need to catch up to their international competition. Dubai is not quite Silicon Valley, but Careem is still giving Uber a run for its money.

Read next: The Rock teams up with Apple's Siri for his next movie