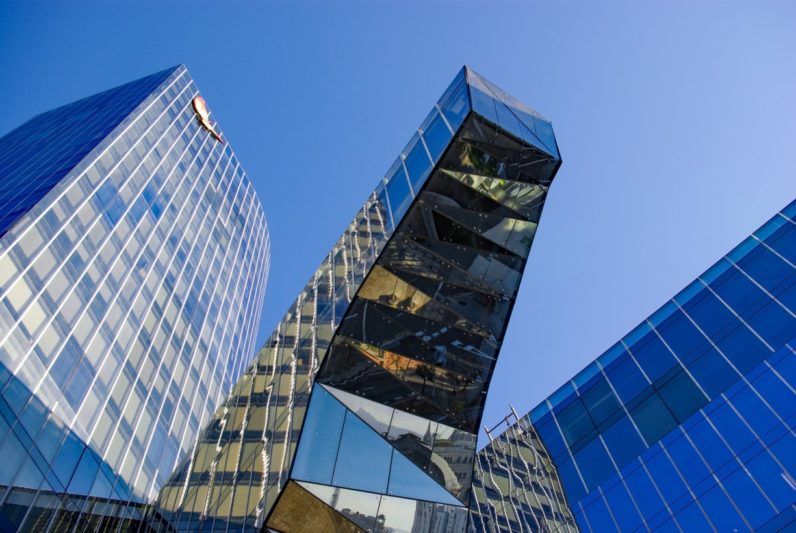 In post-crisis Spain things are beginning to pick up. The country is the 4th destination for international tech talent and Barcelona, the second largest city after Madrid, is ranked at number 5 of 60 European startup hubs in Europe by the Mobile World Capital Barcelona (MWC). Attracted by the lifestyle, a relatively low cost of living, and dozens upon dozens of co-working spaces, you’ll find many startups, “digital nomads” and European entrepreneurs operating in the city.

Nevertheless, unemployment in the country is still hovering at 17.8 percent. Youth unemployment is at a staggering 38.6 percent – and this means that there are well over 4 million people actively seeking work. While life in Spain is not perfect by any stretch of the imagination, the economy is growing faster than that of many other countries in the eurozone, according to the Financial Times.

It’s certainly a mixed bag. I’ve lived here in Barcelona on and off for the last 10 years, and I’ve seen many changes. Now 28.4 percent of all Spain’s startups are located here and I recently heard it described as “Europe’s Silicon Valley.” But could that really be true?

Narrow streets and a tight-knit community

Walk the narrow streets of Barcelona’s Gothic neighborhood and you would be forgiven for thinking that it was a city that time forgot. From Gaudi’s Modernist masterpieces Casa Batllo and Sagrada Familia, to civil war scarred walls and Roman columns, it’s everything Silicon Valley is not. The capital of Catalonia boasts a beautiful dichotomy, a meeting of the ancient and traditional with modern and innovative.

Once you have your bearings, you’ll realise the city sprawls from north to south in an elongated egg-like shape, constrained by low mountains to the north west and the Mediterranean sea to the east. This geography concentrates the city, forces organisation in its (partly) gridded street system, and stops it getting bigger than its natural boundaries.

I spoke to Sançar Şahin, the Director of marketing at Typeform, a highly successful local startup. He told me that Barcelona’s small size and village-like mentality was a big advantage to the local startup community.

“There’s quite a big difference in the startup culture here, compared to some of the other startup hubs,” said Şahin. “When you contrast it with London, Berlin, and definitely San Francisco, Barcelona is unique in the sense that it has a small, tight-knit community.”

The city is also home to a lively selection of Meetup groups and regular networking events — and the scene is very international.

“Everybody has crossed paths at some point,” he continued. “When you go to an event you’re going to see the same faces. If you work for for one startup with say 20 or 30 people, it’s very likely you’ll see someone you’ve worked with in a previous company. It’s a very collaborative environment.”

But it’s not just about the size or familiarity of the entrepreneurial crowd in the city. Barcelona tends to attract a different kind of Entrepreneur, one who values quality of life as much as success in business. With good skiing in the Pyrenees just a few hours away, cheap transport and rent, a city beach, excellent nightlife, and 2,400 hours of sunshine a year, it’s a tempting proposition for many.

“Barcelona is more of a lifestyle more than anything,“ said Şahin. “I love being part of an emerging, growing, startup hub. If I went to Silicon Valley it would be fun, but here I feel individuals have a better shot at making a change, no matter how big or small their startup is.”

Education and the Spain brain drain

During the crisis many graduates escaped to Germany and beyond to take advantage of stronger economies, seeing Spanish talent dissipate in an unavoidable brain drain. The number of Spaniards living abroad increased 56.6 percent between 2009 and 2016 to 2.3 million.

It’s a huge problem for the government and for innovation in the country. But it’s possible that the seeds of change are being planted.

Like Silicon Valley, Barcelona is fed into by a number of top universities. IESE is ranked by the Financial Times as the world’s number one university for executive education. There are other, globally recognized, institutions in the city, including ESADE, EAE and UPC, each offering local and international students an invaluable opportunity in such a difficult jobs market.

“Barcelona’s startup culture has an effect on people in education and their trajectory. Graduates no longer have to go into some stuffy office somewhere and work nine to five. They have options in the startup community now,” said Şahin.

What’s more, thanks to the difficulties and expense associated with bringing in non-European labor, many startups in Barcelona are snapping up local talent, fresh from business schools. And it’s certainly possible, now that Barcelona’s startup scene is becoming more established, that we’ll see a slow shift away from mass emigration thanks to a growing number of opportunities provided by these new tech startups.

“The startup ecosystem is also having a positive effect on local business,” said Şahin. “We’re starting to see some businesses beginning to adopt startup culture and principles, making their offices nicer places to be, more comfortable, and so on. I think it’s changing the culture for Spain in a way, but of course, we’re in a hub, it’s a bit of a bubble  and it will take some time to spread out.”

Far from being behind the times, Barcelona is one of the most wired cities in the world and is widely considered a world-leading smart city. The startup scene is also supported by excellent local services such as Barcelona Activa — a European Union funded initiative that provides free resources to entrepreneurs and small business owners.

Then there’s [email protected], 200 hectares of reclaimed industry land now described as an innovation district, full of spaces dedicated to “concentration of intensive knowledge-based activities”, according to the website presentation. It’s certainly an impressive urban development to walk through, full of design spaces, co-working areas, and startup offices.

Moreover, with successful local startups like Wallapop, Typeform, Social Point, Glovo and many others, we’re bound to see more investors turn their attention to the city. We’ll also see more entrepreneurs setting their sights on a place with a great work-life balance, a highly-skilled and educated workforce, and… a beach.