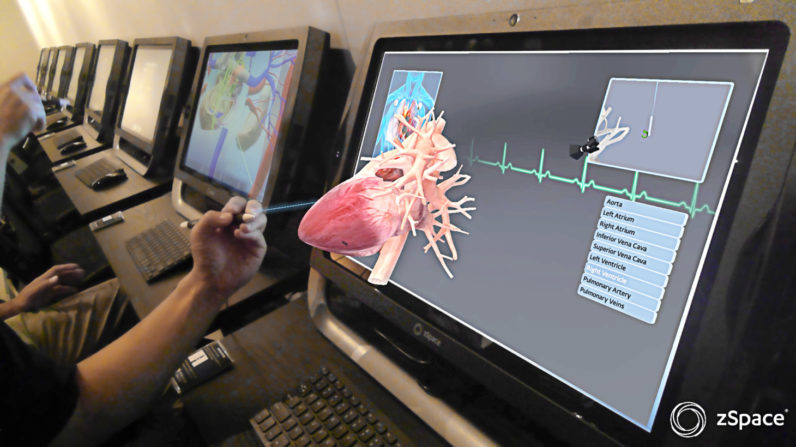 From AI-driven personalized learning to virtual reality, online courses will need to innovate to address their credibility issues and fulfill their enormous promise

There’s little doubt that online courses are proving popular with students all over the world. Massive Open Online Course (MOOC) providers such as EdX and Futurelearn have been lauded with democratizing higher education and making knowledge more accessible.

Coursera – which to date attracted over $210 million investment – has over 20 million registered learners who access courses from over 140 institutions worldwide, and most major universities – From Harvard to Imperial and Princeton – have jumped on the online learning bandwagon.

Research published by Aston University and Keypath Education (who have just announced a partnership to deliver Masters degrees in Accounting, Finance and Management) show there has been a dramatic rise in both the offer and take-up of courses from major UK universities in the past year.

We live in an increasingly global and technology-driven world, where online degrees are quickly becoming a natural option for students and universities alike,” agrees Professor Alex Cameron, Vice Chancellor of Aston University. “We have been able to attract a diverse and impressive student body to our online programmes, students who would otherwise not have been able to study at Aston.

The growth in online degrees is also being powered by greater digital connectivity in emerging markets such as Nigeria as well as a demand for flexible working and learning in developed economies like the US, Hong Kong and Singapore.

Analysis of the latest data from the Higher Education Statistical Authority (HESA) revealed that since 2011 the numbers of American students studying at UK universities entirely via online degrees has increased by 26%, while Australian and South African numbers have soared a staggering 125% and 135% respectively.

We are experiencing a global boom in the number of students studying online degrees, but with Brexit on the horizon, it is more important than ever that British institutions are taking the lead on innovation as we are in a very competitive race to attract the world’s best and brightest students to study with British Universities,  says Keypath Education CEO Rajay Naik.

Online learning is big business. While such courses are comparatively more affordable than their traditional campus-based counterparts, fees for Aston’s MBA and MSc programmes start at £11,050 for UK students and £16,050 for international students.

With six intakes per year and no physical restrictions as to the number of students that can be admitted, it is easy to see why this is such an attractive booming market, specially in the global climate of increased competitiveness where academic qualifications can still make a huge difference to a person’s long-term earning prospects.

Most online course providers stopped offering free certification years ago, which reflects the real value that is now attached to online qualifications. The unfortunate consequence of this is that there is a rising problem of fake accreditation, where many online courses faced criticism for not offering sufficient identity checks to make sure people receiving course certification are the same ones who actually did the coursework.

And while it is difficult to see the problem being completely eradicated – the “fake qualifications industry” was already worth over $1bn a decade ago before the popularization of MOOCs ever became a phenomenon – there are significant moves being made in the industry to effectively address this.

One example is the recently announced partnership between VSF Global and Oxademy to offer online postgraduate and business management courses. VSF are experts in identification and security, being the world’s largest visa application contractor, working for more than 50 governments processing visa applications in 127 countries across the globe.

VSF They are now proposing to bring the rigorous identity check standards routinely required for visa applications to their MOOCs (which will offer MBAs starting at £7000), in addition to requiring the student to be physically present at one of its locations for a final exam before issuing the certificate.

Another trend that will undoubtedly affect the sector is that as Artificial Intelligence and Machine Learning technologies improve at an ever-faster pace it will enable much better provisions for personalized learning.

A huge problem with online courses – which accounts for their higher drop-out rates where compared to their traditional counterparts – is that the lack of personal interaction with a tutor can lead to a one-size-fits-all approach, which can be demotivating.

This is something VSF-Oxademy courses will offer students in their blended learning courses, leveraging AI to identify each learner’s strengths and weaknesses and generate teaching paths based on the individual learner’s behaviour, personalising the learning to each student through real-time analysis of performance data.

A unique feature of the VFS-Oxademy programmes is that they can be customised to individual needs of students, irrespective of location or background, agrees Bernard Martyris, Chief of Human Resources at VFS Global.

Developing software that understands how you learn best and where you need to focus is a main area of investment not only for commercial enterprises, but in the burgeoning “venture philanthropy” sector.

There’s no doubt that we’ve come a very long way with online learning, and are getting ever closer to fulfilling Isaac Asimov’s great vision – which he set out at a time when most of us could not conceive of having computers in our home, never-mind the Internet.

But as fantastic as our access to knowledge these days would seem to those born a couple of generations before, it will likely pale in comparison to the next wave of immersive technology.

Looking to the not-too-distant future, we can already envisage how Virtual and Mixed Reality technologies will increasingly be incorporated into the online learning strategy of major Universities institutions help to make such distance courses more immersive and engaging, blending the real and virtual world seamlessly and thus vastly increasing our ability to learn.

The future of learning will probably look a lot like Ernest Cline’s Ready Player One world, which will be brought to life for the big screen by Steven Spielberg. Bring on “Ready Player Learn”.

Read next: Facebook is gearing up to launch Stories for Pages and Brands [UPDATED]