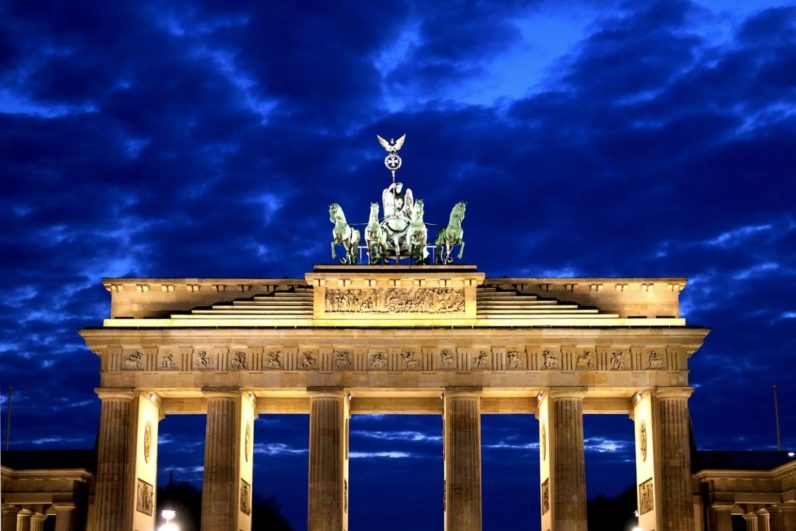 London has always been the undisputed technology center of Europe — until now. My view is that Berlin will rapidly begin to take over, and in 10-15 years we will see the Berlin cluster as Europe’s technology hot-bed.

Already the stage is set. German tech companies receive only 400-500 VC investments per year, versus 1,000-1,500 for the UK as whole. However, Berlin has consistently been in Europe’s “top 4” (along with London, Paris and Stockholm), and received more tech capital in 2015 than any other European city.

The Berlin eco-system is being fuelled by two key trends. First the number of international investors coming into Germany is greater than anywhere else in Europe, filling neatly the gap between exciting, investable companies and the current, small, local VC group. Berlin inevitably attracts a major share of this capital year in and year out.

Second, German VC tech exits are on a par with the UK already, despite many fewer funding rounds. This year German VC exits are set to exceed UK ones by number. This replenishment of the eco-system is critical to fuelling growth; until the UK started seeing meaningful tech exits 10-15 years ago, the UK ecosystem’s development could only evolve so far. Building on these trends, here is why I believe Berlin will become Europe’s long-term Silicon Valley:

1) Berlin exceeds even London as a magnet for international talent

Visitors often remark how one can live and work in Berlin and never speak German. Berlin tech companies are attracting some of the best talent from all over the world, and English is its lingua franca.

Brexit was largely about immigration, and the UK’s departure from the EU will inevitably slow immigration. The best, most mobile workers must reconsider where to work. Berlin has no such issues; free movement in the EU, and in a country which has the most open attitude in Europe towards immigration. Now Berlin is a magnet for immigrants, the UK used to be. And remember Intel was founded by an immigrant. Microsoft is run by one. Apple was started by the son of one. NVIDIA’s CEO is one. You get the picture.

Until recently tech majors only operated sales offices. Now they are siting engineering talent, to be close to the eco-system. Google’s prominence in Factory Berlin, promoting key technology developments to local entrepreneurs, is a poster child for serious engagement. Numerous German tech and digital companies are ramping their Berlin capability, creating the first seeds of a two-sided eco-system of large companies and start-ups engaging each other in close proximity.

London is dominated by financial services and consulting, and tech companies have natural competitors for the best talent. There is no such ‘gorilla industry’ in Berlin; tech and digital media are the gorilla industries. If anything, Berlin’s proximity to key industrial companies makes it a natural magnet for Internet of Things innovation.

5) Cost of living is far cheaper than London

While rents have ramped, Berlin remains far more affordable than London for young ambitious coders. We forget that when Silicon Valley was developing in the 1960’s, California rents were very modest and hardly grew; its only in recent years that it’s gone near vertical, as the graph below shows. Cheap housing means young bright coders able to move there, and only Berlin has this advantage today.

6) Berlin has its own Fairchild Semiconductor, it is called Rocket Internet

It’s no exaggeration to say Fairchild Semiconductor created Silicon Valley. The ‘traitorous eight’ who founded Fairchild fathered dozens of ‘Fairchildren’ including AMD, Kleiner Perkins, and Intel. Rocket Internet has exploded internationally from Berlin, training a generation of German entrepreneurs now scaling companies. A company is founded in Berlin every 20 minutes today. We expect Rocket ‘graduates’ could create 10x the value of Rocket’s own €10B market in the next decade.

In 2016, 32 new German VC funds were raised, the vast majority with a Berlin interest. While 60%+ of all private equity money is based in London, it’s also true the second largest target market for that money is usually Germany, simply because of size. The more exits, the more quality Rocket alumni build companies, the more investors ready and willing to flock.

Scale creates value. Germany has greater scale, greater economic power, and better prospects than any country other than China and the US. A German start-up has the huge advantage of being able to scale to a larger size locally in Germany than anywhere in Europe. Take N26, Berlin’s digital bank. It attracted hundreds of thousands of German customers, fuelling expansion into 18 market, years before the crop of London-based digital banks got going. And London is supposed to be the world centre for digital finance.

The ingredients of a successful tech eco-system have always been: the best people, both large and small companies reinforcing each other, and available capital. Those ingredients are most plentiful in one city in Europe.

And it’s no longer London.

Read next: Ransomware could cost Microsoft billions in Windows 10 discounts for India