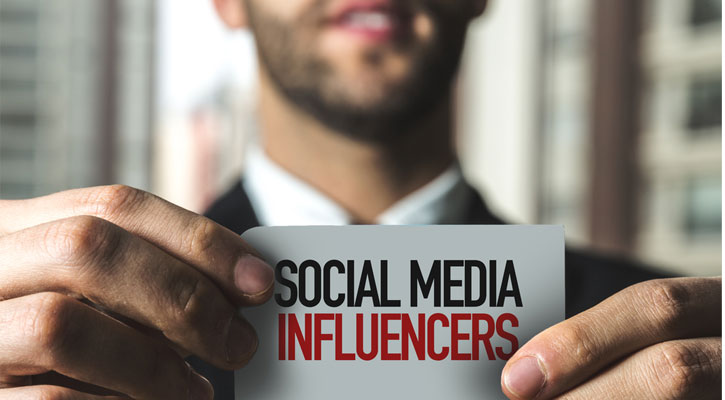 Since the launch of the internet, brands have been taking their businesses online and utilizing the many benefits that online marketing has for them. As the Internet grew, more and more brands have started to take it upon themselves to promote their content on the internet to attract more customers and increase their revenue. Today, it is possible to run an entire business on the internet – without having to rent office space or employing even a single employee. When it comes to driving traffic to your presence on the internet, which we all know is the secret “ingredient” to online success, brands, companies and website owners often finds that it is one of the most difficult tasks. Not only do you have to drive traffic to your online properties, but you also have to consider the authority your brand has on the internet.

Dr. Mikhail Varshavski was born in Russia and is currently a third-year medical resident. Most people know him simply as Dr. Mike. He is quite active on Instagram, with a following that reaches of 1.9 million. Dr. Mike’s Instagram account quickly grew from just posting photos with himself as the main object – while he was working and while he was at the gym. He also frequently posts pictures of himself with his dog. He often talks about healthy lifestyle choices and encourages his followers to adopt these lifestyle choices. Dr. Mike is also popular on SnapChat and Twitter.

Jake Paul started out on Vine with just a couple of videos, which quickly went viral and generated him more than 17 million followers to date. Today, Jake’s videos are still very popular on Vine, but he has also gained acknowledgment on Musically, Instagram, YouTube, Twitter, and Vine. His videos have been viewed over four billion times and he has also become an actor thanks to his videos. Thanks to his stardom, Jake was also able to start his own venture, TeamDom. Today, many big brands like Universal Studios, Beats, and Coca-Cola are relying on Jake Paul as their influencer. He is also considered to be one of the top social media influencers on the internet.

Furious Pete is another icon on social media and is often used by top brands to promote a variety of items, including workout programs and supplements. Furious Pete survived both cancer and anorexia, and, today, he is one of the most popular bodybuilders on the internet. He has more than five million subscribers on his YouTube channel and has started his own line of clothing, as well as a series of supplements tailored toward the fitness needs of his followers. Pete also hosts a television show in Germany and is often sponsored by different brands, which he then endorses in his videos.

Kristina Bazan was able to utilize social media as a way to become famous within the fashion niche and, today, she is the spokeswoman at L’Oreal Paris thanks to her influence on social media. Kristina has also launched her own fashion blog, Kayture, and was able to hire a team of people to work with her. She is often hired by high-end brands, including Dolce & Gabbana, Louis Vuitton, Dior, and Guess. Kristina has more than 2.4 million Instagram followers and is also active on other social networks.

When it comes to online marketing and running a business online, Neil Patel has become the “go-to guy”. He started out assisting local companies with SEO, but, today, he is one of the most famous people in the internet marketing and online business niches. He is an expert in various fields, as well as the co-founder of Hello Bar, Crazy Egg, and many other ventures. Neil is often used as an influencer by Viacom, GM, HP, Amazon and many other companies. He’s Facebook follower count is reaching close to one million and he has over 250,000 followers on Twitter, and he is active on many other social media platforms as well.

Jennifer Selter has worked hard on growing her following on social media. She started out as a front desk clerk at her local gym, but, today, she boasts with over 11 million Instagram followers, as well as millions of followers on her other accounts. She went viral due to a booty-boosting fitness program that she developed, but she is quite popular in the fitness niche today – not only amongst those who would like to “boost their booty”. Jennifer is also used by many companies as an influencer and, thanks to her current success, she is now planning a line of her very own workout clothes.

Paloma is based in Houston, Texas. She started out with a simple interior designing blog about 10 years ago. Her blog quickly took off and attracted the attention of numerous magazines. In addition to publications and magazines approaching her, many high-end home brands, including One Kings Lane and Kitchen Aid, also started to use Paloma as an influencer for their marketing campaigns. Paloma has over 70,000 followers on Instagram and over 180,000 followers on Pinterest and