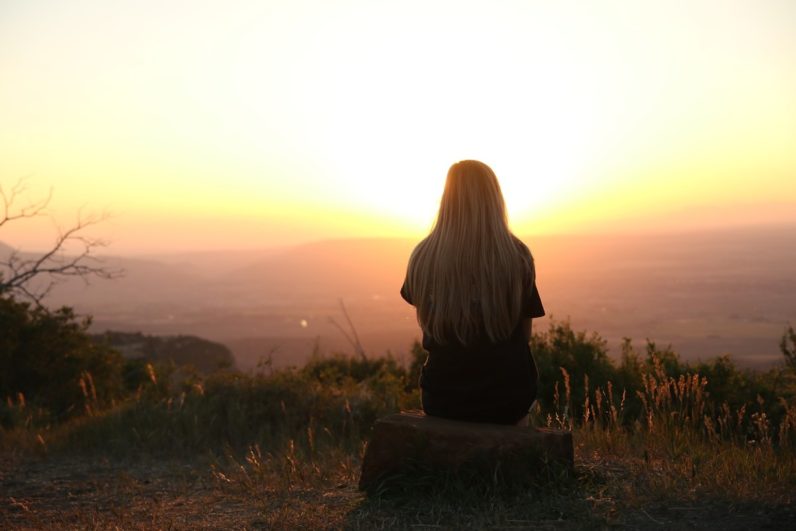 A few years ago, I was in a dreary situation that I didn’t know how to get out of. I was not passionate about the work that I was doing, I wasn’t surrounding myself with the right people, and I felt like a hamster running in circles.

I didn’t realize it back then, but this was mostly because I wasn’t asking myself the right questions.

Instead of asking “How can I improve this situation”, I was asking “Why is this happening to me?” You can probably see that these questions only left me with more issues to deal with, rather than solutions.

I finally got around understanding that the common trait of successful people in all walks of life is that they mastered the skill of asking really good questions. What followed was a journey to collect the best questions that could help me get out of a funk, stretch me beyond my limitation, and think differently.

The following 10 questions have dramatically changed my life, the way we run our company, and it’s used by some of the most successful leaders today to break through any barriers that come their way. I hope it helps you.

1. What would this look like if it were easy?

This is a question I got from Tim Ferriss, who’s the bestselling author of The Four-Hour Workweek. As humans, we have this natural tendency to over complicate situations or problems when they don’t need to be.

Life is really simple, but we insist on making it complicated. — Confucius

We don’t notice it because it doesn’t happen all at once. When we’re presented with a problem, we add a small solution to it. Then another. And another. Before you know it, you’ve stacked solution on top of solution, and the complexity of it turns into a problem in of itself.

The question I’ve been training myself to always ask is, “how can we simplify this?” In other words, “What would this look like if it were easy?” This question alone has saved us hundreds of hours hiring, and allowed us to double our business with half the staff required.

2. What can you do to reach your ten year goal in the next six months?

If you thought you were ambitious, then you haven’t asked yourself this question yet. It’s a question that Peter Thiel encourages the people he advises to ask themselves to stretch their limitations and boundaries.

The purpose of the question isn’t necessarily to have you truly reach your ten year goal in six months, but it will force you to think beyond your current ability and identify what you need to act upon. As uncomfortable as it is to think about the answer to this question, it has helped our business think bigger and bolder.

3. If this was my last day on Earth, will I be proud of this?

Most of us live our days as if we’re going to live forever. All of us know deep down that this isn’t true, but we still continue to live this way. I’ve had people in my life personally that I had the pleasure of working with one day, and never returned the next day (as I’m sure many of you reading this experienced).

This question isn’t meant to bring me down, but to be used as a reality check. I leverage it as a motivator to push myself to do my best work everyday, and to treat people with the respect they deserve.

This question poses two different outlooks for me. The first is that we usually exaggerate our fears to become bigger than they actually are. When we fear going on stage to speak in front of a crowd, or tell someone how we really feel, the likelihood of being physically harmed or threatened is near 0 percent. So what’s on the other side of fear? Nothing.

The second way I use this question is to remind myself that whenever I feel stressed or fearful of doing something, it’s usually the most important thing I need to do. Whenever I feel uncomfortable taking on a task, conversation, or decision, it’s a trigger that I should get it done right away.

I love Derek Sivers. His idiosyncratic business practices, and unique life philosophies is one of the most refreshing ideas I’ve heard. One of his most popular articles to date is what he calls ‘Hell Yeah’ or ‘No’.

The idea of this phrase is that when you’re feeling overstretched or spread too thin, it’s because you’re saying ‘Yes’ to too many things. The result is that we overcommit to a lot of ‘good’ opportunities without leaving room to focus on the ‘great’ ones. Asking yourself the question “is this a ‘Hell Yeah’ or ‘No’?” will force you to say no to nearly everything, and will open up new opportunities that really excite you.

6. What’s the one thing I could do that if completed, everything else becomes easier or unnecessary?

This is another way to frame Peter Thiel’s question above (#2). The question comes from the book, The ONE Thing, which has drastically changed the way I manage my time. In simple terms, the one thing is referring to identifying your lead domino in whatever you’re trying to accomplish.

For example, when we were crafting our go-to-market strategy , we knew there were hundreds of tactics we could tackle. Given the lack of time and resources within our company, we had to identify the lead domino. For us, it was content marketing. We knew that if we could double, triple down on bringing as much value to our audience members, we’ll be able to grow faster, reduce our customer acquisition cost, and scale in the long-run.

As Derek’s question (#5: Hell Yeah) points out, it’s often more important to choose what NOT to do, so we can focus on what’s truly important.

For awhile, I struggled with procrastination. Every time I didn’t want to do something, I would put it in the ‘some day’ shelf, and ‘hope’ that it will take care of itself. Boy was that was a losing formula. “If not now, when” has been used by several thought leaders, but it was popularized by Eckhart Tolle, author of The Power of Now.

I ask myself this question whenever I find myself putting off an important decision or task. By asking ‘when’ at the end, it forces me to come up with a specific time that I will complete something instead of telling myself ‘some day’ (which may never come).

8. How do I protect the downside?

As adventurous as Richard Branson is in the eyes of the public, he is infamous for always protecting the downside. Before he started Virgin Airways, he negotiated with Boeing that he could return all of the airplanes if things didn’t work out. This way, he wasn’t stuck with the heavy fixed costs that could cripple his business, and even at the worst case scenario, he’d break-even.

This isn’t just Richard Branson though. When you observe many of the most successful entrepreneurs, they’re not big risk-takers that believe in ‘going big or going home.’ They’re quite risk-averse in fact, and are always trying to protect the downside whenever they can. In business and in life, the best way I’ve found to mitigate your risk is to prepare for them before they arise. Creating a habit of asking this question has helped us plan for worst-case scenarios and frankly, it helps our team sleep better at night.

9. Is this what actually happened or is this my own story?

Much of what we think is not actually what happened, but it’s a story we’ve crafted in our own minds. Someone doesn’t smile back when you smile at them, and we make up all sorts of stories in our heads when the reality is, maybe they weren’t paying attention.

It’s not our fault necessarily, because all we have is our previous experiences to refer to. I would find myself stuck in my limiting beliefs when things didn’t go my way, and it became a self-fulfilling prophecy. To be honest, I still struggle with being able to separate my own story versus what actually happened, as I’m sure many people do.

A useful quote that I find helpful referring back to is “For people to be true leaders, they have to first see things as they are, not worse than they actually are,” which is repeated often by Tony Robbins. It’s also why we do our best to remove emotional decision making as much as possible, and rely on pure data instead.

Whenever you find yourself on the side of the majority, it is time to pause and reflect. — Mark Twain

This is one of my favorite quotes ever. It’s a constant reminder that in order to truly do anything that’s impactful, it needs to be different than what anyone else is doing or has done. However, surfing the wave comes with clashes, doubters, and haters seeking to drown your voice. That’s why it’s so easy to be on the side of the majority unless we make it a habit of questioning the conventional way of doing something.

When you ask 10 random people for advice and they all share a similar method, try the opposite approach for a period of time. We did this exercise when we first started. When 99.9 percent of companies were building their companies with physical offices, we asked ourselves if we could do the opposite, and become a 100 percent distributed company with no physical office.

It’s always worth questioning whether the traditional approach is actually the best way or if it appears that way because everyone else is doing it. I’ve found that more times than not, it’s the latter.

This article was originally published on the Rype blog