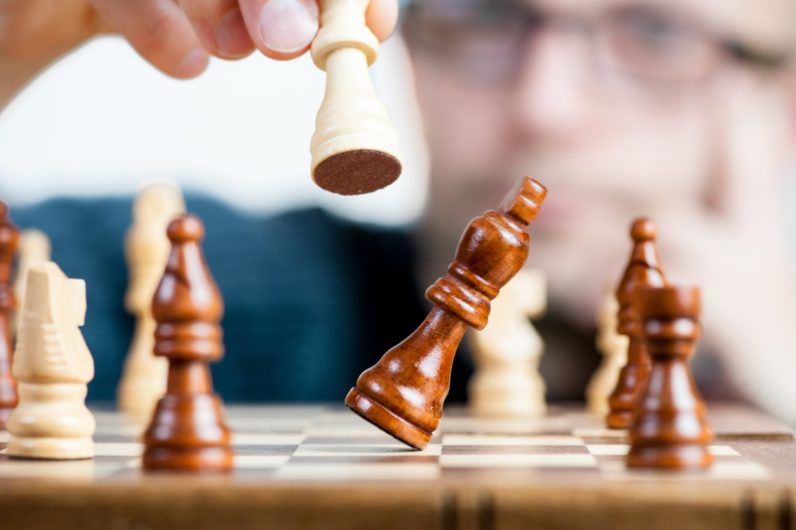 Google has recently confirmed what was previously just a rumor: that an “ad filter” is coming to Chrome. Though many are skeptical about Google’s move, it’s clear the new technology will be different from traditional ad blockers. The new feature, which will conform to the advertising guidelines of the Coalition for Better Ads, will block ads that significantly disrupt the user experience. It is less forgiving to ads that don’t abide by the rules.

Integrating improved ads standards into ad blockers isn’t new. Eyeo, the owner of Adblock Plus (ABP), has declared it will put more emphasis on the user experience, setting up an Acceptable Ads Committee that includes representatives from all parts of the publishing ecosystem. More recently, the company has released the names on this committee and has revealed some of the logistics regarding the program’s operations.

At first glance, Eyeo’s adoption of Acceptable Ads standards looks good for publishers. But will it really put an end to publishers’ concerns? Though Eyeo certainly thinks so, it’s unclear whether the move will improve the ad blocking industry for publishers.

In order to hear the other side of the story, I spoke to Gal Glikman, CEO of ad recovery platform Uponit, about both Eyeo’s and Google’s ad blocking efforts. Since ad recovery platforms, which restore blocked ads, make it their mission to combat ad blockers, I knew he’d have an interesting perspective.

Shachar Shamir: Can you give our readers a brief understanding of the Adblock Plus Acceptable Ads program?

Gal Glikman: AdBlock Plus (ABP) has created guidelines that indicate which types of ads it will allow to be displayed to users by default. Users can opt out of all ads, but since that option is buried in the ad blocker menu, less than 10% of users select it. This is done intentionally. ABP makes money from allowing large publishers and ad networks to serve ads to users–even though users download ABP in order to block them.

In the course of time, ABP has been relaxing its guidelines and allowing more types of ads to be presented to users. This conflicts with its users’ interests. If the guidelines had approved only a handful of “good” ads, ABP wouldn’t make as much money from publishers. And ABP, after all, is a for-profit corporation.

There have also been cases where animated and video ads that breach ABP’s guidelines have been displayed in websites when ABP was active, even after users reported the breach. This undoubtedly raises some concerns.

SS: What do you think about the notion of improving advertising standards, including Adblock Plus’s strategy concerning the Acceptable Ads Committee?

GG: In general, I agree with the idea that we need better standards for digital advertising. Improved standards would support the publishing industry and also take the user experience into account. The Coalition for Better Ads, of which Google is a part, has a set of initial Better Ads Standards that it uses to determine which ads are and aren’t acceptable to display. Their goal is to display publishers’ ads but still restrict those ads to user-friendly ones. So, these guidelines would not allow for pop-up ads and other intrusive ad types, like sticky ads that follow a user’s page scroll.

The stated goals of Eyeo’s Acceptable Ads Committee are also to create new ad standards that improve the user experience while delivering value to publishers and advertisers. But, unlike the Coalition for Better Ads, it’s clear this program will cause no real industry change.

The rules Eyeo’s committee is subject to–including the 75% threshold needed to pass new resolutions, and the fact that it meets only twice a year–indicate that it will be practically impossible to alter the Acceptable Ads guidelines. Members will quickly get into a gridlock and realize this committee has no real teeth.

The committee’s member composition, and the fact that major advertisers, agencies and networks are absent from it, is another clear testament that this committee won’t have much effect. Founding this committee is a clever way for Eyeo to hide Adblock Plus’s true motivations, which are to legitimize itself in the eyes of publishers and gain more business from them.

SS: I’d like to hear your thoughts on Google’s new ad filter. Do you think ad blockers could ever incorporate improved ad standards in a way that’s fair to both users and publishers?

GG: Yes, definitely. While I don’t think a model like Eyeo’s is fair to publishers or users, Google’s new ad filter is an example of one that would be friendly to users while supporting the publishing industry. This ad filter will abide by the Better Ads Standards of the Coalition for Better Ads. Unlike Eyeo’s Acceptable Ads Committee, the Coalition is made up of diverse organizations in the industry and is very actively developing standards for better ads, so the Chrome ad filter’s adoption of good ad standards wouldn’t just be for show.

The Better Ad Standards that Google’s ad filter will follow are more relaxed than Eyeo’s Acceptable Ads program–but Google, unlike Eyeo, isn’t charging publishers to display those ads. However, Google will penalize the publishers who do not comply with the standards by stripping their websites of all ads. And the company will give users the option to pay for a more comprehensive removal of ads, with the users’ money going primarily to publishers and Google taking a 10% cut.

Google is also making an effort to improve the user experience. It’s providing publishers with an Ad Experience Report, which helps them make better ad choices by showing them places on their sites where their ads could improve. And it’s released a beta version of Funding Choices, which allows publishers to show customized messages to visitors with ad blockers.

Still, Google’s ad filter isn’t the panacea for all of publishers’ concerns. While Google plans to notify ad-blocking users that they must either pay for the content or disable their ad blocker, ad blockers might just remove this message in the same way that they disable content blockers. We may very well see new initiatives from ad blockers.

Nonetheless, Google’s new tool is a step in the right direction for the publishing industry. It will filter ads based on quality, thereby “policing,” rather than altogether controlling, the publishing ecosystem. Because Google has so much clout, its ad filter will pressure publishers and advertisers to create ads that follow the Coalition’s Better Ads Standards, potentially changing the culture of online advertising.

Read next: Someone made a site that tells you if Travis Kalanick is still the CEO of Uber