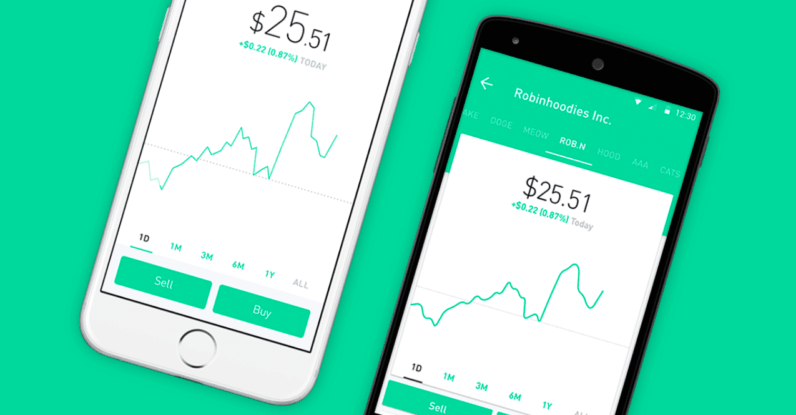 While most were following the closure of Lehman Brothers and Bear Stearns during the 2008 financial crisis, there was another important change occurring: the rise of algorithmic trading.  Due to the inefficiency and excess of humans coordinating trades, computers began processing about 95% of the trading activity by financial institutions.  Vlad Tenev and Baiju Bhatt were working on building such automation software for banks, but wondered if there was a way to leverage this technology for the masses, not just the wealthy.

This was the inspiration for launching their startup Robinhood, which utilizes automation to reduce the human labor needed for processing trades and, in turn, allows users to conduct transactions for free.  Launching publicly in March 2015, they reached one million users in June 2016 and in late April 2017 cracked the 2 million user mark.  As of June 2017, they are adding over 100,000 users per month and have saved users over $500,000,000 in fees.  Most recently the company has closed a Series C round of funding valuing their company at $1.3 billion.

I recently had the pleasure to talk with cofounder and co-CEO, Vlad, about where Robinhood goes from here and how it can continue to grow and disrupt the finance industry.

Robinhood is for the people

What truly sets Robinhood apart from its competitors is its user interface.  Knowing young people spend more time on their phone and have about an 8-second attention span, the team worked hard to build a beautiful and seamless user interface to allow people to quickly take care of business.  As they work to expand the functionality of the app, Tenev notes, “We want to continue to stay close to customers and build products for their pain points.”

One such example of this has been the launch of Robinhood Gold in late 2016.  This costs as low as $10/month and allows users to have instant access to funds, instead of the typical 3-day waiting period, easy access to margin, for boosted buying power, and expands trading hours from 9:30 AM – 4:00 PM to 9:00 AM – 6:00 PM.  Since rolling out Robinhood Gold, they have had steady 17% month-over-month growth, demonstrating strong user adoption.  Solutions, such as these, eliminate confusing industry standards in finance and allow ordinary people to gain better access to financial markets.

As the team decides which products and features to focus on developing, they think about what will have the greatest impact on the largest number of users.  Tenev talked about how roughly 30-50% of Robinhood users are people who have never invested before and have a different understanding of how financial markets operate.  Rather than falling into the rut of big banks and developing solutions for the mega-rich, Robinhood wants to allow every person to engage in stock ownership.

Over the past decades, the strongest driver of wealth in society has stemmed from investments, not salary.  Since financial institutions are primarily structured to facilitate large transactions, the wealthy got wealthier via finance.  Robinhood has the mission of helping every person get involved in investing, even if they can only afford to invest a couple hundred dollars.  However, Wall Street has done a good job of intimidating people from taking the leap to begin investing.

Many people hesitate to invest because they believe they do not know what to do or are worried they will lose money.  Yet, few people on Wall Street are actually able to consistently outperform the market.  As co-CEO Baiju Bhatt said in an interview with TechCrunch, “The finance industry says, ‘you need our advice before you start trading.’ That’s bullshit.”  In order to help even brand-new traders take hold of their financial freedom, Robinhood is aiming to continue optimizing their platform to boost financial literacy.

Recently they built in functionality to allow users to visualize the earnings per share for stocks and join a stock’s earnings calls.  They have also rolled out a variety of news feed components to help users stay educated with the stocks they are looking into purchasing.  Overall, they hope to further improve the user interface and user experience of Robinhood, so people of any background can succeed at investing.

After the 2016 Presidential election, while many people were confused at the election results, Robinhood published data that demonstrated analysis of certain stock patterns could have predicted the election.  Tenev is excited about how the data behind Robinhood can help change the way finance functions and society looks at the world.  “We have a unique customer base,” which helps them get a unique look at society.

Tenev wants to see how Robinhood’s data can help people make better decisions.  Most recently, they released information on how different subsections of society had different buying patterns for Snapchat’s stock, SNAP.  Whereas other brokerages are limited to mainly older and wealthier client information, Robinhood’s data covers wide demographics and many that are typically not represented in finance data.

Silicon Valley can often be seen as a place failing to create actionable difference in this world, but it is hard not to be inspired by the means in which Robinhood is using technology make life better.  Having already placed half a billion dollars back into consumers’ pockets, the young startup has made a tremendous impact on society. With their consumer-focused approach, they will only continue to expand that impact and create real change for the greater good.

Read next: Live a stress-free life with a lifetime of Aura’s premium meditation service for over 80 percent off