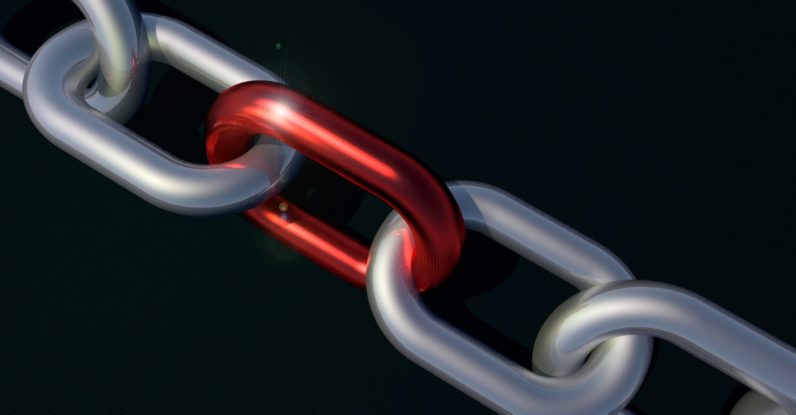 Do a Google Image search for Bitcoin. What you’ll see is a lack of imagination.

Uniform stamped precious metal coins? That’s the opposite of what bitcoin is.You can’t flip a bitcoin. It has no heads or tails. You can’t bite into it to see if it’s real.

But it’s real enough to be valued at $2K.

And the technology behind it can flip the entire concept of how we think about money, trading, and more.

This technology is called blockchain, and it may just be the next big thing. An innovation with an impact akin to the industrial revolution, electricity… the internet.

But one that thought leaders and high ranking executives are staking their careers on:

“The first generation of the digital revolution brought us the Internet of information. The second generation — powered by blockchain technology — is bringing us the Internet of value: a new platform to reshape the world of business and transform the old order of human affairs for the better.” — Don Tapscott

So what is blockchain exactly? It is somewhat complex. It’s bound to remain beyond the grasp of most people.

However, those who are curious enough to get to know just a little bit… just enough to close the gap between their bare imagination and reality… those are the people who will be able to take advantage of the upcoming blockchain revolution before everybody else catches up.

What you’ll read here will give you enough of an idea about blockchain for you to be able to:

I’ll try and get to the point as fast as we can. And I’ll stick to plain talk. As much as possible.

So none of this:

Blockchain—for all the hype and mystery surrounding it—is essentially a way of keeping records. Any kind of records:

Records of financial transactions in case of bitcoin… or records of legal contracts, sensitive patient information in the medical field and so on.

“Blockchain is basically good for protecting any kind of asset and transaction that needs to be tamper-resistant. This includes transportation, voting, medical records, reputation, identity, IoT. In fact the entire Internet Archive could be kept on a blockchain,” says Malisa Pusonja, co-founder of Lemon email, a blockchain email service.

What’s so groundbreaking about it is that records kept using blockchain are:

How does blockchain work

Before proceeding, let’sll take a breathe. Let’s repeat very concisely everything you read so far. Here it goes:

What you see there is a unique digital fingerprint of all the text written here so far.

This process of taking any piece of digital data of any size and chopping, mincing and mixing it until it’s an unrecognizable string of digits and characters is called hashing.

Hashing is one of the core concepts needed to understand blockchain. The other three are Public/Private key cryptography, decentralization through P2P networking and then the blockchain data structure itself (we’ll get to it).

For now, two things to remember about hashing.

First, for any given input, the resulting hash is always the same. You can put the contents of this text to the clipboard and pass it through a hashing algorithm such as SHA-256 and you’ll get the same string we pasted above.

Second, even the tiniest difference in the input data will yield a completely different hash.

Here’s the hash we get with the same text we used to create the hash above, with only the very first letter of the headline omitted:

Hashing makes it really easy to confirm the authenticity of data when comparing two or more versions. An extra cent in a ledger will be obvious instantly. A missing comma in a contract will make itself immediately apparent.See? No similarities!

Public-private key encryption, within the context of blockchain, is what allows us to keep track of virtual identities and signatures. The technology is complicated but the desired outcome is simple:

A private key allows the owner to encrypt data.

A public key allows everybody else to decrypt the data.

Hence, a private key functions as a digital signature because nobody but the owner can edit the encrypted data.

In blockchain terminology, a block is a permanently recorded set of data—for example a record of several financial transactions, real estate titles or medical records—recorded with a timestamp.

All the data in a block is hashed — turned into a unique string of digits and characters like the ones shown above.

OK, those are blocks. Now, let’s put the chain into blockchain.

Because these blocks contain permanently recorded data, to keep track of new data new blocks need to be created (to record new transactions, changes in real-estate ownership, recent medical checkups and so on).

These blocks are then connected to each other like this:

Each subsequent block, apart from storing its own data, also stores the hash of the previous block within it.

This means that the most recent transaction records contain the entire transaction history within them.

Such a tightly wound blockchain is very difficult to tamper with. Change just one bit anywhere and the whole blockchain collapses and becomes invalid, because remember:

The tiniest difference in data yields a completely different hash.

Since each block contains a hash of the previous block within it, any tampering will destroy the chain, thus making it apparent that the data has been corrupted.

But who keeps track of all this?

Decentralization through a distributed P2P network

You know how secret societies, college fraternities or mobster families have initiation ceremonies where they haze new members?

The reason they do it is to build trust instantly. Everybody knows something humiliating about everybody else. So the collective keeps the individual in check. Step out of line and your life is ruined.

Blockchains, distributed across a P2P network generate a similar effect, just without the rituals.

See, the blockchain we just described isn’t a single entity you can point your finger to. It’s actually copied and propagated throughout a large network of computers.

Each node in the network can keep track of every other node’s record, keeping it in check. Each new block added to a blockchain has to be validated and confirmed across the network.

What this means is that, firstly, no third party or central authority is required to mediate transactions. The whole network is the guarantee of trust.

Secondly, records kept in blockchains are—barring a world-ending nuclear war or meteor strike—indestructible. A malicious attacker would need to hack an entire worldwide network of computers because there isn’t a single central point of failure.

Final point to address is this whole thing of mining. If bitcoins are neither real nor precious metal, how are they mined?

This is in fact just another ingenious solution that adds a layer of security.

Suppose a demigod hacker with military-grade computing power at his disposal wants to tamper with a blockchain. Our hacker would need to control a critical mass of nodes within the blockchain P2P network to be able to validate falsified transactions (for example, to spend the same $100 more than once).

Blocks in a blockchain are validated through a protocol that requires so much computing power that the cost of performing it outweighs any possible benefit that can be derived from tampering.

To explain this, let’s get back to hashing one last time.

One property of hashes that we didn’t mention is that they are always the same length.

And here’s the entire wikipedia page about Satoshi Nakamoto (the mythical inventor of blockchain) hashed:

Since they are the same length, it means that there is, after all, a finite number of possible hashes.

The string of digits and characters that make up a hash are actually 256-bits represented as hexadecimal numbers. So there’s 2^256 possible hashes.

However, this is impossible to do intentionally. It’s like trying to find a star system harboring life similar to ours by randomly looking at one star at a time.

What can be done, though, is to intentionally produce a hash that begins with a certain string. For example, four zeros.

And that’s the method used for validating blocks in a blockchain—what’s called mining. It works like this:

First, a criteria is set for a blockchain to be valid. Each hash, say, has to begin with four zeros.

Then, a node in a blockchain P2P network (someone’s PC) takes an unvalidated block—with all the records kept inside it—and tries to add just the right combination of bytes to it—called a nonce—so that the resulting hash starts with four zeros.

What this amounts to is a whole lot of trial and error. CPUs sift through a huge amount of combinations until they find just the right thing to add to a block to ensure that it starts with four zeros.

What’s great about this system is that it’s extremely difficult for the miner to generate a valid blockchain nonce, but once it’s discovered, it’s trivially easy to verify that it’s the correct one (just hash the data+nonce and see if it starts with four zeros).

Hence, once a node within a blockchain P2P network does the heavy lifting, the entire network is able to verify the validity of a block. The network collectively guarantees trust but it’s not feasible to game the system by taking control over a large portion of the network.

Blockchain is made famous by Bitcoin but there’s plenty of other applications that can benefit from using blockchain.

The internet of value

By creating a decentralized, permanent record of any asset, blockchain allows us to use the internet not just to exchange information, but to exchange value without having a middleman (such as we do with Paypal and credit card vendors for online financial transaction).

This “Internet of value” can change how the world economy works. So it’s a good thing to understand how it works. It’s an amazing technological solution to an age-old problem that underlies all economic activity between humans — establishing trust between two or more people without needing anyone else to vouch for either one of them.

Read next: Here's the one thing everyone learning to code should do, no matter what