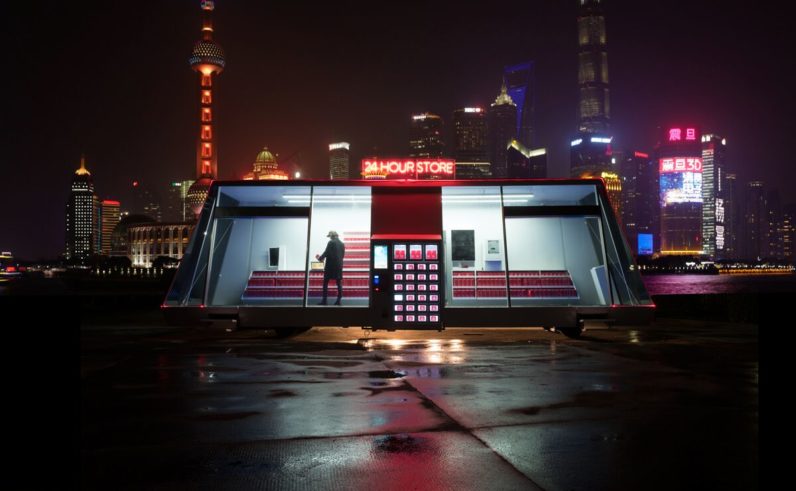 Last year an inspirational entrepreneur hit the headlines for all the right reasons after delivering a slice of poetic justice to her potential employers. The story began when Maria De La Croix failed to secure a role at her local Starbucks because her hair was too blue.

Inspired by the absurdity of the situation, Maria launched her own high-tech mobile café called Wheelys Café. As she began serving 100-percent organic coffee outside the same Starbucks that rejected her, many would call it a case of good old fashioned Karma.

However, this simple idea turned into a movement, and she quickly had the pleasant problem of over 500 café franchises in more than 60 countries. Suddenly the Wheelys Café franchise had not only changed her life but was also creating a better future for young people across the world in the process.

Despite enjoying phenomenal success and worldwide acclaim for the all-in-one cafe on a bike, this quickly proved to be only the beginning for the evolving brand. Step forward a brand new concept called Wheelys Moby-Store that is both autonomous and staffless.

The new Moby stores are attempting to reinvent the shopping experience by merging online and offline retailing. No lines, no checkout and open 24 hours every day of the year. The new Moby Mart is developed by Wheelys Inc, in cooperation with Hefei University and Himalafy.

Ensuring that the same tech is available in Tbilisi, Manhattan and the small village in the Alps also highlights the important of creating a universal experience.

It is hoped that patent pending technology will soon make automatic restocking a reality too. As self-driving technology develops, the team also have ambitions to make the stores fully autonomous so they can drive back to base when necessary to be re-supplied.

Moby Mart is built with the future in mind. Imagine a mobile store that moves to where the crowds are by following a pre-defined route, and able operate different places during the day. Whether that be the Train station in the morning, business center for lunch or football stadium in the evening.

With four drones deployed on the roof, a smaller selection of products will even be available for automated packaging and drone delivery.

In a digital age of high expectation levels and instant gratification, the Moby is essentially offering products for immediate consumption around the clock. Enabling consumers to enter a store, take what they need, and leave, will be incredibly attractive for obvious reasons.

Registers users will be able to open the doors of a Moby store with the app and will be instantly greeted by an AI-powered hologram store assistant. Once inside, there is an option to shop using the smart-basket or your smartphone to record your purchases.

Operating an entire store using your phone might seem alien here in 2017. But in the coming decades, retail as we know it will naturally evolve into something entirely different the traditional shops of our analog past. Retailers desperately need to become accessible 24/7, and eventually mobile.

The Moby Mart is not science fiction. It’s currently Beta Tested in Shanghai and was launched to selected media this week. The next time you find yourself with an attack of the midnight munchies, don’t be too alarmed if you are transported to a futuristic Blade Runner ‘esq store.

When Maria De La Croix failed to secure the barista job at a Starbucks in Stockholm, it turned out to be a life-changing event for the better. Wheelys was built on defiance and the creation of a movement where young people no longer had to be shackled to corporate constraints when following their own path.

Technology will continue to rule our world. However, it seems Wheelys are highlighting that instead of working in a warehouse for Amazon or a coffee shop for minimum wage, why not own your own high-tech store and help build a new future for retail.

Just don’t make the mistake of underestimating Wheelys or Moby Mart because the global business empire has a habit of proving people wrong.

Read next: iPhone manufacturer Foxconn could be building a plant in Wisconsin