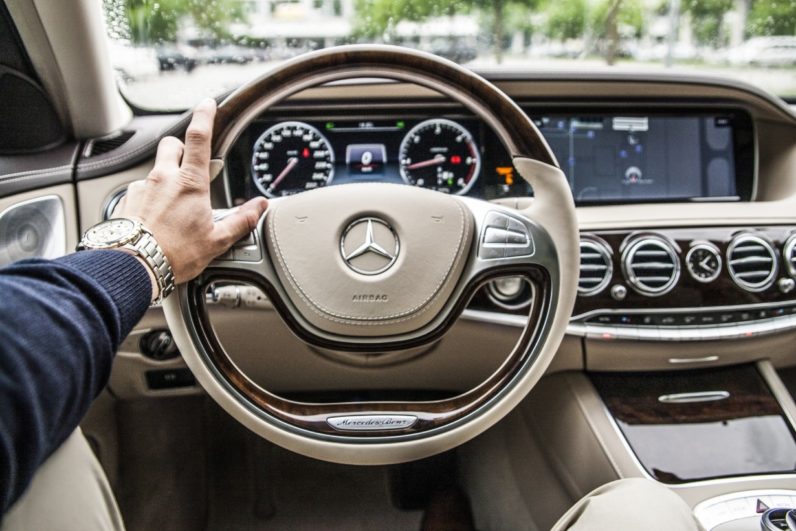 When we talk about the Internet of Things, rarely do we include our cars. For some, these services have just become standard, starting with programs like OnStar to now being able to heat your home before you even leave the office.

It’s true that the internet is the future, with our cars being no exception. However, plenty’s happening right now that’s incredible. While some of it might not even sink is as truly IoT devices, believe me, they definitely are. These could be something that’ll change our highways and byways permanently, but not to worry, as I’ve compiled a few exciting movements to keep your eyes on in the next year.

Perhaps one of the earliest innovations we’ve seen involves how technology has made everything involved with the driving process tremendously easier.

For example, products like Verizon’s Hum have set the bar for how our internet connected devices can make keeping up with mileage and maintenance a thing of the past. Hum allows you to run diagnostics, schedule maintenance appointments, and even get you in touch with a mechanic immediately. Additionally, they’re also able to provide emergency roadside assistance, as well as track your car’s movements and speed. However, there’s been other competitors to internet connected trackers, such as Automatic.

Automatic is not only a smart tracker for your car but also integrates with a broad range of other services as well. For business use, it’s able to track mileage and send them to services like Expensify. The product also integrates with other apps as well, such as Nest in allowing you to warm up your home before you even hit the driveway.

Although these are just a couple of examples of some products available, auto manufacturers have been taking note of these trends, trying to implement them in newer models as well. Internet connected to devices are quickly becoming the norm when it comes to amenities, so it’s realistic to expect everyone to be on them within the next couple of years.

Efficiency and safety are key

As we mentioned above, app integration has been a huge factor in how we view the internet of things in our cars. Not only are we able to set the temperature of our home, order a pizza, and connect our music from the car to home in a matter of seconds, but the growth of what could happen next is outstanding. We not only envision our lives becoming more connected but demand it, which leads the question: what’s next?

Perhaps one of the most fascinating changes when it comes to IoT and driving are the services that are coming as a side effect of these changes. For example, while we’re all in love with having our phones at our side at all times, some companies are rewarding us not to do so, like Safety Charger–  a mobile charger that prohibits drivers from accessing social media or texting while plugged in, but rewards them for using it with gift cards.

While it’s one of those “why didn’t I think of that idea,” the app provides a valuable service when it comes to protecting us over how connected we can be. Keep in mind; you’re behind the wheel of a two-ton vehicle that can go over 100mph, which when phrased like that, can be scary enough on its own.

Finally, if you’ve watched TV at all over the past year or two, then you’ll see that accident avoidance is a critical player in the driving world. Not only has AI improved enough for it to be a trustworthy standard, but it additionally can ask for help and run diagnostic for repairs. Although something sometimes overlooked, expect this feature to completely change the game when it comes to safety on the road.

Soon, drivers may be obsolete

Some have predicted that by 2020, drivers will become obsolete. While I think that people are still going to want to have the feeling of a car revving every time they step on the gas pedal or spend their time recreationally going for a drive, autonomous cars are becoming a closer reality. However, this could also be an amazing thing. Imagine all traffic patterns being integrated together to get people places efficiently, as well as emergency services and special events being given a path. The possibilities are endless, and one that could bring the future to now.

Read next: Chatbots VS Humans: Who Will Win the War?