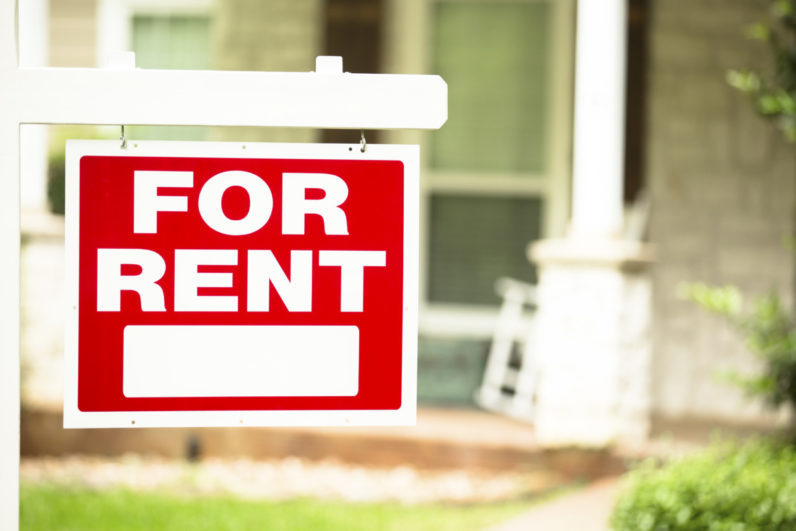 For years we’ve been sold an idea that, on the surface, seemed to make a lot of sense.

The theory went that ownership is better than renting. Even though buying costs more, knowing we have something forever makes us feel like we’ve achieved something. This feeling was only boosted by the ongoing property debate, where the consensus leaned towards home ownership being the better investment.

The problem with the theory? We bought a lot of stuff we didn’t need.

Sitting around all our useless junk we realized that ownership might not be all that it’s cracked up to be. Who hasn’t bought expensive items (like power tools, clothing accessories, or camping equipment) that remained in the garage or closet, hardly ever being used?

No, John, you won’t. Just like every other year.

Maybe if John had seen the studies that show the average American household has 300,000 items, and 80 percent of it’s used less than once a month. Is it any wonder that one in 10 Americans have to rent (oh, the irony!) offsite storage?

We simply have too much stuff and we’re all starting to realize it.

It’s about space and convenience

People look at their pile of DVDs (or even worse, VHS tapes) and feel sick about the money wasted. Streaming services like Netflix came along and your dvd boxset of 24 suddenly looks even more ridiculous than when you bought it.

It doesn’t matter how great your personal library is, its just a drop in the ocean compared to the massive content libraries that we can subscribe to in minutes.

Thanks to Tidal, Apple Music, Spotify and Pandora the same could be said of music. Some people feel the loss of not having a physical CD or vinyl to hold, but most people are thrilled to have access to all the music they could ever want while freeing their lives of music related clutter.

Buying a new digital album is certainly not going to affect your living space, let alone your vast world of digital storage. So renting has to be about more than just clutter; and it is.

One of the greatest advantages to renting is that of freedom. The freedom to not be tied to a terrible decision made a year ago. It’s bad enough we made the decision in the first place, do we really need to have this item reminding us of the bad decision every time we see it?

Freedom means being able to make the best decisions for the moment, based on your needs today as well as the best options available.

You see, the problem with buying is that we have to predict the future. Are we going to still need this item in months or years or will it be obsolete? In this fast moving world it can be hard to know. But one thing is for sure: Renting is one way to insure ourselves against the unknowable.

It’s on the way

As more people come to appreciate the benefits of renting, companies are falling over themselves to take advantage. Look at something like car ownership versus the convenience of new solutions like Uber and Lyft. You can go through the stresses and expense of purchasing a car only to then watch it depreciate in value every time you want to use the thing.

Or you can just take out your phone and get an Uber. Tough choice.

It’s not even just for people wanting to save money. Cadillac recently launched a car subscription service that, at $1500 per month, is anything but cheap. But those who can afford it get to pretend they’re Jay Leno by switching their car up to 18 times a year.

When even the most historically popular forms of ownership, like cars, are looking to offer subscription models, it should tell you that this shift is happening everywhere.

One more sector that is already embracing a shift is software. It’s a lot easier to pull off when you don’t have a physical product.

And lots of individual apps, suites, and services like Dropbox, Office365, Sketch, and 1Password embrace the subscription model, and move away from the old way of thinking.

It’s time for buy to die

Millennials today are being called Generation Rent and not just because they can’t or don’t want to own property. They also want the benefits of renting to apply to as many aspects of their life as possible. They want more freedom, greater convenience, and better value.

Millennials want it all and that’s cool. But they’re actually onto something.

They know that companies who already have their money are probably less inclined to take good care of them. While companies that rely on subscriptions know they need to take care of their customers, because if they don’t, customers will just take their money somewhere else.

With forward-thinking companies creating products that allow to rent, it’s plausible to hope for a future in which purchasing to excess becomes a fringe idea. And where people don’t have to wake up every day knowing they have an unwatched DVD boxset of Fringe in the living room.