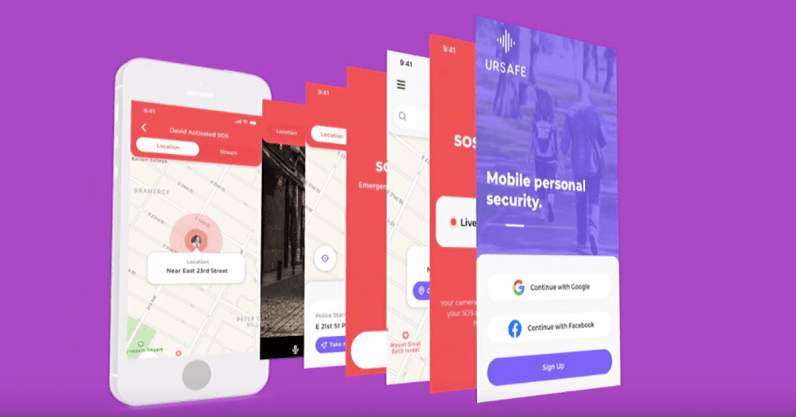 Over the past year, ride-hailing apps including Uber and Lyft have faced increased scrutiny over worker and rider safety. In October, a House committee officially called on these companies to improve their safety measures over concerns regarding existing background check procedures on drivers, and the way sexual assault and harassment reports were handled.

Back in August, Lyft was hit with seven sexual assault lawsuits from women who allegedly were raped or assaulted by their drivers. The filled cases stated Lyft had “failed to implement the most obvious and straightforward safety procedures in order to address the growing problem of sexual assault” perpetrated by Lyft drivers. The women were also still charged for the rides during which they were allegedly assaulted.

In December, Uber released its full safety transparency report, including stats around sexual assault and harassment in the US — something the company left out of its report in its initial release last year. From 2017 to 2018, Uber said 2,936 passengers reported incidents of sexual assault, but the stats are likely to be higher given that a vast majority of sexual abuse goes unreported.

While Uber has an array of its own built-in safety features, including 911 texts, rider PIN numbers, and on-trip reporting, concerns still linger around the onboarding on drivers. A Washington Post report detailed how the company’s own safety officers prioritized liability over rider safety.

In response to growing concerns over ride-sharing, a team of industry experts in healthcare, military service, and public safety and policy built UrSafe, a hands-free personal safety app. The app features include a voice-activated SOS, built-in background screening, real-time location-sharing, and geo-located 911 response that functions in over 240 countries.

“The personal safety space has largely been left untouched by innovators despite the fact that our internet-driven lifestyles require us to interact with and meet strangers more than ever,” Anthony Oyogoa, CEO and Co-Founder of UrSafe, said in a press release. “We created UrSafe to adapt to individuals’ modern safety and security needs regardless of who they are, what they do, or where they live to empower everyone to live a life without fear.”

As the Washington Post report outlined, investigators at Uber were not permitted to escalate criminal reports to the police, no matter how damning the evidence, nor were they they allowed to advise victims to go to the police or lawyers themselves. Not only is this detrimental to rider safety, but it also slows down the legal process, at a time when the law is struggling to keep up with the advances of technology.

“Besides changing the culture of personal safety and putting power back in people’s hands, we also believe this feature will be a source of information for law enforcement around the world in emergency situations,” said Ruma Patel, Co-Founder of UrSafe. “Rather than having to rely on third parties to disclose time-sensitive material, it will be readily available for users and their family and friends to provide if they choose.”

Unlike other geo-location apps, UrSafe’s ‘Follow Me’ feature allows users to choose when their contacts can follow them, in addition to how frequently they receive updates on their journey. If a user feels unsafe or has an emergency, they can trigger the apps SOS system with their safeword. It will either initiate live stream audio and video for their selected contact to monitor their situation or alert emergency authorities.

The app is available to download on both Android and iOS devices. Once downloaded, users will need to confirm their phone number, enter a security pin, create a safeword, and select emergency contact(s). While the app is more common among women using ride-sharing apps, it was created to keep people safe in all walks of life, and situations such as online-dating, traveling, during extreme weather, and for children while they’re at school.

While safety apps and tools like UrSafe can give users peace of mind while traveling, having friends track whereabouts or enabling audio-recording of car trips can only help after the worst has already happened, especially if the driver is one Uber’s lax background check policy has turned a blind eye to.

It’s important to remember that technology is a tool, and not a cure-all solution to combating sexual abuse. When it comes to assault that is facilitated via apps and platforms, the responsibility falls onto the tech giants that have built them, and manage them. Ride sharing apps have a responsibility to handle sexual harassment cases, but as technology advances and Silicon Valley takes safety concerns into their own hands, the law is only falling further behind.

Read next: How to set up a birthday fundraiser on Facebook