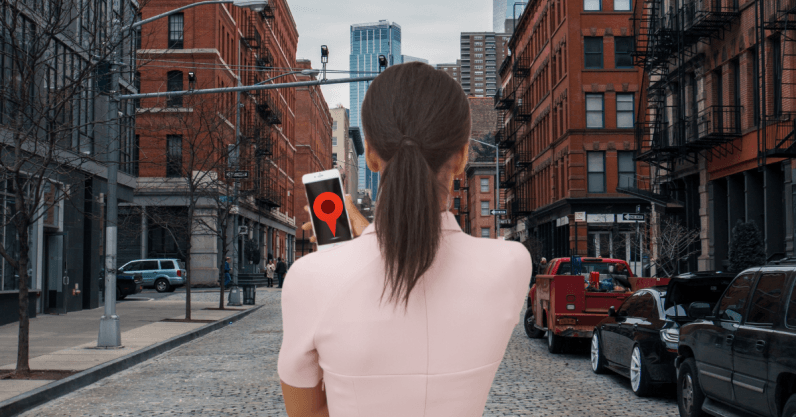 This story explores how the app bthere wants to combat and prevent sexual assault on college campuses using group messages and geolocation tracking.

When it comes to preventing sexual assault, it’s clear we need to look for new ways to do so. New companies and projects are employing emerging technologies, like Callisto, which records and anonymizes information.

Another is bthere, a group messaging app developed by Handsome, launched by entrepreneur Ben Johanson in 2017, that incentivizes friends to hang out IRL. The app utilizes location-sharing technology to reward users with points for every hour they spend with each other. These can be exchanged for discounts to clothing stores or restaurants, but it’s now also being used as a resource for students to stay safe on college campuses.

According to the Rape, Abuse & Incest National Network (RAINN), one in five women and one in 13 men on average will be assaulted during their undergraduate career in the United States. Less than 10 percent will ever report their assault to the police and those who do, on average, wait 11 months to make their report. After Johanson’s own friend was assaulted on a college campus, he was inspired to create a tangible resource for friends to easily stay in touch and keep each other safe.

In an effort to promote Sexual Assault Awareness Month in April, bthere partnered with It’s On Us, a project created by Barack Obama and The White House Council on Women and Girls, to help prevent sexual assault on college campuses.

The free app, available on iOS and Android, enables friends to be held “accountable for each other during a night out” by creating “circles” (or group messages), sharing live-locations on an interactive map, displaying a phone’s battery life, and sending an SOS “Come Get Me” alert to the group if needed. Hopefully by placing the responsibility on friends to look out for one another, bthere will put pressure on universities to create policies that will result in safer campus culture.

Other apps designed to keep you safe

bthere isn’t the only app using geolocation to keep people safe. Another such project is BSafe, a safety app primarily targeted towards parents and children. The app has a “follow me home” option so users can pre-select people to watch them walk home through live streaming video and simultaneous GPS tracking. It creates a virtual presence designed to protect the victim by automatically making emergency phone calls, turning on a flashlight, and sounding a loud alarm to frighten potential attackers.

Another preventative app is the Circle of 6 which sets up a prewritten text ready to send to friends while also tracking a user’s exact location. In 2011, it won The White House’s “Apps Against Abuse” award and is now available in 36 countries on the iOS and Android app store.

And there are countless other apps that provide resources to victims of abuse, such as Toranj, an Android app which  quickly connects Iranian women experiencing domestic abuse with the resources and support they need to be safe. According to the app’s website, Toranj helps users make emergency calls and provides legal and educational resources.

But while geolocation tracking can be used to keep people safe, it’s also been used to surveil women. For example, Absher, a government-based mobile app in Saudi Arabia, came under criticism earlier this year amid claims that it reinforced the country’s system of male guardianship. The app’s features allowed Saudis to renew their driver’s license and request government documents online, it also reportedly gave male users the option to receive SMS alerts when female “dependents” showed their passports at borders — effectively allowing men to track and control women’s movements.

Safety and preventative apps like bthere are a step in the right direction for making students, and particularly women, feel safer on a night out. It’s worth keeping in mind that while technology is black and white, the world of humans is not. We can never solely rely on technology to protect us, but apps like this have the potential to create broader shifts in education and university policy.

Read next: The roadblocks to European fintech expansion