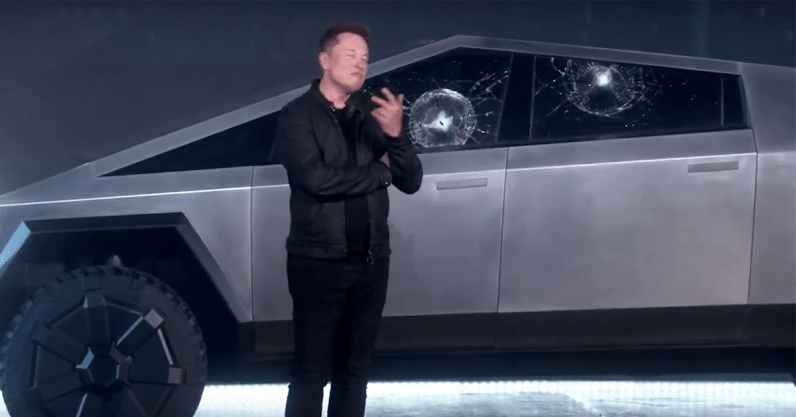 The Cybertruck was a great boon to the meme economy, but it might also do wonders for Tesla‘s revenue.

According to an unofficial tally, the Elon Musk-headed company has secured over half a million pre-orders for its unorthodox electric truck, Electrek reports. Tesla hasn’t updated the numbers in a while, but Cybertruck reservation holders at Cybertruckownersclub.com estimate pre-orders have blown past the 500,000 mark.

[Read: Tesla’s Cybertruck looks weird, but so did Apple’s AirPods]

“The 522,764 pre-orders represents an average of 5,873 orders received per day in the 89 days since (and including) reveal night,” the data shows. Out of those pre-orders, 17% are for the one-motor version of the Cybertruck, which starts at about $40,000. Pre-orders for the dual- and tri-motor versions are sitting at 42% and 41%, respectively.

Of course, we should take the stats with a grain of salt as these are self-reported numbers. Factoring in that Musk, noted dancer and music producer, hinted the Cybertruck had reached 250,000 pre-orders a week after its release in November, the data seems plausible. We won’t know for sure until Tesla drops more deets, though.

Tesla is hoping to launch the two higher-end models by late 2021, but taking into account the company’s record of missing production targets — that seems like an optimistic goal.

More recently, Tesla top dog Musk has been questioning Bill Gate‘s decision to go with a Porsche Taycan over a Tesla — not that he can expect more from someone whose conversation game is “underwhelming” at best.

Read next: The US takes Facebook to court over $9 billion in (allegedly) unpaid taxes