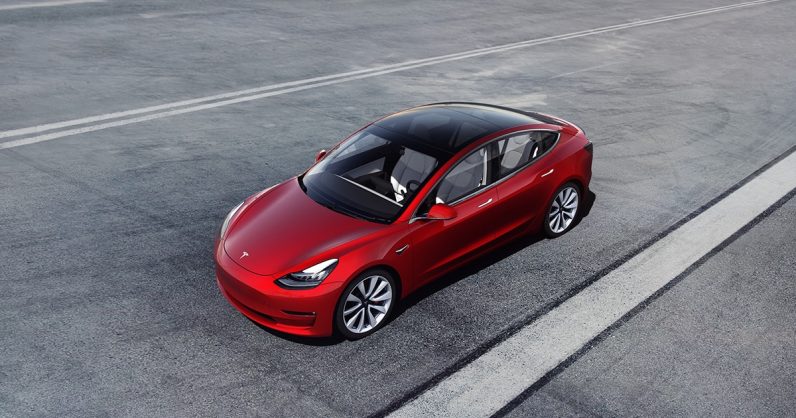 Last night, Tesla announced that it’s finally making its much-awaited $35,000 Tesla 3 sedan available for purchase. However, the most eye-catching part of the announcement wasn’t about the car, but about the company’s decision to move its sales exclusively online.

CEO Elon Musk said that it took this decision in order to was to keep Tesla’s cars affordable. He noted that this move will allow the company to lower all vehicle prices by about six percent on average. Because of this decision, the company won’t have to spend on keeping showrooms open, and on employing salespeople. Only a handful of showrooms will remain open to serve as ‘galleries’ and information centers. And while that all sounds absurd, it might just make sense for this particular electric vehicle company.

Traditional car companies with multiple models and configurations need salespeople to help customers make sense of their wide ranges of offerings. However, Tesla may not need to rely on them quite as much. Its catalog of vehicles is limited (perhaps by design), and the company enjoys strong brand awareness.

Tesla is also banking on the experience of briefly owning a Tesla – as opposed to a short test drive – to win over customers. That could help win some people over, particularly since you’ll get a chance to learn over a few days or a thousand miles if you’re truly comfortable with the vehicle before you decide to actually buy it.

Over nearly a decade, manufacturers like Ford, Peugeot, and Hyundai have made efforts to sell cars online. But Tesla’s initiative could push online vehicle shopping even further. A survey by research firm BCG published last year suggested that 40 percent of customers worldwide are comfortable buying their next car online. That could mean Musk & Co. are onto something.

The move could see Tesla earn more revenue from vehicle sales and reduced overhead from here on out. The company registered its first profitable quarter in Q3 2018 and passed BMW in valuation, so it’s perhaps a good time to experiment with this new model. It’ll be interesting to see how this plays out, and if other automakers follow the company’s lead in the near future.