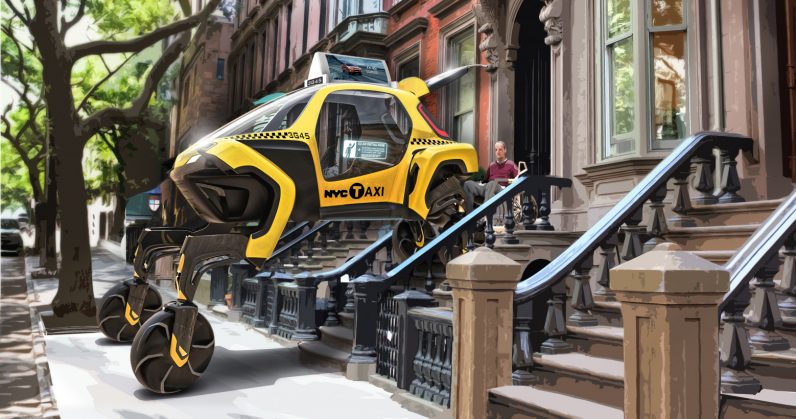 It’s clear at this point that the future of the automotive world revolves around bleeding edge technology that’s self-driving or, perhaps, even flying. But what if it’s none of those things? What if it’s a car that walks on four legs?

Hyundai puzzled CES audiences the world over at this year’s event with a concept that focused on exactly this. It’s on-trend, with an electric power plant. But unlike the Tesla’s of the world, Hyundai’s “Elevate” concept ditches the wheels in favor of four legs capable of navigating nearly any type of terrain.

By combining the power of robotics with Hyundai’s latest EV technology, Elevate has the ability to take people where no car has been before, and redefine our perception of vehicular freedom. Imagine a car stranded in a snow ditch just 10 feet off the highway being able to walk or climb over treacherous terrain, back to the road potentially saving its injured passengers — the is the future of vehicular mobility.

Inside Elevate, passengers would maintain a comfortable ride while nestled inside a vehicle capable of climbing a five foot wall or utilizing in-wheel propulsion to glide smoothly along American interstate highways. 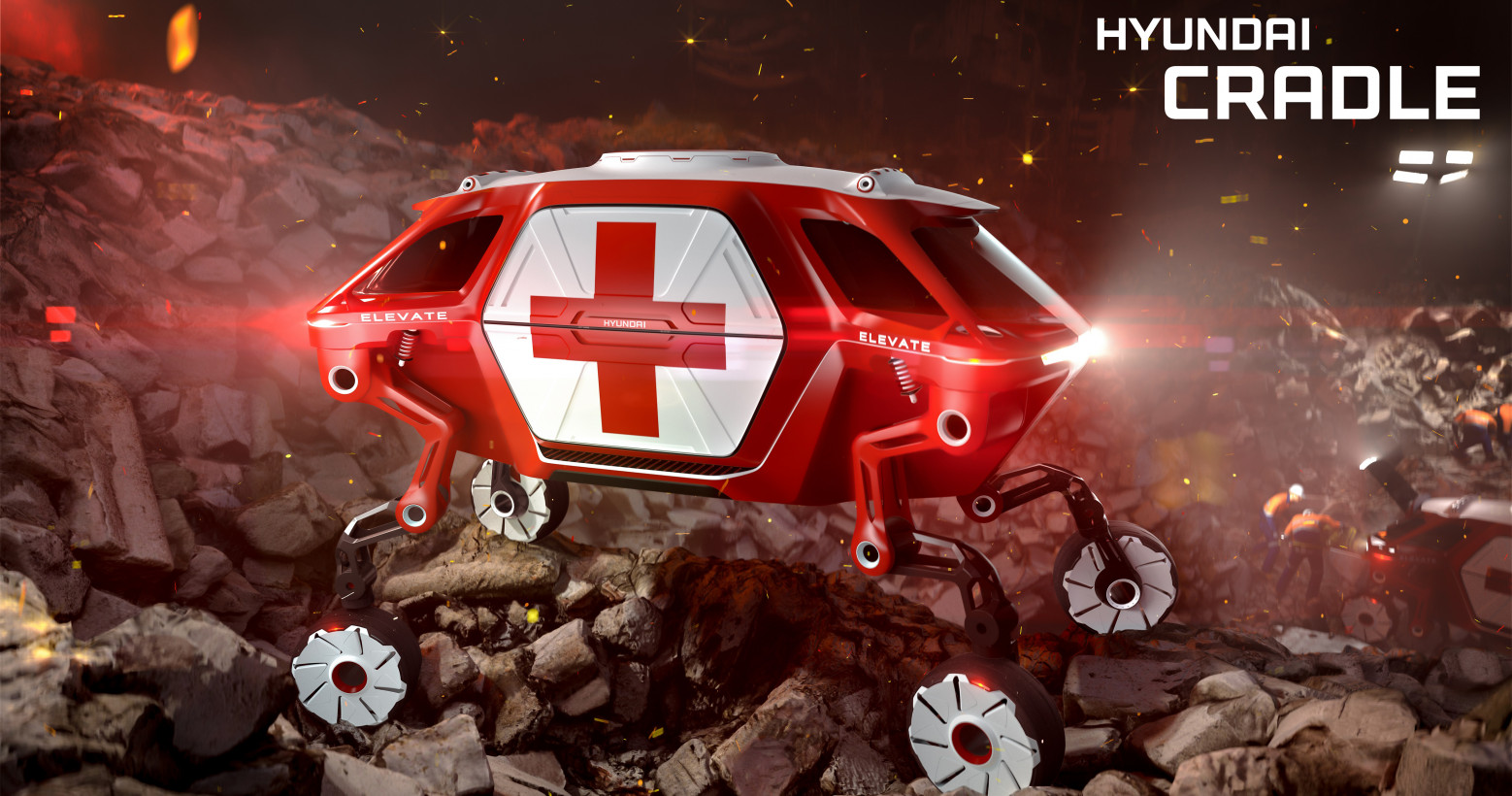 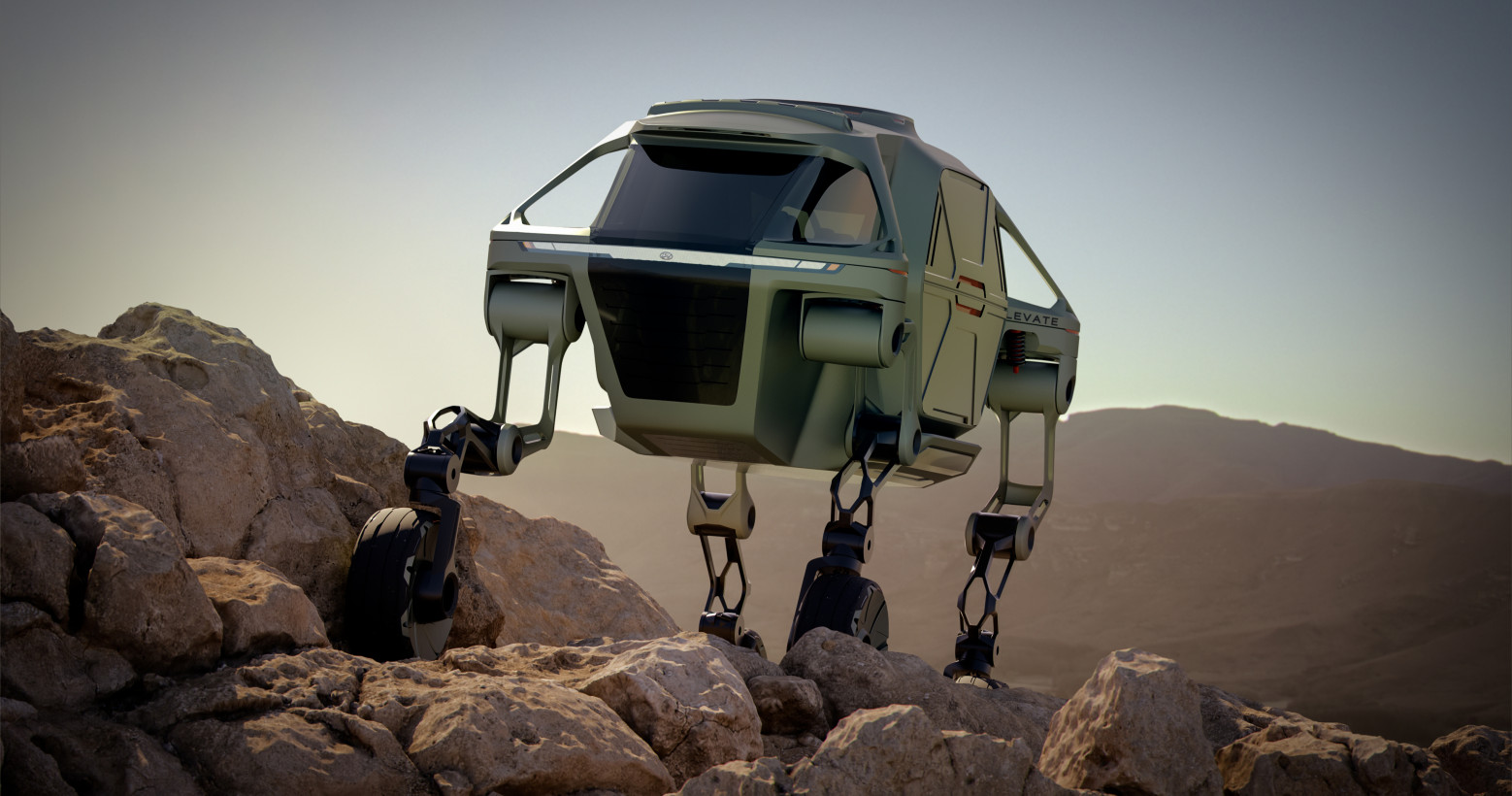 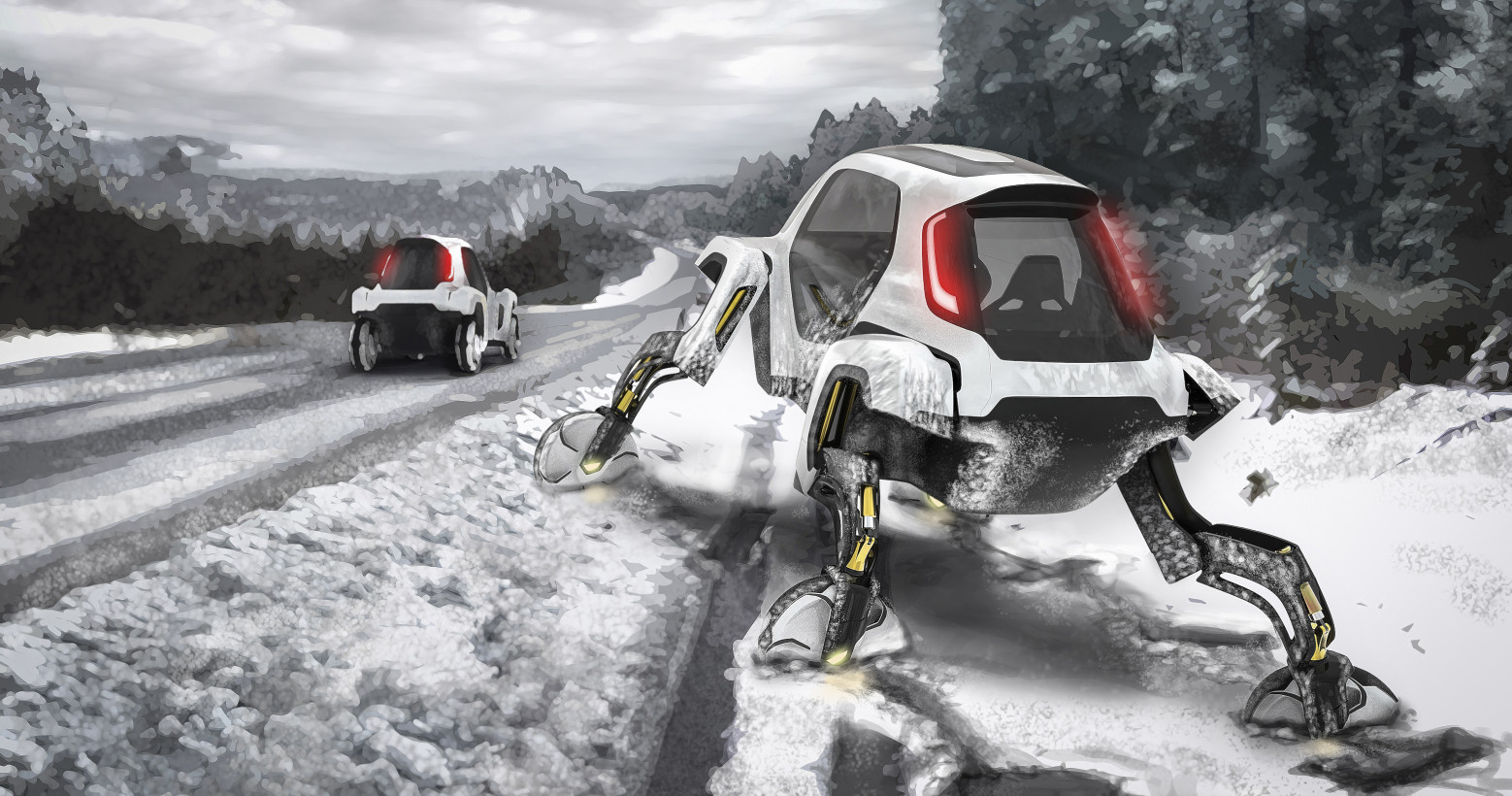 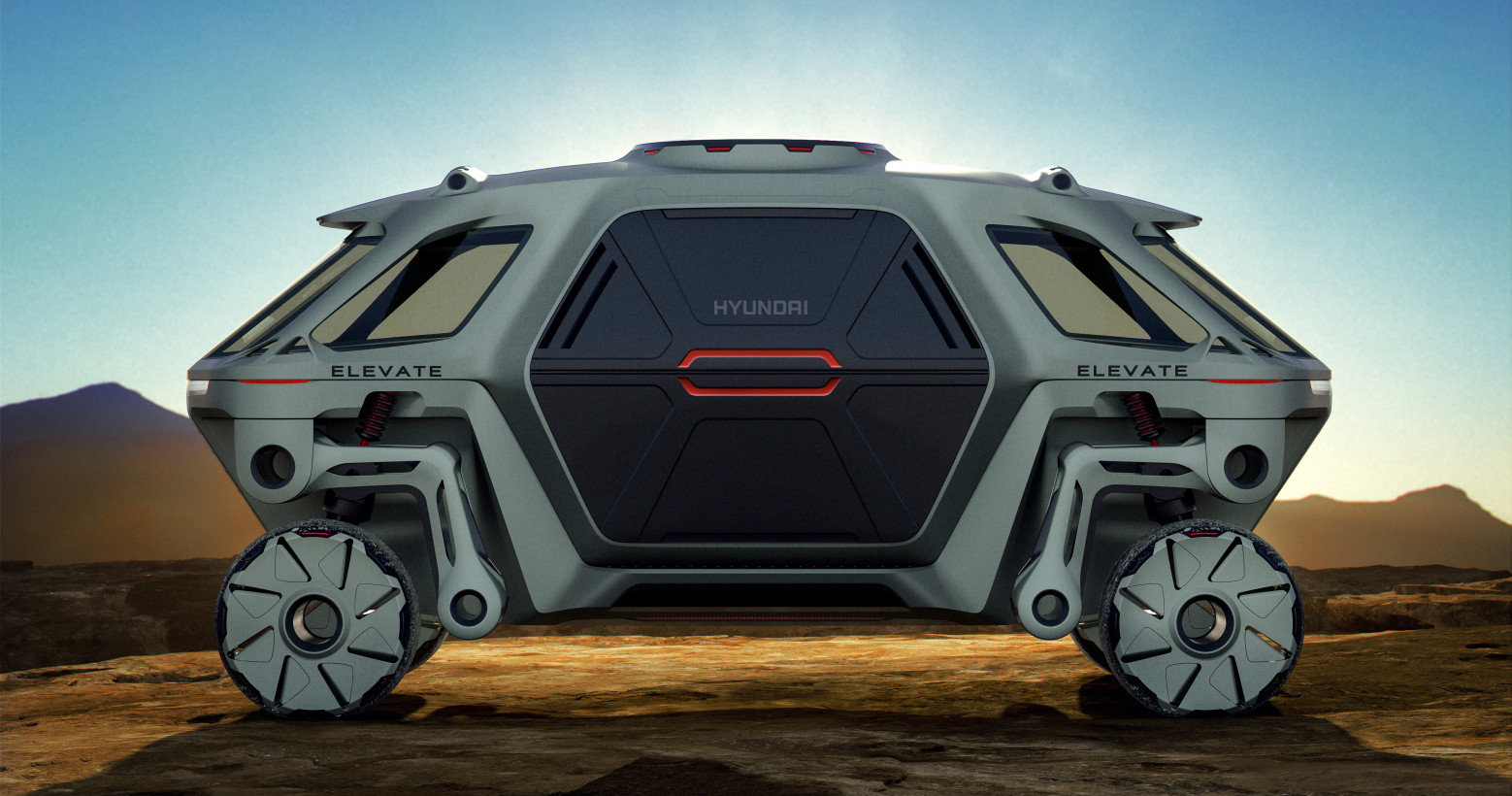 “We have been working with Sundberg-Ferar on the Elevate concept for almost three years now,” added Hyundai VP John Suh. “Elevate is part of our various ‘Last-Mile’ technologies and solutions and it also has “Last 100 Yards’ capability too.”

For consumers itching to get their paws on a four-legged automobile, you’ll probably be waiting a while. Hyundai says the vehicle will first be made available to first responders and other personnel responding to disaster situations.

If all goes well, maybe one day you can park one next to your Tesla.