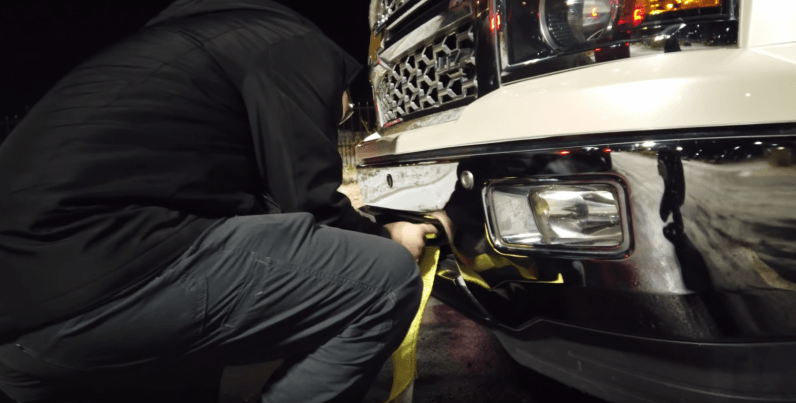 There’s no better way to “own the libs” than parking a gas guzzling pickup in front of a renewable fuel source.

For Tesla owners, the problem is very real. It’s called “ICE-ing,” which involves parking in front of a Supercharger station to block electric vehicles from being able to recharge. Without electricity, Tesla’s become, essentially, $80,000-plus paperweights with an on-demand fart button.

As for why truck owners want to protest clean energy, that that remains unclear. But they do seem to take a great deal of pleasure in ICE-ing Tesla owners out of their required fuel source. The act is such a problem it’s actually been banned in nine states — Arizona, California, Florida, Hawaii, Illinois, Massachusetts, Oregon, Rhode Island, and Washington — and several other US cities.

One Reddit user, who goes by the name Licina, said that they experienced a group of trucks blocking all the Supercharging spots in front of a store in Hickory, North Carolina while chanting “Fuck Tesla.”

Tesla Trip, a YouTuber familiar with the ICE-ing trend, decided to see what would happen if he took matters into his own hands. So he hooked up a tow strap to his Tesla Model X — a car that once pulled a semi up a snowy hill in one viral video — and attempted to pull the 5,104 pound Chevrolet Silverado 1500 out of the way. This, of course, wasn’t an actual instance of ICE-ing, as he’d borrowed the truck from his sister for the experiment. Before starting, they’d engaged the emergency brake on the Silverado to simulate the experience of pulling a parked vehicle.

Unsurprisingly, the Model X was able to pull the truck out of the way with relative ease.

“I was taking it slow,” said the Tesla driver. “The car didn’t struggle in any way, shape, or form.”

The 5,104 pound truck, in case you were wondering, is only slightly over the Model X‘s 5,000 pound rated tow capacity.