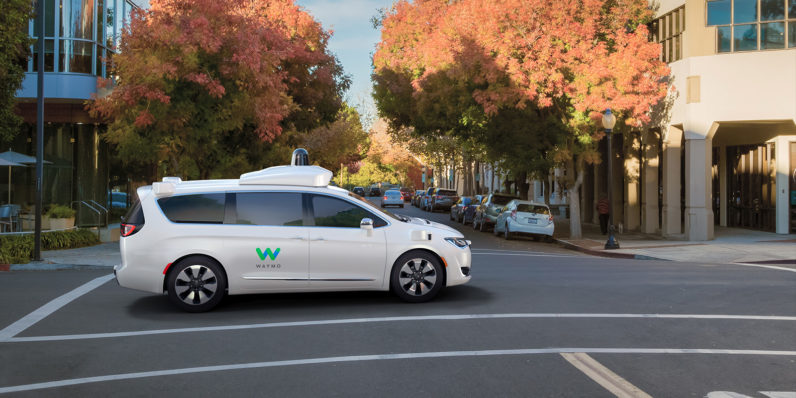 As if Uber wasn’t already in enough trouble over claims of sexism within its organization from earlier this week, the company is sinking deeper in hot water as Waymo, the self-driving vehicle firm spun off from Google, is suing the company for allegedly stealing a key component of its autonomous car tech.

A lawsuit filed on Thursday in a San Francisco federal court focuses on the alleged wrongdoings of former Waymo employee Anthony Levandowski, the engineer who built Google’s very first self-driving car. He is also a co-founder of Otto, the self-driving truck firm acquired by Uber in August 2016 for $680 million.

In the suit that targets both Uber and Otto, Waymo claims that six weeks prior to leaving Google, Levandowski made off with 9.7GB of data, including 14,000 “highly confidential” files on an external hard drive like blueprints, design files and testing documentation. Among the haul was the design for Google’s LiDAR and circuit board.

Describing the LiDAR sensor system in a recent blog post, Waymo noted that “It can distinguish between a pedestrian and a picture of a person. It can also see shapes in three dimensions, detect stationary objects, and measure distance precisely.” The company also said that designing it in-house helped to bring down the cost by roughly 90 percent when compared to options from third party manufacturers.

Waymo said that it found an email from a LiDAR supplier on Levandowski’s company computer with the subject line “Otto Files” and numerous attachments, including drawings of Otto’s lidar circuit board, which looked suspiciously like its own design.

The Alphabet-owned company also stated that other employees who later joined Levandowski downloaded “supplier lists, manufacturing details and statements of work with highly technical information” just before they left Waymo.

If Waymo wins, the case could seriously undermine Uber’s self-driving efforts. The company has been trialing autonomous cabs in Pittsburgh, San Francisco and Tempe, Arizona; it also prepped Otto to begin offering freight hauling services in its self-driving trucks this year, and demonstrated the capabilities of its vehicles last October by transporting a shipment of Budweiser beer across a distance of 120 miles between Fort Collins and Colorado Springs.

Waymo is seeking an injunction to stop the misappropriation of its designs, have all its trade secrets returned and cease infringing of its patents. You can read the full complaint here.

Read next: How Google is trying to make SMS sexy again